Most endangered cat in Americas discovered on outskirts of Chilean capital

The elusive Andean Cat has surprised conservationists after one was caught on a camera trap close to the Chilean capital of Santiago.

As reported in the Guardian, Andean Cat is the most endangered feline in the Americas. With a declining population of fewer than 1,400 mature individuals, the footage heralds a signal because it confirms a new population living close to humans.

"We have never found a population so close to a large city before," said Bernardo Segura, who volunteers for the non-profit organisation Andean Cat Alliance (AGA), a coalition of conservationists who co-ordinate their efforts across Chile, Argentina, Peru and Bolivia. 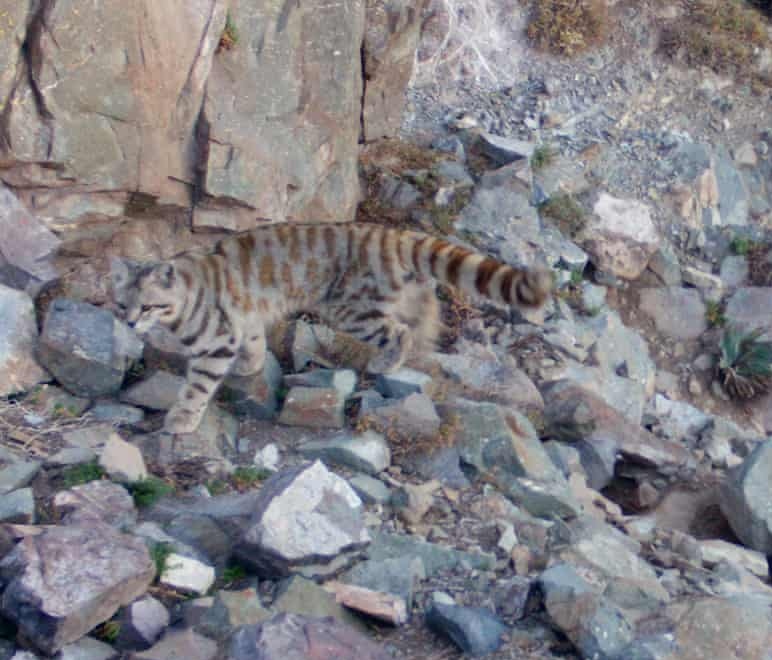 "This changes what we know about Andean Cats and may offer some solutions to how to protect this and other species in the wider mountain ecosystem, which is highly under-studied. Finding one of the most elusive animals in the world just outside Santiago strikingly illustrates this."

Until now, Andean Cats were believed to live only in extremely remote rocky terrain far from cities. But after seeing high numbers of the cats' favourite prey – rodents called Mountain Vizcachas – around the popular Parque Mahuida nature reserve on the edge of Santiago, Segura trusted a hunch and in February placed camera traps above the neighbourhood of La Reina, about 2.5 km from the city.

In July, he had his first images of an Andean Cat. Since then, his camera has taken about 40 more. "So far, we have identified at least three individual adults passing continually, suggesting this is the core of their territory and not just a chance encounter. For several of the cats to be living so close to a huge city will open many doors for research. Trips to the field are usually complicated, far away and difficult to reach, but I can see this site from my own apartment with a long lens."

Having easy access to a population will help AGA tackle key issues in the conservation of Andean Cats, including the collection of scat, or faeces, for genetic analysis. This is hard to find in their other known habitats – huge territories that span the higher Andean peaks, and on the northern part of the Patagonian steppe in Argentina. Previous research had identified five highly fragmented populations between the four countries, stretching north to south between Peru and Argentina.

"A primary aim is to work out if these Andean Cat populations are linked or isolated," said AGA’s general coordinator, Dr Rocío Palacios, a specialist in felines for the International Union for the Conservation of Nature.