Hundreds of vultures have been found dead in Guinea-Bissau over the past 10 days, according to the Vulture Conservation Foundation (VCF).

As of 28 February, the known death toll was placed at 648 – and this figure continues to rise in what represents a massive blow to the country's vulture populations.

Last week, an incident was reported in the eastern province of Bafatá, which was initially thought to have caused around 200 vulture deaths. However, the death toll subsequently increased substantially. Poisoning was initially thought to be the cause, given that this has become a frequent occurrence across Africa and is now recognised as posing the biggest threat to vultures around the continent. 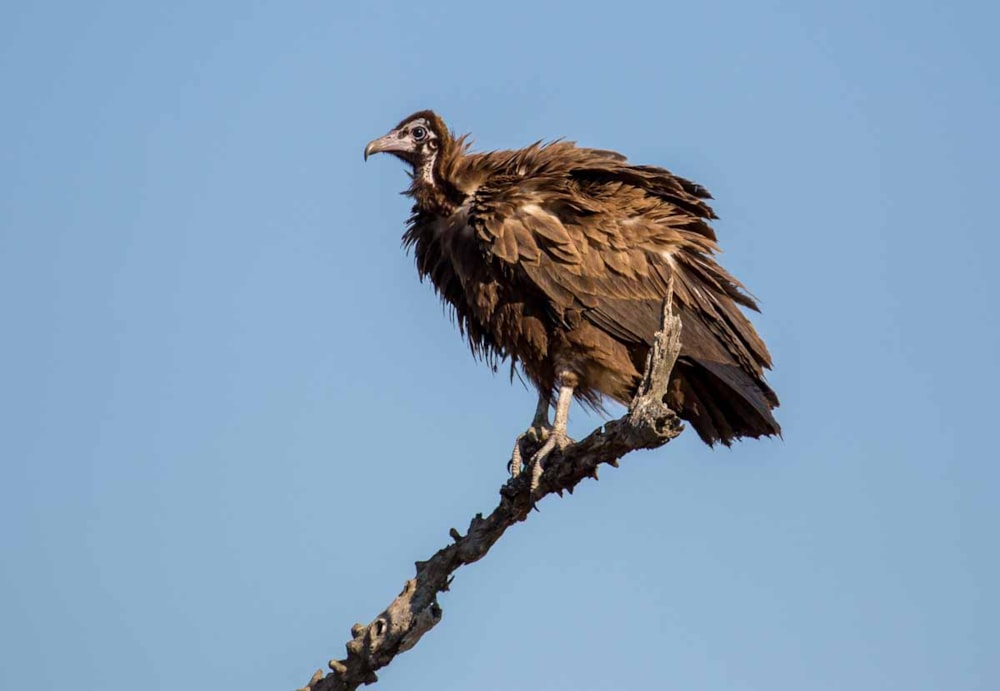 The Critically Endangered Hooded Vulture appears to be the most-affected species in February's shocking incident in Guinea-Bissau (Richard Crossen).

André Botha, the Endangered Wildlife Trust Africa's Vultures for Africa Programme manager, said: "In recent years, we have unfortunately faced several incidents where hundreds of vultures died around a poisoned carcass, usually due to human-wildlife conflict with predators, we first thought this was such a case."

However, the situation has since become more confusing, with dead birds found across several areas within Bafatá province. Such dispersion of victims has complicated the case, as poisoning incidents are typically more concentrated. Therefore, the precise cause of death remains to be established.

A quick response team was sent to the region and had incinerated at least 135 vulture carcasses by 24 February to minimize the risk of spread. However, reports of further vulture deaths from across the country have complicated matters – even though not all of those have been officially confirmed yet. Now the World Health Organisation office in Bissau has become involved, as such an incident could pose a threat to public health. Samples have been collected from the vulture carcasses and will be sent to Ghana for laboratory analysis to help determine the cause of death.

As for species affected, it appears that the Critically Endangered Hooded Vulture has bore the brunt of the deaths, and this appalling incident undoubtedly deals a major blow to its status in West Africa.

VCF director José Tavares commented: "The authorities so far have been very responsive and acted quickly – this needs to be maintained until the cause of mortality is found."

Vultures have suffered dramatic declines across sub-Saharan Africa in recent years, with the IUCN uplisting four species to Critically Endangered. Many are now seriously threatened by a genuine threat of extinction – or at least extirpation from vast areas where they were once common.