There have been mixed results for the world's animals following this year's update to the IUCN Red List of threatened species.

Ahead of the annual update on bird species the analysis for other taxa was announced. Sadly, some 31 extinctions have been announced and all of the world's freshwater dolphin species are now globally threatened. However, European Bison has moved from Vulnerable to Near Threatened, thanks to years of conservation efforts. 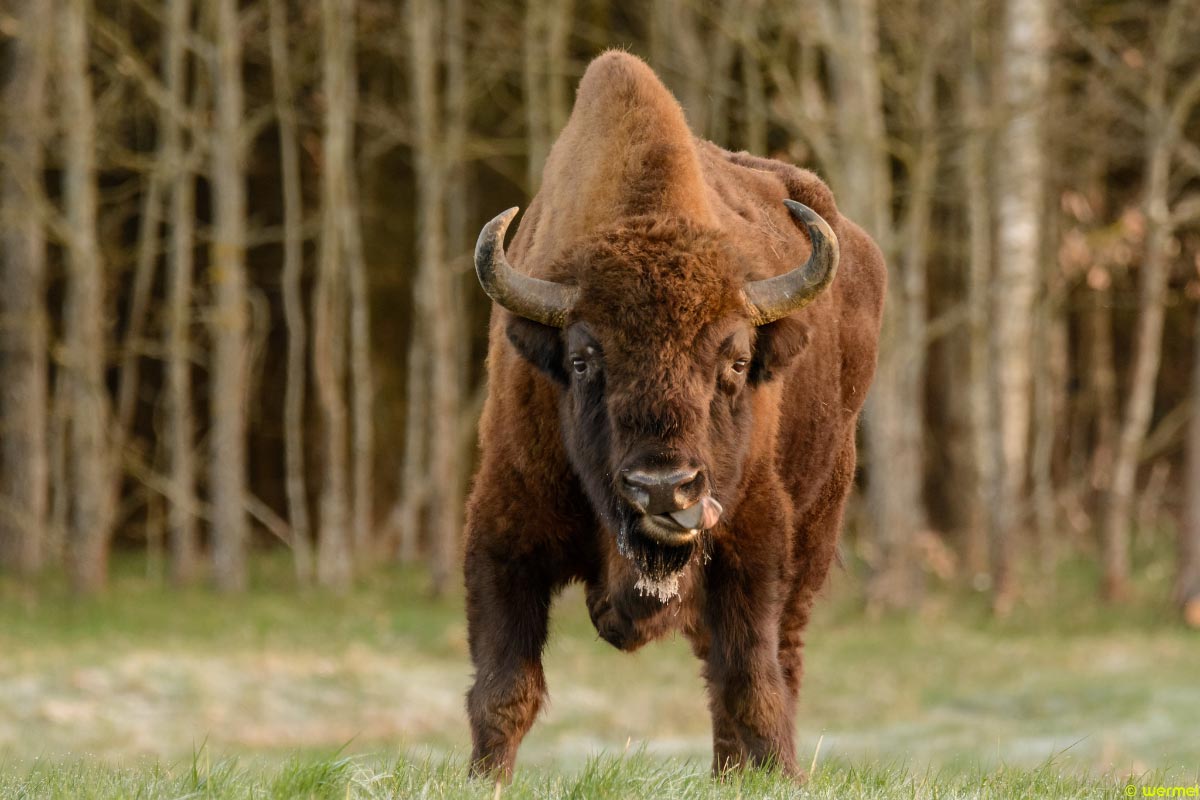 The bison was hunted to extinction in the wild in the early 20th century, surviving only in captivity until its reintroduction in the 1950s. But it would take many more years of care and management before it truly started to thrive. Finally, between 2003 and 2019, its wild population skyrocketed from 1,800 to over 6,200 bison, justifying the move from Vulnerable to Near Threatened this year. Today, there are 49 free-ranging herds, with the largest numbers found in Poland, Belarus and Russia.

Despite this uplifting news, in this year's update some 31 species were officially announced extinct. These included 15 species of fish found only in Lake Lanao in the Philippines, whose demise came about due to invasive species, destructive fishing methods and overfishing. Also on the extinction list are three Central American frog species, who have been wiped out by the devastating chytridiomycosis disease: a fungal infection rapidly spreading across the world's amphibians.

Fortunately, efforts to protect critical habitats are helping several other amphibian species to recover. Among them is the Oaxaca Treefrog, which moved from Critically Endangered to Near Threatened this year thanks to the dedication of local communities in Mexico.

With Tucuxi Dolphin moving from Data Deficient to Endangered this year, all of the world's freshwater dolphin species are now listed as threatened. The Tucuxi, a small grey dolphin found in the Amazon river system, has been decimated by accidental 'bycatch' in fishing gear, damming of rivers and pollution. Their recovery will require eliminating the use of gillnets – curtains of fishing net that hang in the water – reducing the number of dams and enforcing the ban on the deliberate dolphin hunting.

Even something as solid and familiar as the oak tree is no longer safe from human pressures. This year, a comprehensive assessment of this group of trees reveals that nearly a third – 113 of 430 species – are threatened with extinction. Land clearance for agriculture and logging are the most common threats in China, Mexico and South-East Asia. In the USA, however, invasive alien species, diseases and climate change are the main concerns.