The Angling Trust has publicly urged fisheries and fishing clubs to submit more applications for licences to control Goosander and Great Cormorant numbers across the UK, generating an outcry from conservationists.

The Trust, which considers both species to be pests that need their numbers controlling, has made the plea after government ministers confirmed that the annual shooting cap of 3,000 Great Cormorants won't be raised unless there is a greater demand for licences.

The cap was comfortably missed during the 2016/7 season, when 2,400 Great Cormorants were shot nationwide. However, the Trust is now working with Natural England to provide better guidance to fishery managers with regard to submitting successful applications. The results of this collaboration are expected to include requests of licence extensions into April and May, when birds will be breeding, in order to shoot birds feeding on salmon smolts, as well as short-notice applications during cold winters on the continent in order to kill any subsequent influx of either species.

Mark Lloyd, Chief Executive of the Angling Trust & Fish Legal, stated: "We are doing all we can to protect fish and fishing from the rising numbers of Great Cormorants and Goosanders on our rivers and lakes, despite substantial political resistance. We need the angling community to pull together by submitting a large volume of high quality applications, with our support, for Area Based Licences to control these birds at sustainable levels."

However, the claim that both species' populations are still on the increase is questionable. The UK's wintering population of Goosander increased between the late 1960s and mid-1990s, but has subsequently declined. Historically, the UK's Great Cormorant population has been restricted to a low level due to human persecution and pesticide pollution. The continental subspecies sinensis has increased its range significantly since the 1960s – in part down to depleted fish stocks in our oceans – and rapidly colonised inland areas, where heavily stocked fisheries offer bountiful feeding opportunities. However, this increase has stabilised in recent times, and furthermore the nominate subspecies carbo has declined by around 11 per cent over the last three decades, according to BTO data.

The Trust's public appeal has been the subject of at heated response from birders, conservationists and anglers alike, who have made their feelings known on Twitter. 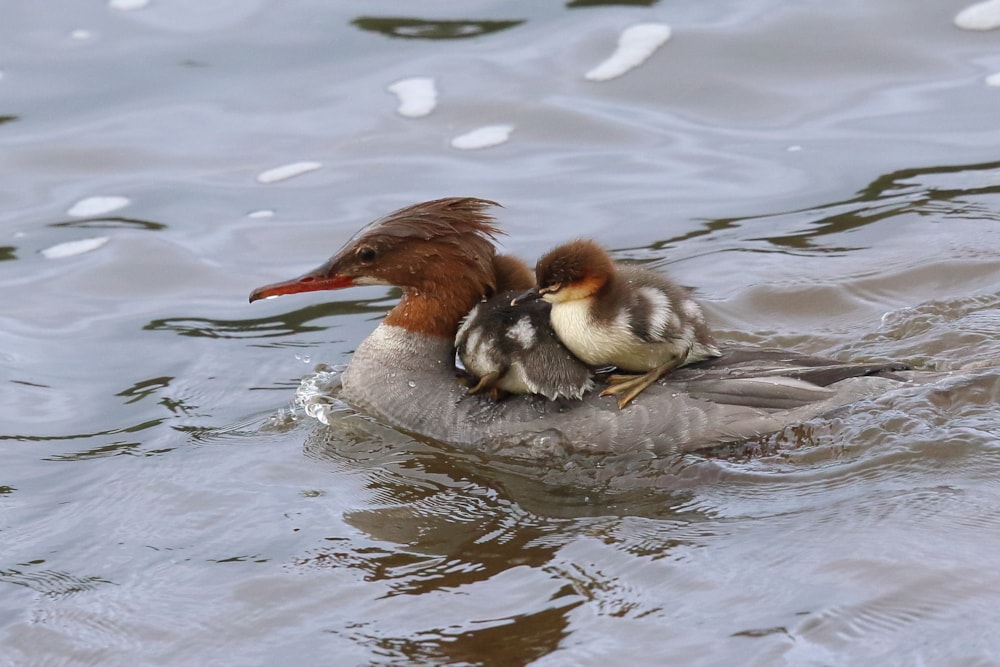 The UK's breeding population of Goosander has increased, but its wintering population has declined in recent years (Gary Nicholson).