A new analysis of government data by the RSPB shows that the burning of moorlands is the biggest identified threat to England's most important places for wildlife, known as Sites of Special Scientific Interest (SSSIs).

The other major finding in the analysis is that Natural England has not identified any reason for half of all the English SSSIs that are in poor condition. This means that it is unknown why 316,167 hectares of England's SSSIs are in poor condition, an area roughly the size of Gloucestershire.

Without this information, it will be impossible for the Government and Natural England to put in place the actions needed to achieve the target to restore 75% of SSSIs to good condition.

While burning is the largest known cause of SSSIs in poor condition, the analysis also identifies overgrazing and water pollution (especially from agriculture) as being important contributors to the parlous state of these sites.

Moorlands are burned to create habitat for grouse for shooting and also to make them more productive for grazing. This causes long-lasting damage to highly sensitive peatland habitats and the loss of threatened species. It also results in the release of carbon to the atmosphere (adding to climate change), reduces the quality of drinking water (increasing water bills), increases water run-off (exacerbating the risk of flooding) and adds to air pollution.

The RSPB's Head of Site Policy Kate Jennings said: "Many of these 'recovering' sites are not recovering at all. Natural England put many SSSIs into this category a decade ago because it assumed that entering into a plan or agreement with the landowner would automatically lead to the restoration of the site, without considering whether the plan was being funded, implemented or proving effective.

"A decade on, the evidence clearly shows that this was a mistake. The little SSSI monitoring that Natural England has carried out in recent years shows that 'unfavourable recovering' sites are being downgraded to 'unfavourable no-change' or 'unfavourable declining'. This is despite large amounts of public money being spent on agreements which were never going to drive recovery, including some which allow moorland burning to continue and so perpetuate damage to these precious places." 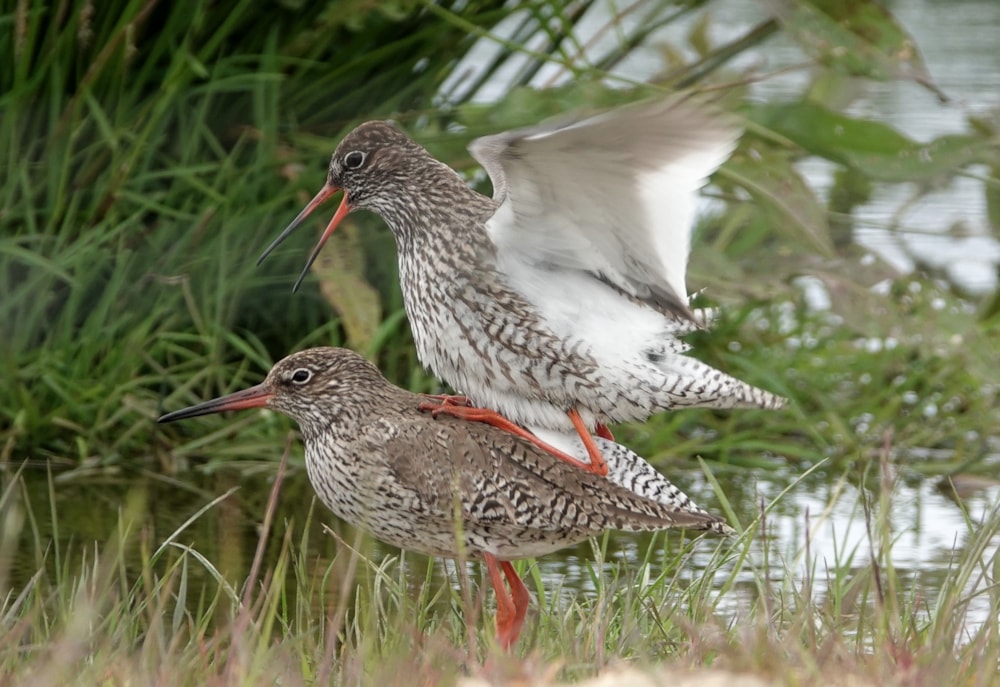 Shooting bodies claim that breeding waders, such as Common Redshank, benefit from moorland management, but burning carries with it a long list of negative effects (W Schulenburg).

SSSIs are the best remaining places for England's wildlife. Studies show that without SSSIs our wildlife would have suffered much worse over the past 50 years. They only cover 6% of England but, if restored, these sites can drive nature's recovery, contributing to the 30% of land the Government has pledged for nature.

Alongside their role conserving wildlife, protected sites deliver benefits to society of around £1 billion, nine times the amount of public money spent on them. This includes improving water and air quality, reducing flood risk and storing carbon. They also offer us all a place to access nature, benefiting our mental and physical health.

Natural England's budget has been slashed by around two thirds over the last decade. As a result, spending on SSSI monitoring fell from nearly £2 million at the start of the decade to £700,000 in 2019 and more than 70% of SSSIs have not been monitored in the last six years.

Kate Jennings concluded: "A ban on peatland burning would be a 'quick win' in helping to achieve the Government's target to restore 75% of SSSIs to favourable condition by 2042, and is also an essential step towards tackling the climate crisis. This is a critical next step in protecting and restoring our internationally important upland peatlands. The Government has repeatedly promised a ban but has not yet done so."

"It is also essential that SSSIs are regularly monitored, so that we know what state they are in, what is causing damage to their wildlife and what actions need to be taken. Without this, achieving the Government's target will be impossible."