A new report has revealed that Montagu's Harrier failed to breed anywhere in the UK in 2020.

It's more than four decades since the last time there was a total lack of nesting attempts by the species, with the last blank year in 1975.

Only three female and six male Montagu's Harriers were reported across the country in 2020, according to the latest annual report of the Rare Breeding Birds Panel (RBBP), and none of these formed a pair. 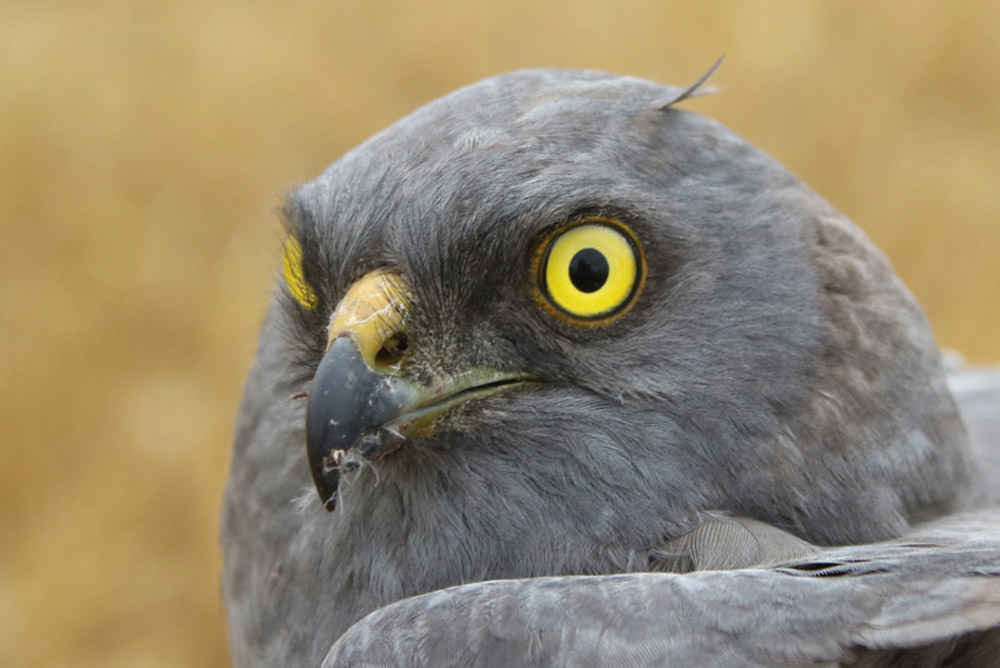 Montagu's Harrier failed to breed anywhere in the UK in 2020 (Mark Thomas).

Montagu's Harriers is migratory, spending just a few months of the year on breeding grounds and wintering in Senegal. Like many other migratory birds, the species faces multiple threats across many countries, and it can be hit by extreme weather and illegal hunting on migration.

The low numbers that do make it back to Europe to breed then face further pressures. Montagu's Harriers nest in agricultural fields, in particular winter cereals and oilseed rape in the UK, and often return to the same nesting areas each year. Their previous strongholds in Spain and France are diminishing due to intensification of agriculture, such as earlier harvest dates, as well as wetter summers.

Intensive conservation interventions are necessary to protect nests from agricultural operations, reduce predation risk, prevent disturbance and the possibility of illegal persecution. The latter, as for many raptors, is suspected to be an issue: satellite-tagging has revealed that two breeding females, including one featured on BBC Autumnwatch, both vanished unexpectedly from the same area in Norfolk in recent years. Last year, Montagu's Harrier was added to the Red List, the highest category of the UK's Birds of Conservation Concern assessment.

At present, with few individuals returning and no breeding, the future looks bleak for Montagu's Harrier in the UK. However, the species has recovered before, and committed conservation staff, volunteers and landowners are determined to ensure it recovers again.

However, the latest RBBP report highlights some positives for rare breeding birds in the UK. There were record highs for 12 species, including Common Crane and White-tailed Eagle.

Western Cattle Egret also had a productive year, breeding at five new sites as far north as Cheshire. This species has spread north from continental Europe, nesting for the first time in Britain as recently as 2008.

Other wetland birds have fared well in the latest report, with Eurasian Bittern, Eurasian Spoonbill and Great Egret also having record-breaking years. It is likely that these successes are as a result of increased conservation efforts, including protection from hunting across Europe through legislation, as well as the creation, protection and management of wetland sites. In northern Scotland, Red-necked Phalarope also reached a new high, while a pair of Wrynecks was reported from Wales. Although it is not known whether the birds bred, it is nonetheless the first pair reported anywhere in the UK since 2002. Western Cattle Egret is now a familiar sight in many areas of southern England (Walter Schulenburg).

The monitoring of rare breeding birds in the UK is reliant on the efforts of volunteer birders, and in 2020 their efforts were hampered by COVID-19 lockdown restrictions in place throughout the spring, meaning that many reserves and remote areas could not be visited. As a result lower numbers were reported of many species.

The RBBP's annual report, which is funded by the Joint Nature Conservation Committee, RSPB and BTO and published in British Birds, aims to track the progress of the UK's rarest breeding birds by compiling data from conservationists, scientists, and thousands of volunteer birdwatchers. The latest report includes 101 scarce or rare native bird species, and 12 non-native ones.

A fuller summary of the past and present status of Montagu's Harrier appeared in the July 2022 issue of Birdwatch magazine.