Mongolian cuckoo project gets under way

The Mongolia Cuckoo Project is a partnership between the Wildlife Science and Conservation Centre (WSCC) and the British Trust for Ornithology (BTO), facilitated by Birding Beijing and supported by the Oriental Bird Club. The project builds on the success of the Beijing Cuckoo Project and aims to discover more about the wintering grounds and migration routes of cuckoos in East Asia, as well as engaging the public through naming and following the birds. The Beijing-based project, which commenced in 2016, remarkably revealed that some Common Cuckoos were making non-stop flights of up to 3,700 km across the Indian Ocean to East Africa. 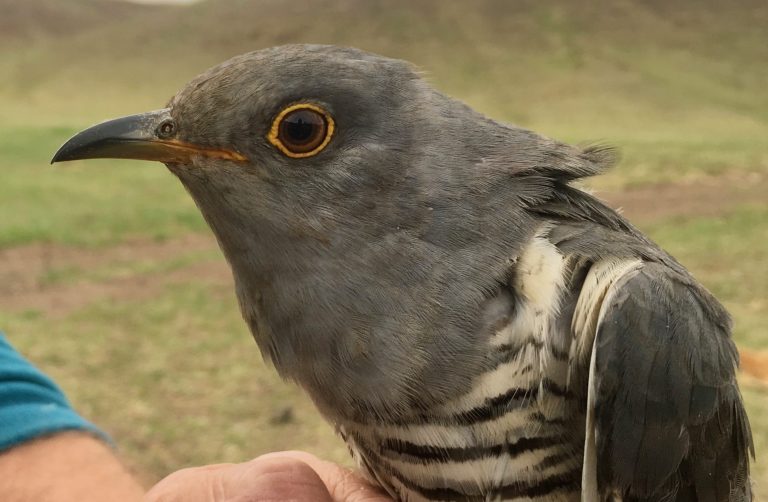 The male Oriental Cuckoo that has been tagged as part of the 2019 Mongolia Cuckoo Project (Terry Townshend / Birding Beijing).

On 5 June, a team including Chris Hewson of the BTO and Terry Townshend of Birding Beijing travelled to a remote ringing station in northern Mongolia, some eight hours from Ulaanbaatar. Over the following three days, the researchers tagged five individual cuckoos – four Common Cuckoos and a single Oriental Cuckoo. It is the first time that the latter species has been tagged and its migration will be of particular interest to the researchers. Terry Townshend commented: "There are records of Oriental Cuckoo from South-East Asia and Australia in the northern winter and, intriguingly, according to HBW, there is a record of a specimen from Zambia. Assuming it stays healthy, it'll be fascinating to see the movements of this bird."

Indeed, the Oriental Cuckoo has already thrown up a surprise. Since it was tagged on 6 June, it has moved some 1,625 km north-north-west into Russia and is still going. In contrast, the four Common Cuckoos have remained in the general vicinity of where each was tagged. 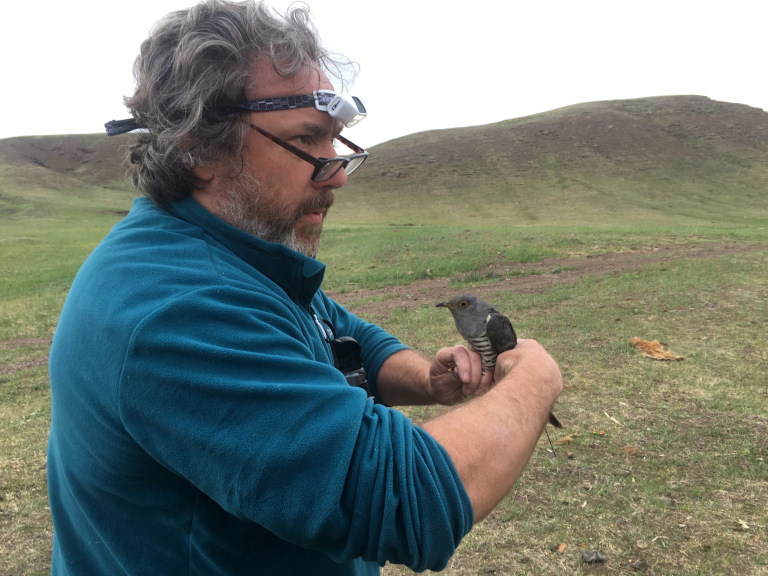