A new report has revealed that the 2020 breeding season was a mixed bag for Northern Ireland's seabirds.

Volunteer-led monitoring of seabirds was severely impacted by COVID-19 restrictions in 2020, but surveys carried out by the National Trust and the RSPB revealed that tern colonies around Northern Ireland had a catastrophic year, with Sandwich and Common Terns experiencing some of their lowest numbers since records began. 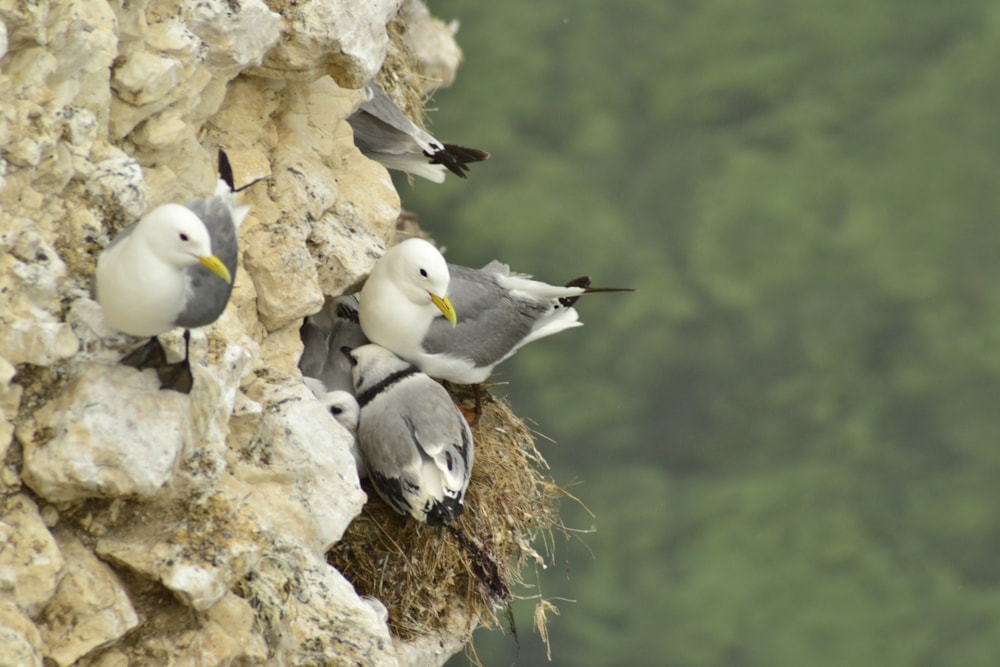 Kittiwake had a good 2020 in Northern Ireland (James Burk).

However, despite declines in terns, many seabirds had a good breeding season. 2020 was a record year for Guillemots on Muck Island, with Ulster Wildlife recording 3,107 individuals present at the colony last summer, the highest number counted since the first record in 1987.

Despite Kittiwake populations experiencing a long-term decline in the UK as a whole, in Northern Ireland the decline is at a much slower rate, with some colonies actually showing increases. In particular, Kittiwakes are going from strength to strength in south Co Down, with the colony there increasing in each year since 2015 (from 483 pairs to 717 pairs).

Also in Co Down, volunteers were able to follow the breeding success of a colony of 22 pairs of Black Guillemots as they raised 11 young birds opposite their house during the lockdown. These good news stories for Northern Irish seabirds are only possible to report due to the dedicated efforts of our Seabird Network volunteers year after year.

"While we have seen winners and losers in 2020, seabird counts at colonies can vary year-to-year depending on weather conditions and timings, which makes the annual recording of seabird numbers by our volunteers particularly valuable to capture long-term changes in Northern Ireland."