Against the odds, Black-tailed Godwits hand-reared at Welney WWT, Norfolk, last year have returned to their natal home for the summer.

The godwits, deemed 'miracles' by the Wildfowl and Wetlands Trust (WWT), came from eggs collected in ;muddy farmland in Cambridgeshire last summer where, had conservationists not intervened, they would have remained unhatched.

Experts were doubtful that the eggs, which were encased in dirt, would survive but, despite the dim outlook, the muddy eggs successfully hatched. The birds were then hand-reared and released onto the Fens as part of Project Godwit – a partnership between the WWT and RSPB, now in its third year. The programme aims to restore the British breeding population by collecting eggs for rearing and release, known as headstarting. The lucky waders, named Estragon and Dill, migrated south for the winter but, alongside 16 other godwits, have now returned to where they were raised. 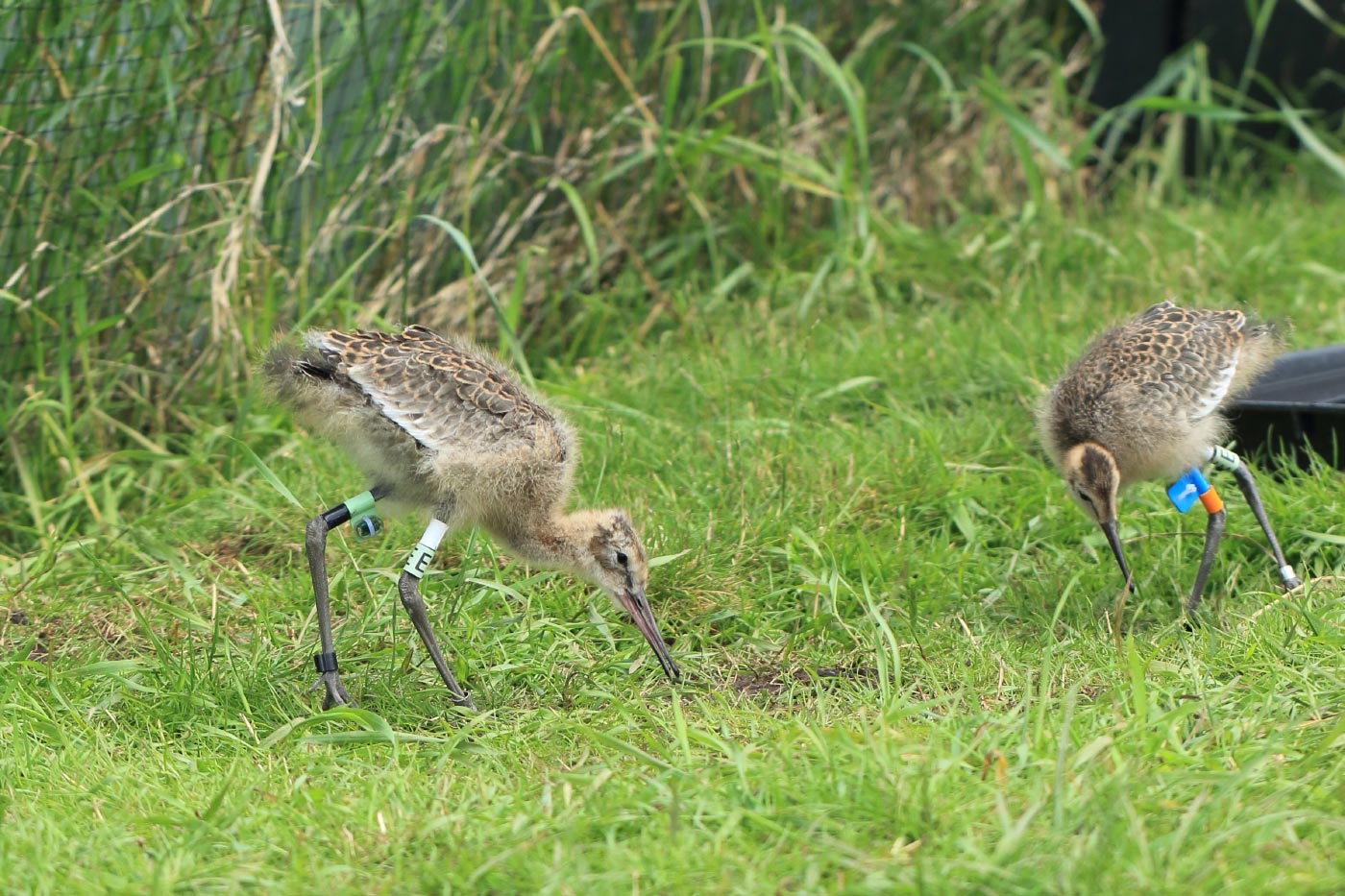 Estragon (left) was headstarted from an egg found in a wet and muddy field in the Cambridgeshire Fens (WWT).

WWT's Principal Species Conservation Officer Rebecca Lee said: "The incredible story of Estragon and Dill demonstrates the importance of Project Godwit – without the team stepping in these birds would not have survived. At a time when there are fewer than 50 pairs [in Britain], every egg – every godwit – counts towards the survival of the species.

"It's been a remarkable start to the third year of Project Godwit. Thirteen of the birds released in 2017 have migrated back to our sites here in the Fens, joining five birds from the of class of 2018.

"There was drama last year when heavy spring rains forced some godwits to nest offsite on arable land, prompting a rescue mission to free the eggs. For those 'muddy potato' eggs, in a dreadful condition, to hatch into healthy birds and complete their migration cycle of some 3,000 miles is the cherry on top of the cake, or should I say, all that and a bag of chips."

There were some familiar faces among the returning 2017 group, including Denver, the first headstarted bird to arrive back at Welney, and Earith, who bred successfully at the project sites last year. However, this should be the first breeding season for most of the birds, which usually reach sexual maturity at two years old. 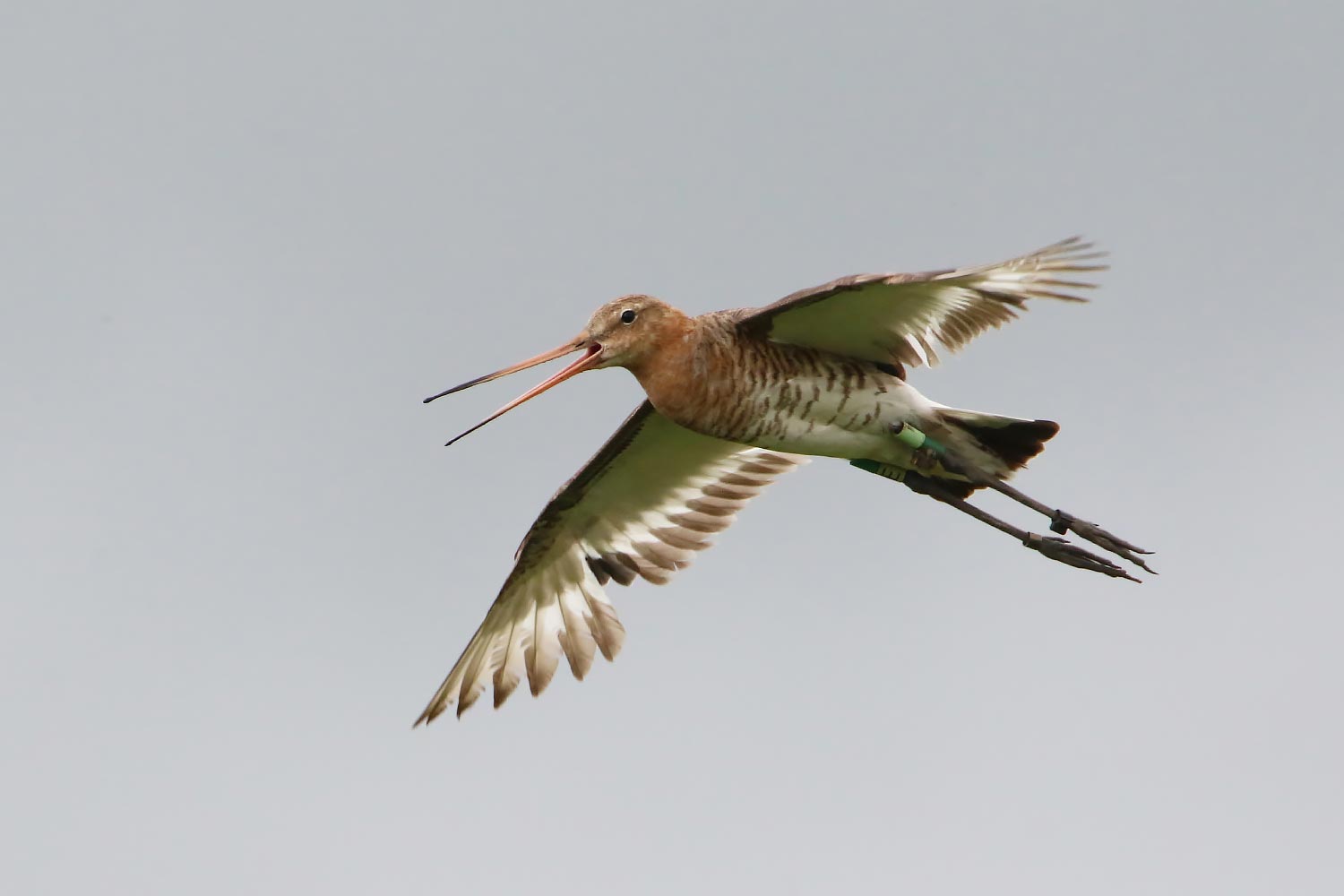 Black-tailed Godwit is known to winter as far south as West Africa. In Britain, two subspecies are encountered – the more widespread Icelandic-breeding islandica, which winters here in large numbers, and the much rarer Continental limosa, which accounts for those breeding in Britain in very small numbers each year. The Nene and Ouse Washes are the two main breeding sites for limosa Black-tailed Godwits in Britain.

There are now three pairs of headstarted birds at Welney and the breeding season is also underway at Nene Washes RSPB.

RSPB's Hannah Ward, who manages Project Godwit, commented: "It has been heartening to watch the progress of these wonderful waders over the past two years. The project is going from strength to strength and the arrival of 18 head-started birds is a real boost to the work we do.

"This sets us up nicely for the class of 2019. We plan to head-start two groups of godwits: one group will be released at Welney WWT and the other at Nene Washes RSPB." 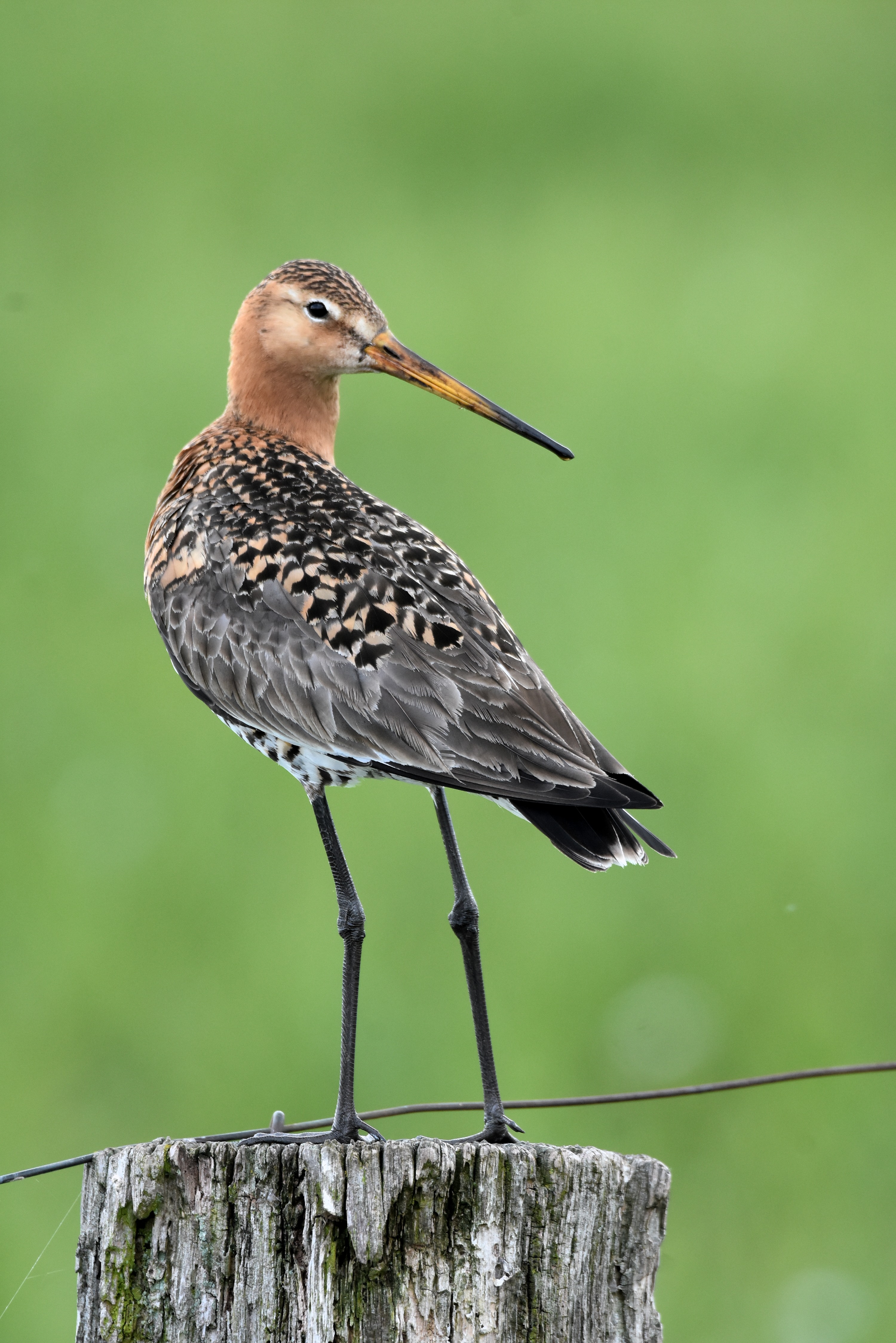 'Continental' Black-tailed Godwit (ssp limosa; above) is one of two subspecies to occur regularly in Britain (W Schulenburg).

With fewer than 50 pairs of Black-tailed Godwit breeding in Britain, and with those birds struggling to successfully raise young in recent years, conservationists decided to intervene. They have been using a technique known as headstarting – raising young birds from eggs collected in the wild – to help bolster the population. Although numbers at the Ouse Washes are now critically low, it's hoped that headstarting in combination with the creation of wetland habitat could restore the population to the numbers previously seen in the 1970s.

Headstarting is just one aspect of Project Godwit which also focuses on monitoring, habitat management and trialling conservation techniques. You can read more about the project in the June 2019 issue of Birdwatch magazine.

Visitors can see the headstarted birds by taking part in Project Godwit Guided Tours at Welney. A Godwit Festival – a weekend of talks, walks and activities to celebrate Black-tailed Godwit – takes place on 1-2 June.