Military base songbird massacre down by 70 per cent

Over 260,000 songbirds such as Blackcaps and European Robins are estimated to have been illegally killed on a British military base in Cyprus last autumn, according to a new report by BirdLife Cyprus and the RSPB. However, this number was down from 880,000 the previous year, a reduction of more than 70 per cent.

This decrease in illegal hunting is due to work undertaken by the RSPB working with the Sovereign Base Area Police to deter trappers. By increasing patrols and following through with prosecutions coupled with heavier sentences, hunters now face a double deterrent. 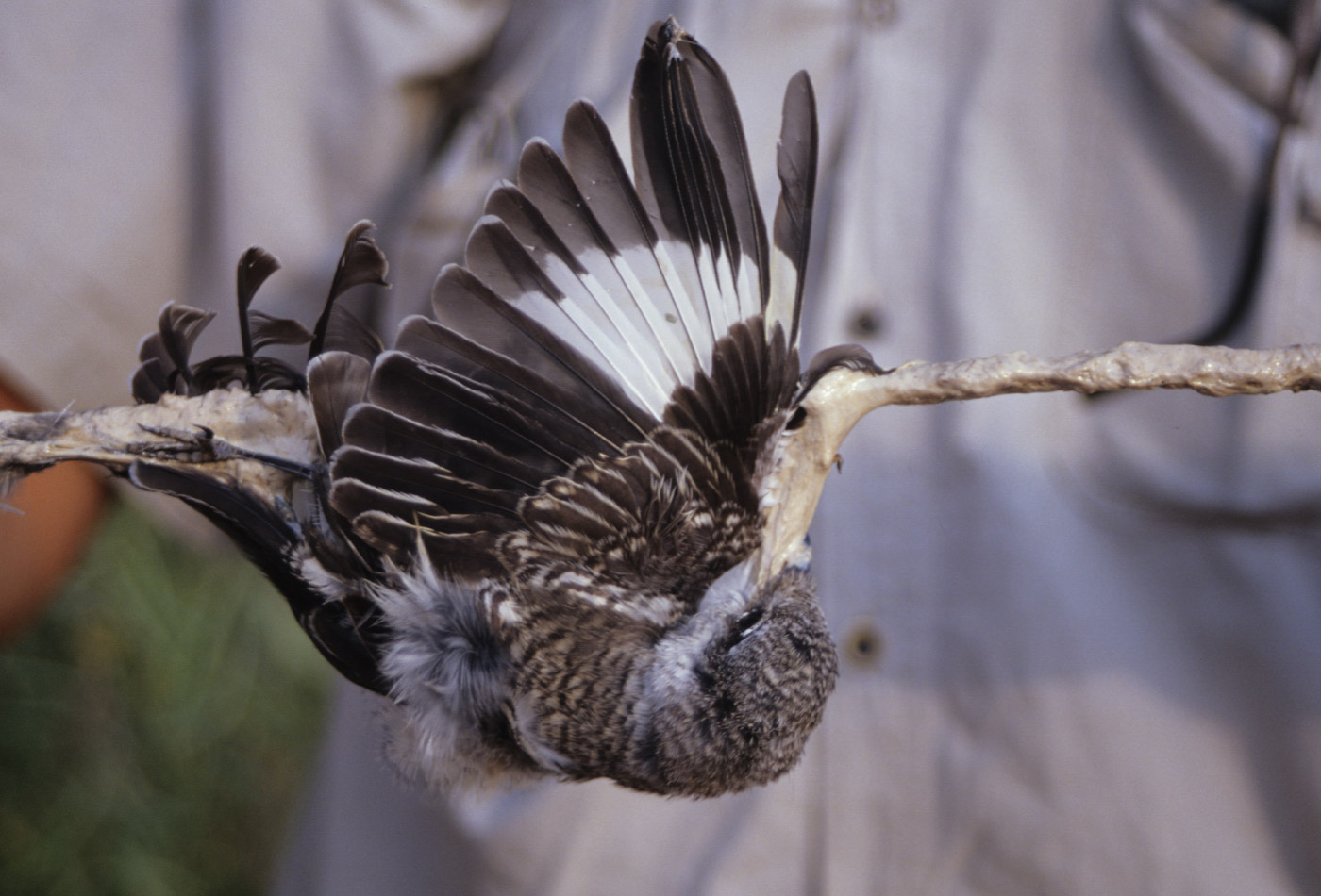 While sights like this juvenile Masked Shrike caught on a limestick were greatly reduced at a UK military base in Cyprus last autumn, there is still a long way to go to stop such practices altogether (RSPB).

The songbirds are illegally trapped and killed to provide restaurants with the main ingredient for the expensive regional delicacy of ambelopoulia – a plate of cooked songbirds. Organised criminal gangs are driving this illegal activity on a huge scale and it is estimated they earn millions of Euros every year from the songbirds they kill on British territory.

Birds are trapped using nets placed between acacia bushes, with speakers playing calls being used to draw them down as they migrate through. In 2016, RSPB Investigations worked with the SBA Police to covertly film some 19 trappers at seven sites, catching and killing birds. All were prosecuted, with fines up to 6,600 Euros and several jail sentences suspended for three years, meaning automatic imprisonment if caught again during this period. More men were caught in 2017 and cases are ongoing. 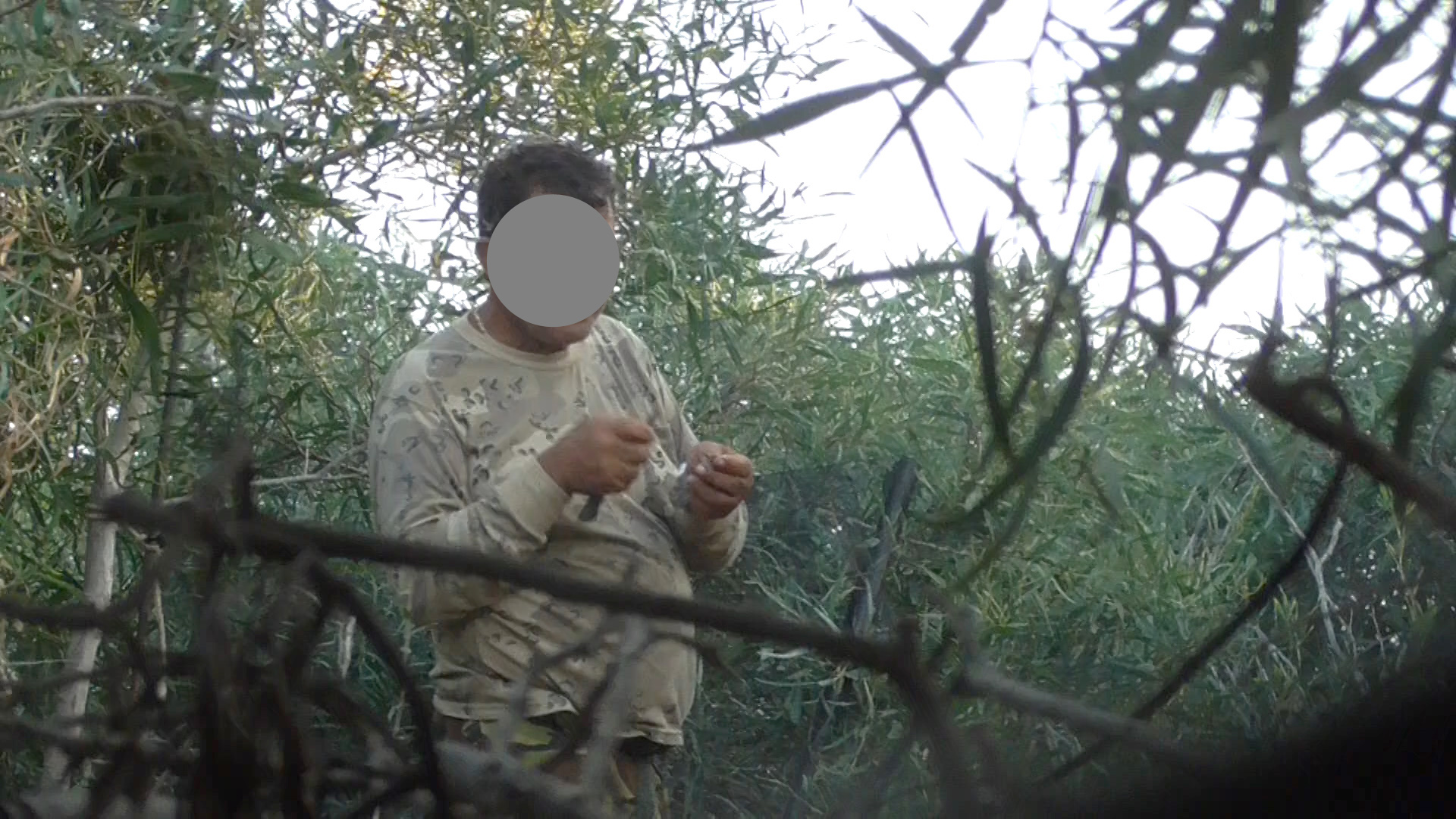 A Cypriot trapper is covertly filmed removing songbirds from a mist net before killing them (RSPB).

Martin Harper, RSPB Conservation Director, said: “The reduction in the numbers of birds being illegally killed is a direct result of on-the-ground work by RSPB and Sovereign Base Area staff. The enforcement and the severity of sentences is also adding to the risks that would-be trappers take. We now need to finish removing the remaining non-native acacia bushes to make sure that there are no longer places where trappers can hide their nets. This is the long-term solution needed for these migrant birds.

“The Sovereign Base Area authorities should be congratulated for making use of a wide range of criminal and civil sanctions such as exclusion orders and vehicle impoundments to ratchet up the pressure on the bird-trapping community, and undertaking the removal of the irrigation infrastructure.”

Martin Hellicar, Director of BirdLife Cyprus, added: “Now is the time to re-double efforts and make sure we see a permanent end to large-scale trapping and the massive impact it has on our migrant birds. Increased and consistent enforcement action must be taken against law-breaking restaurants.”

Small-scale trapping of songbirds for human consumption in Cyprus was practiced for many centuries, but it was outlawed in 1974. Enforcement against restaurants serving ambelopoulia has been almost non-existent in the last few years yet, as the key driver of this illegal activity, it is crucial that urgent action is taken by the Cyprus Government, as well as by the Ministry of Defence who own or lease much of the land concerned.