Mild weather in Canada this winter is impacting birds, with species such as Snowy Owl on the up, whereas finches numbers are down.

According to Paul Pratt, a retired naturalist and the current president of the Essex County Field Naturalists' Club, the warm weather is having an effect on local wildlife. "Normally we get a number of Snowy Owls coming down and then we don't see them again for years ... their population is very cyclical. But for some reason we've been getting good numbers for about six years in a row now." 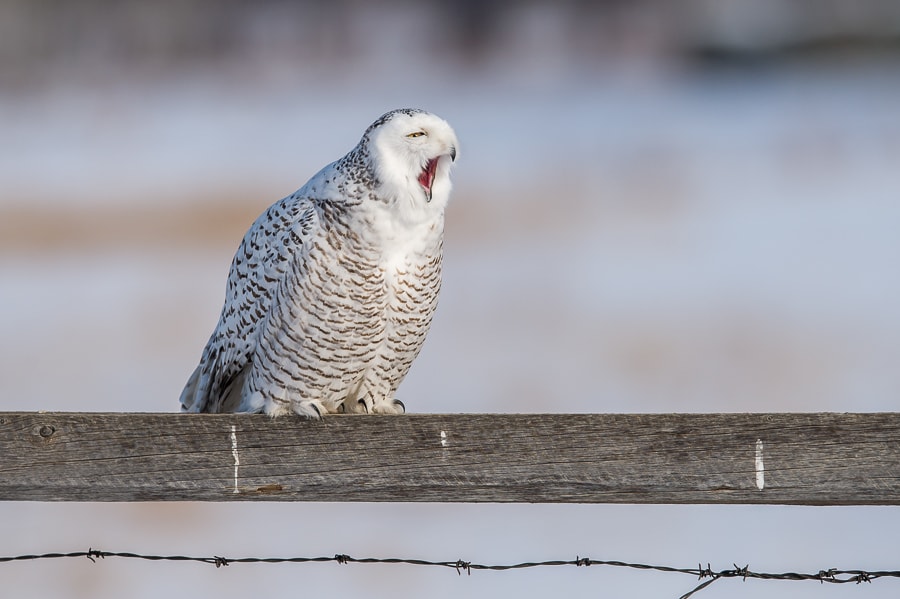 Snowy Owls have been seen with greater regularity in south-western Ontario in recent winters (Artur Stankiewicz).

"We have some birds that have lingered on that would normally be further south this year; things that need open water, like Belted Kingfishers," said Pratt. "Normally they're pretty tough to see when everything is frozen up."

And while some species are more evident, other birds, like finches, are completely missing in action. "This year, there's lots of seeds up north and basically no boreal finches coming south," said Pratt. "There's no snow ... it's mild."

"People are asking me, 'Where are the birds? I don't have any birds at my feeder,'" said Pratt. "A big part of that is in winter when we have snow on the ground, birds have to concentrate into the best available habitat."

"When it's mild like this, they're really dispersed. It's a lot harder to find one single bird out in a bush, than it is to see a flock of 30 birds." People are also reporting "odd" things to Pratt – creatures that aren't normally seen in the winter months.

"Bats, butterflies, frogs and snakes ... things that should be tucked away at this time of the year," said Pratt. "It's pretty common to see different kinds of midges and flies ... There's quite a bit of insect activity still around."

According to Pratt, birds, bugs and everything in between have grown acclimated to south-western Ontario's mild winters. "They're not fooled by just one cold day," said Pratt, adding that adjusting to the temperatures has become part of the birds' normal operating procedures.