A large number of Redwing and Song Thrushes were washed up on beaches along the Suffolk coast on 14 October, along with a smaller number of Fieldfare, with rough weather conditions offshore thought to be the cause.

The photographs were taken along the beach between East Lane, Bawdsey, and Shingle Street – roughly 3 km to the north. An estimated 30 carcasses were found along a 400 m stretch, with similar numbers thought to be involved throughout. Similar findings were also noted at Southwold, 37 km to the north. Local birder John Kornjaca looked out to sea to first notice a Song Thrush ditch into the waves around 10 m from the beach. Around 10 minutes later he watched a Fieldfare go the same way, roughly 200 m offshore. 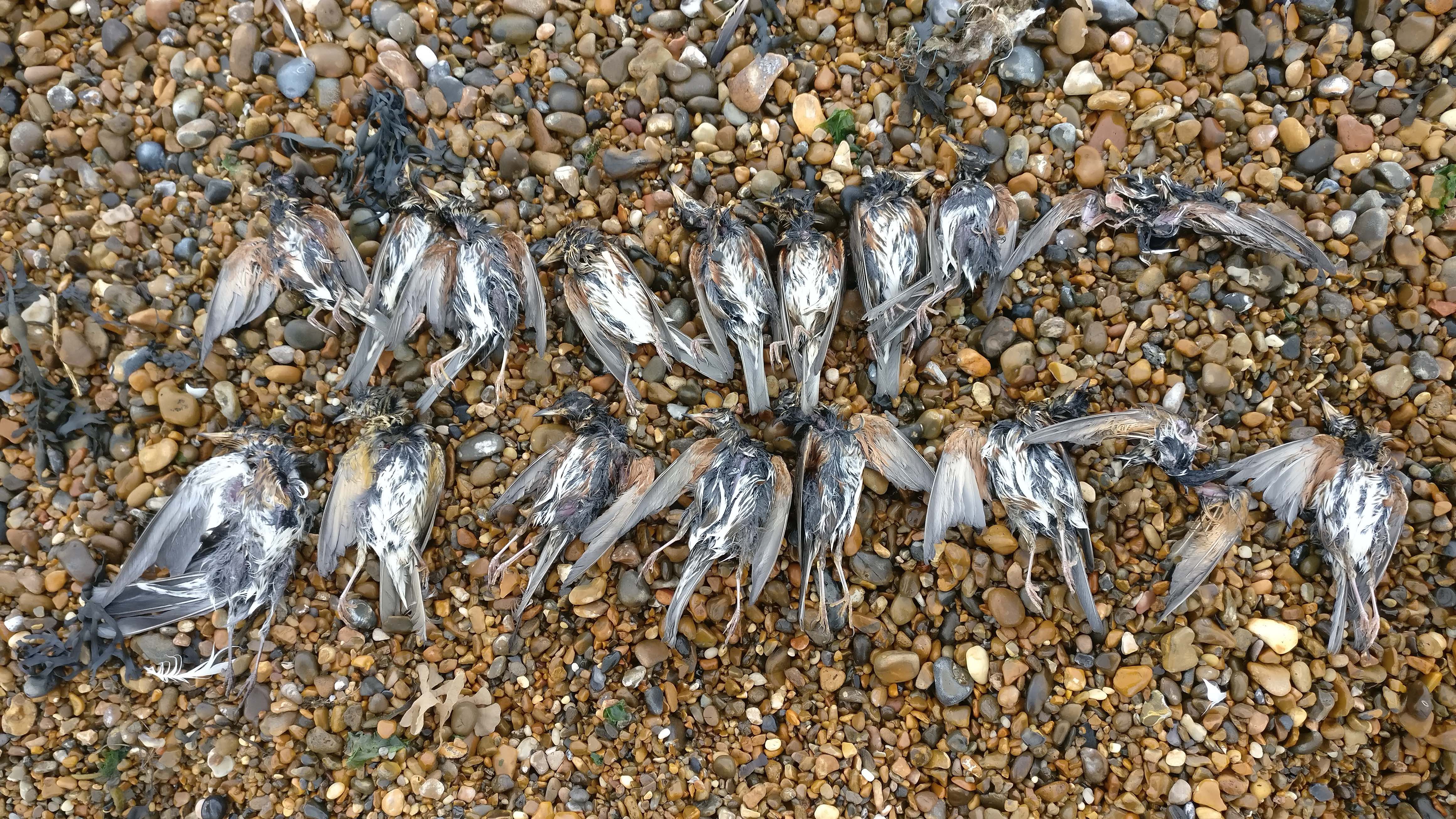 Large numbers of Redwing and Song Thrushes were washed up on Suffolk's beaches (John Kornjaca).

While stopping to take these photographs, Mr Kornjaca simultaneously observed a Song Thrush and Fieldfare ditching into the sea. He commented: "Wings spread and head up, the bird sat on top of the water as the sea washed it down the coast. The poor birds lay on the surface of the water, waiting for nature to take its course. Ultimately, the tide washed the deceased birds onto the beach where they become food for gulls."

It is thought that heavy rain over the North Sea off the Suffolk coast in tandem with strong, unfavourable headwinds contributed to the birds becoming fatigued and disorientated.

The findings coincided with an astonishing movement of Redwing in East Yorkshire, where an astounding count of no fewer than 32,080 passed over Flamborough Head the previous day, along with thousands of Fieldfares, Blackbirds and Song Thrushes, as well as smaller numbers of Ring Ouzel. The movement wasn't restricted to the British coast – a remarkable 255,676 Redwing passed south through De Vulkaan, The Netherlands, too. 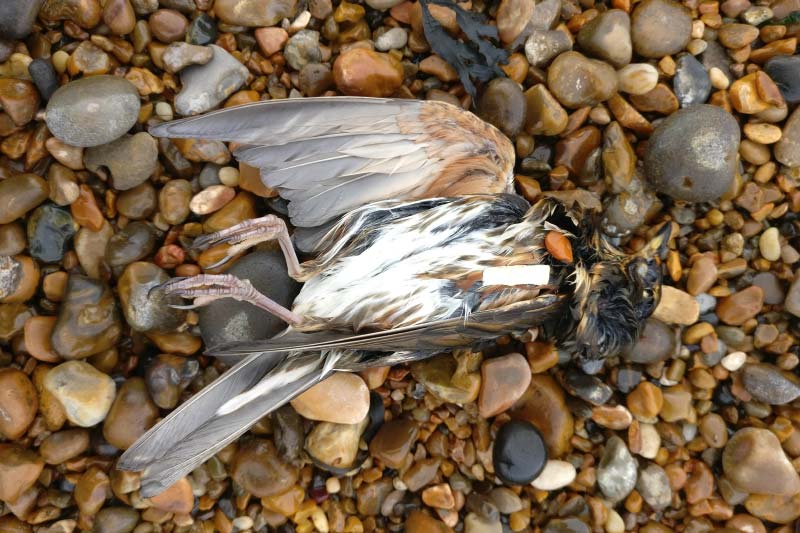 It is thought that the birds, predominantly Redwing, were disorientated by heavy wind and rain offshore (John Kornjaca).