A Blue Tit nest has been found in the unusual location of an ashtray at the ATS Euromaster garage in Bury St Edmunds, Suffolk, when a worker heard "angry chirping" emanating from the tray as he was about to drop a burning butt into it.

It transpired that eight eggs had been laid in a nest inside the wall-mounted cigarette dispenser. Since the discovery, staff have put notices on the ashtray to protect the nest. Manager Jamie Eaton said he also hoped it would deter staff from smoking on the site. 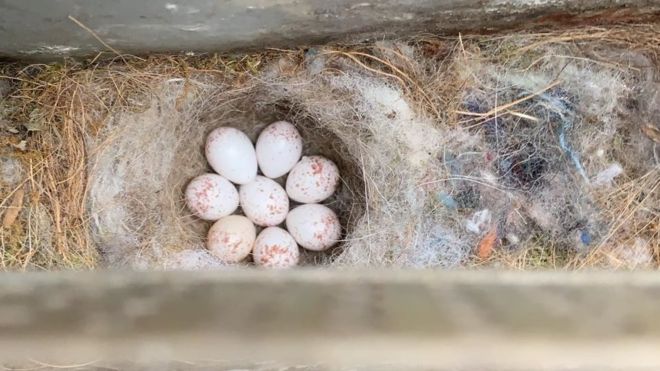 The mechanics were shocked to find a nest and eggs in their ashtray (Jamie Eaton).

Mr Eaton said that his colleague who found the nest "had a bit of a shock – he was pleasantly surprised, and glad he didn't damage any eggs. We're all parents here as well, so our maternal instincts kicked in."

He said they had seen the mother bird going in and out of the ashtray. "She's a bit aggressive – she kicks and flaps her feathers out really hard. Whenever you go near her you can hear the noise inside."

Mr Eaton said the RSPB had advised staff to leave the nest alone. “We've boarded it up – I've told my team it's an incentive to stop smoking." 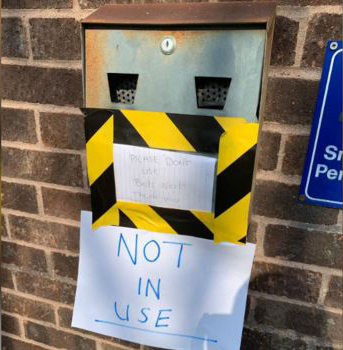