BirdLife Botswana has reported a suspected poisoning of Critically Endangered White-backed Vultures in the north of the country.

At least 55 vultures were found dead at Mmadikola, near the Boteti River, on 22 October. BirdLife Botswana, Department of Wildlife and National Parks, Raptors Botswana and other conservation organisation have team up to further investigate factors surrounding the incident. 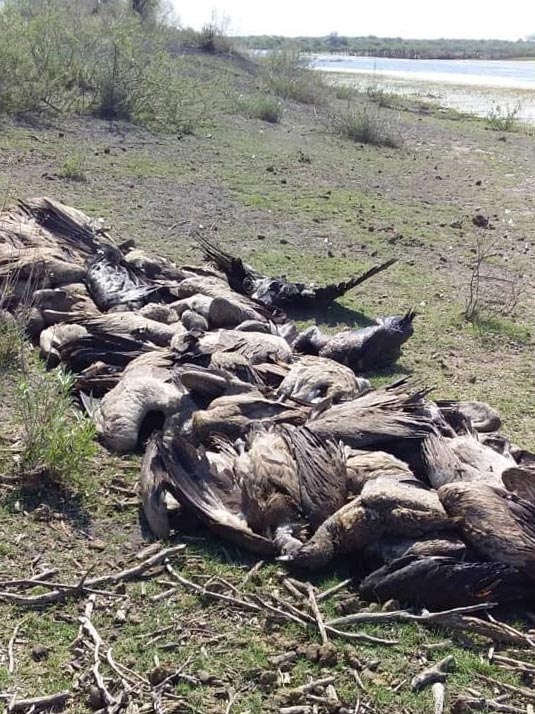 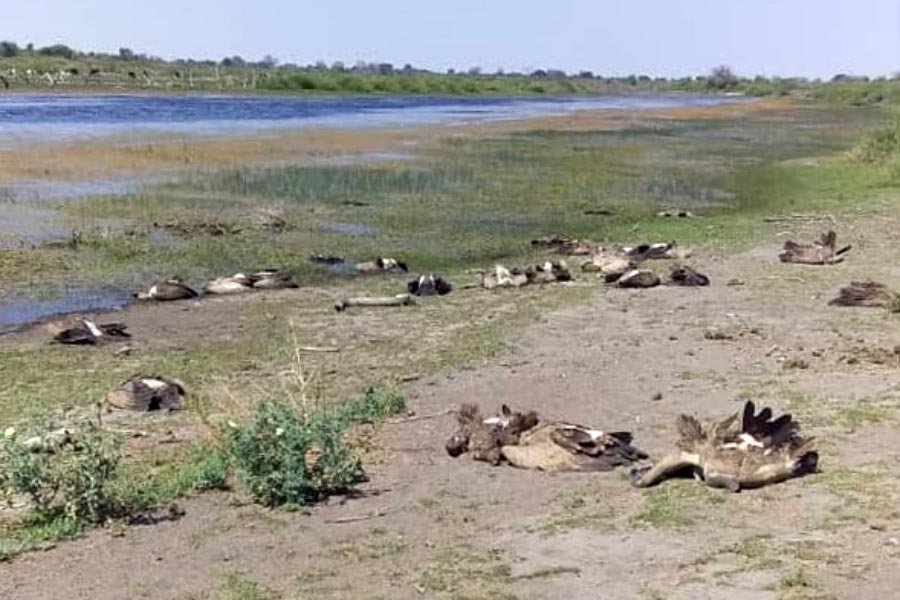 This is not the first time a significant number of vultures has been found dead in the immediate area, and deliberate vulture killing remains a huge problem across the country as a whole. For example, in June 2019, at least 537 vultures were poisoned near Chobe, with the slaughter linked to elephant poaching.

Studies have indicated that threats to vultures from poisoning and trade link to traditional medicines account for 90% of reported vulture deaths across Africa. Seven species of African vulture are now listed by IUCN as Critically Endangered.

The incident has led to renewed calls for agrochemicals used illegally to poison vultures, especially carbofuran-based substances, to be banned, and the use of safer alternatives encouraged. Although the Agrochemicals Act of 1999 and subsidiary 2003 legislation are in place to manage agrochemicals in Botswana, there is relatively little capacity to enforce.

Botswanan law prohibits killing of vultures and a perpetrator could face US$500 fine, a year in prison or both, but action is rarely taken against culprits.