Marsh Harriers breed in Cheshire for the first time

Cheshire's first breeding record of Marsh Harrier was announced today, at a secret location in the Gowy & Mersey Washlands, south of the Mersey estuary. The news of ths successful breeding was kept under wraps to ensure they were not disturbed during the nesting season. However, Cheshire Wildlife Trust, who are working on their region's first 'Living Landscape' project close to where the harriers bred, have revealed that the pair successfully raised three chicks, which left the nest in mid-August.

With around 360 breeding pairs in the UK, and these mostly confined to the east coast, the arrival of the harriers has been warmly welcomed. To date, the only other west-coast breeding of Marsh Harriers has been in Lancashire and the Isles of Scilly.

The harriers were initially discovered by local ornithologist Pete Burton in May, and further observations by Cheshire Wildlife Trust chairman and ornithologist Prof. David Norman confirmed that breeding was indeed taking place, including regular sightings of the male carrying food to an apparent nest area. In early July, a team including Mr Burton, Prof. Norman and bird-nesting expert Richard Castell used traditional field techniques and the more modern technology of the mobile phone to pinpoint the nest (under special licence), where three healthy 10-day old chicks were found. 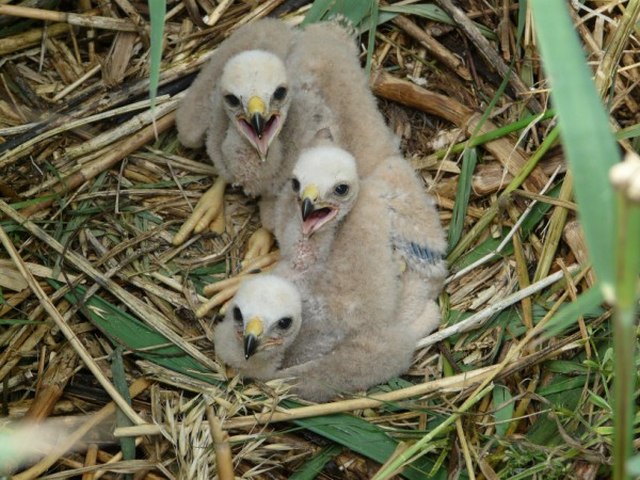 Richard Gardner, Cheshire Wildlife Trust's Living Landscape Manager, said: "It's extremely exciting news to have Marsh Harriers nesting in Cheshire and shows the importance of the Gowy & Mersey Washlands and the Mersey estuary for some of our rarest wildlife. As a species that relies on wetland habitats such as reedbeds, the arrival of the harriers demonstrates the clear need for us to ensure we protect the wider habitats along our rivers and estuaries, especially with the increasing pressures of development and climate change." 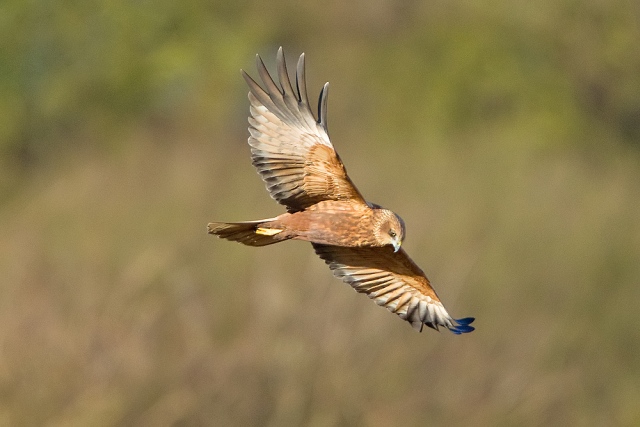 It is hoped that the adult harriers may return next year, and with Marsh Harriers passing through the region during their migration it is thought that the successful breeding pair may attract others to the area in the future. Although traditionally a summer migrant, changes in the climate have led to increasing numbers of Marsh Harriers over-wintering in the UK.

Marsh Harriers have been seen during the summer at Cheshire Wildlife Trust's nature reserve at Gowy Meadows near Ellesmere Port, and whilst the nesting location will remain a secret, regular summer sightings of harriers can be enjoyed at the RSPB's Leighton Moss reserve in Lancashire.