The Manx Wildlife Trust (MWT) has fenced off a large section of the upper beach at Cronk y Bing Nature Reserve, near Andreas, to minimise disturbance to its nesting Ringed Plovers. 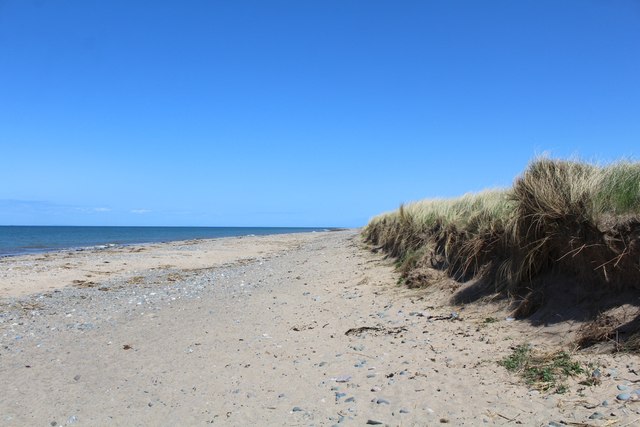 The area between the high-tide mark and the sand dunes is a no-go zone for visitors and dogs (MWT).

After a survey found nests with eggs in popular areas for visitors, the charity has erected a protective fence around a 710-m stretch of beach.

Nesting birds like Ringed Plover are part of the reason why the whole of the Cronk y Bing beach is designated an Area of Special Scientific Interest (ASSI), giving it legal protection.

Anyone disturbing Ringed Plovers on the Isle of Man during the breeding season can face a fine of £10,000 as the species enjoys the highest level of protection on the island, under the Wildlife Act 1990. Recent surveys found only 39 pairs on the whole island.

The charity Manx Wild Bird Aid said: "Once birds start taking nesting material in you must leave them in peace to lay eggs and raise their babies, or you could be prosecuted under the Wildlife Act."

In order to avoid people and dogs damaging nests or disturbing adults, the area between the high-tide mark and the sand dunes is a no-go zone for visitors for the time being. Even in the area of the beach which is still open, people are requested to keep their dogs on a short lead until the end of August.

MWT said: "Their eggs are tiny and well camouflaged to look like pebbles, and are very hard to see."

"The protection zone covers only 710 m of our 160-km-long coastline," it added. "However, walkers should be aware that Ringed Plover and Eurasian Oystercatcher may nest on any areas of upper sand and shingle around the whole island and should avoid walking in these areas, especially at high tide."