Julius Gadzor, 39, has avoided jail despite trapping wild birds with glue and keeping them in cages in his house. Gadzor's home, in Gravesend, Kent, was raided by police who found a range of caged birds as well as a feeder and branch smeared with superglue. He was charged with possessing wild birds, using bird lime and possessing items used for trapping birds after an investigation by Kent Police and the RSPCA, but will not spend time in prison.

Having placed the strong glue on a nut feeder and nearby tree branch, Gadzor caught the birds – including European Greenfinches and European Goldfinches – before keeping them in small cages in his house. He then proceeded to post pictures of the trapped birds on Facebook. Gadzor was given a 28-day curfew order when he appeared at Medway Magistrates' Court last Monday, and also ordered to pay £300 in costs and a £85 victim surcharge. 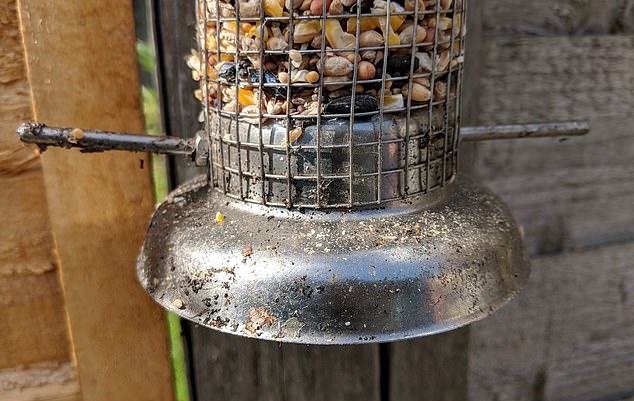 An RSPCA spokesman said: "To take a wild bird from its natural habitat and shut it inside a tiny cage is so cruel. They suffer greatly in captivity, are not used to being in cages and, sadly, often die. All wild birds in England and Wales, their nests and their eggs, are protected by the Wildlife and Countryside Act 1981 and actions may only be taken under specific licences."

Police Sergeant Darren Walshaw added: "The intelligence received from the RSPB allowed us to gain enough information to request a search warrant and the case built by the RSPCA resulted in the man having to admit his guilt. Bird trapping is not only illegal, it is incredibly cruel. We are committed to working with our partner agencies to put these criminals, who illegally trap birds for their own financial gain, before the court."