A Cardiff man brutally killed a Lesser Black-backed Gull because the bird knocked chips out of his hand.

John Llewellyn Jones slaughtered the gull during a day trip to Weston-super-Mare on 17 July 2018. The gull flew around the defendant trying to reach his chips, and subsequently knocked the snack from his hand.

Jones' reaction "shocked by-standers, including children" as witnesses observed him catch the gull by the leg and smash it into a wall, which killed it. 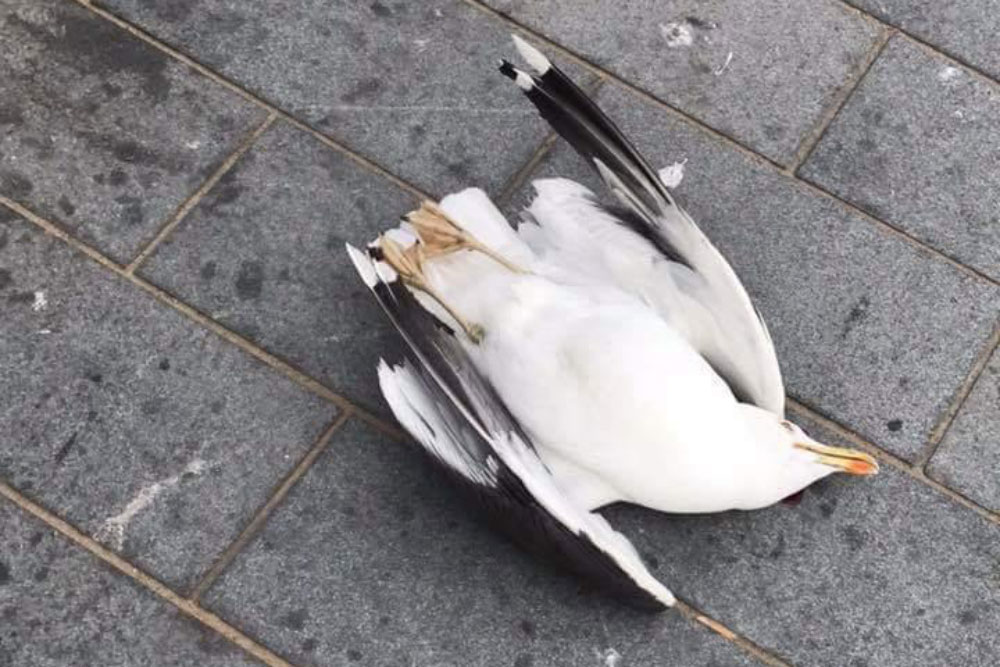 Gulls are protected under Section 1 of the Wildlife & Countryside Act 1981 and the man was found guilty an offence at North Somerset Magistrates' Court in Weston-super-Mare on 12 March. Jones had pleaded not guilty but magistrates listened to two witnesses, citing their accounts as "credible and compelling", before finding the man guilty of the offence.

He was sentenced to a 12-week curfew, applicable between the hours of 8 pm and 8 am, which began immediately. The man was also ordered to pay £750 in costs, and a £85 victim surcharge.

RSPCA Cymru say the man showed "blatant disregard for animal welfare" and "cared more for his chips than what his actions did to the poor gull."

Simon Evans, RSPCA inspector, commented: "This was an unthinkable and despicable way to treat an animal - with this gull smashed against a wall by the man, solely because it knocked chips from his hand.

"This was deliberate cruelty, borne from the fact that this man cared more for his chips than what his actions did to the poor gull. Simply, the man showed blatant disregard for an animal because he was annoyed about his chips.

"Witnesses saw the attack - and shocked bystanders, including children, had to look on as the man killed it."