Man arrested after attempting to smuggle finches in hair curlers

A man attempting to smuggle approximately 34 finches was caught in customs at John F Kennedy International Airport, New York City, on Sunday [16 June 2019], with the birds discovered in plastic hair curlers in his cabin luggage. The man was planning to sell the birds for singing contests for some $100,000.

Francis Gurahoo, 39, was charged with trying to smuggle the finches from French Guiana, South America, into the United States. Each bird was stashed alive in separate curlers. Gurahoo told prosecutors he planned to sell the suitcase of birds for approximately $100,000, at a going rate of $3,000 for each finch. 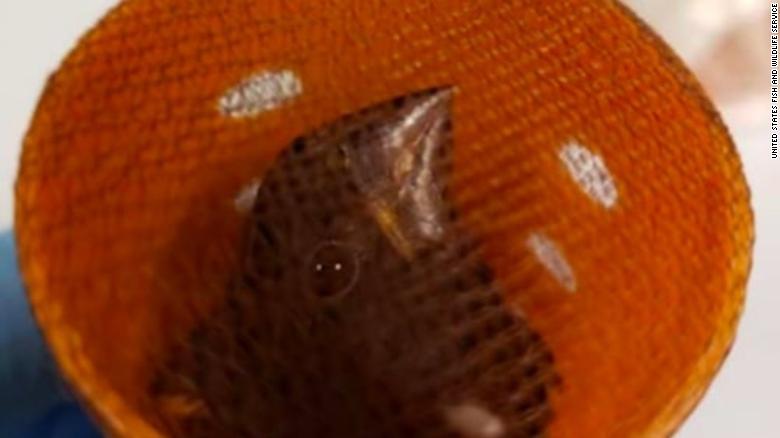 Around 34 birds were found stuffed inside hair curlers, including this Chestnut-bellied Seed Finch (US Fish and Wildlife Service).

According to a complaint filed against Mr Gurahoo, bird smuggling operations have increased in response to a considerable demand for songbirds in New York – especially in the Queens and Brooklyn neighbourhoods – where bird singing competitions are often held in public places such as parks.

The complaint filed against Mr Gurahoo said: "in such contests, two finches sing and a judge selects the bird determined to have the best voice. Many who attend the singing contests wager on the birds. A finch who wins these competitions becomes valuable and can sell for in excess of $5,000."

A US Fish and Wildlife Service investigation, dubbed 'Operation G-Bird', stated that a finch with a good pedigree and a winning track record can sell for up to $10,000. US Customs and Border Protection estimate that it caught people smuggling almost 200 finches in American airports in 2018 alone.