Following the confirmation of the non-native Greater White-toothed Shrew near Sunderland in September, the Mammal Society wants to find out how widespread the species is in mainland Britain.

Since the Sunderland record, a number of other sightings of Greater White-toothed Shrew have been reported across Britain, including an apparent individual in Nottinghamshire, some 200 km away.

Although it is not clear what impact the species may have in Britain, Greater White-toothed Shrew has been proven to out-compete the native Pygmy Shrew in Ireland following its there in 2007.

Greater White-toothed Shrew is native to Europe, North Africa and the Channel Islands. It is hoped that further DNA analysis will reveal where the animals in Britain have originated from.

Allan McDevitt of the Mammal Society said: "When the species was first found in Ireland in 2007, we thought that it could be a positive addition and maybe act as a new and plentiful prey source for birds of prey and other carnivores. However, we soon realised that the native Pygmy Shrew had completely disappeared whenever Greater White-toothed Shrew moved into an area. Obviously, we are concerned about similar problems occurring in Britain." 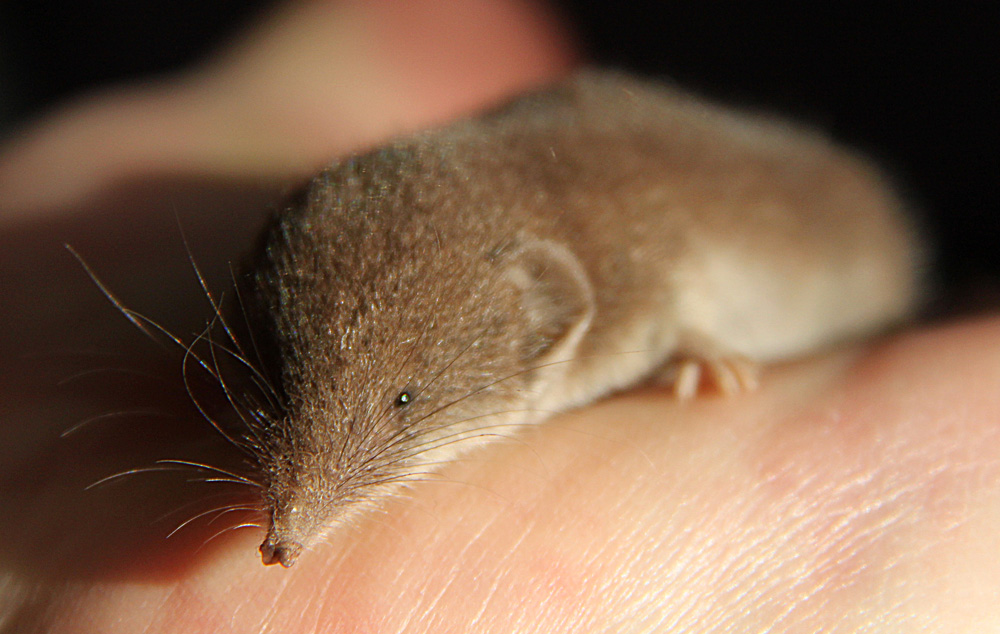 A number of reports followed the initial discovery of Greater White-toothed Shrew in Sunderland, suggesting the species may already be widespread (Dwergenpaartje via Wikimedia Commons).

The Mammal Society and MammalWeb are now calling for increased monitoring of small mammals, especially shrews, in Britain. They say there is a need to ascertain the status of Greater White-toothed Shrew in Britain and assess its impact on native species such as Pygmy Shrew.

They are encouraging the use of the Mammal Mapper app for incidental sightings and the submission of camera trap footage to the MammalWeb platform.

Philip Stephens, co-founder of MammalWeb, said: "Camera traps placed in baited boxes and modified with close-focus lenses can yield amazing footage of small mammals. These sensors remain active 24 hours a day, yielding footage that enables experts to identify which species are where, and how they affect each other."

Frazer Coomber, Science Officer at the Mammal Society, said: "The recording of any mammal species is important as it helps us to understand their current distribution and population and how these change over time. Small mammals are under-recorded, and it is essential to collect baseline data on them. We need to know their current distribution, population and species assemblages so that we can understand the effect that Greater White-toothed Shrews could have on our native species.

"Recording mammals using the Mammal Society's Mammal Mapper app is straightforward and anyone with a smartphone can submit a record. The ability to take photographs, alongside each record, helps to ensure species recorded can be verified accurately. So, even if you are unsure what species it is, please photograph it and report it as a small mammal."