A major poisoning incident has set back the course of the reintroduction of Cinereous Vulture in Bulgaria, with four birds dead.

The Vulture Conservation Foundation (VCF) and partners had high hopes for the project last year when a bird they named 'Minchev-Boev' was the first wild-fledged bird in the country for decades. However, the bird hatched in the Eastern Balkan Mountains was one of four dead Cinereous Vultures discovered in March when worrying GPS data were followed up by Fund for Wild Flora and Fauna (FWFF). 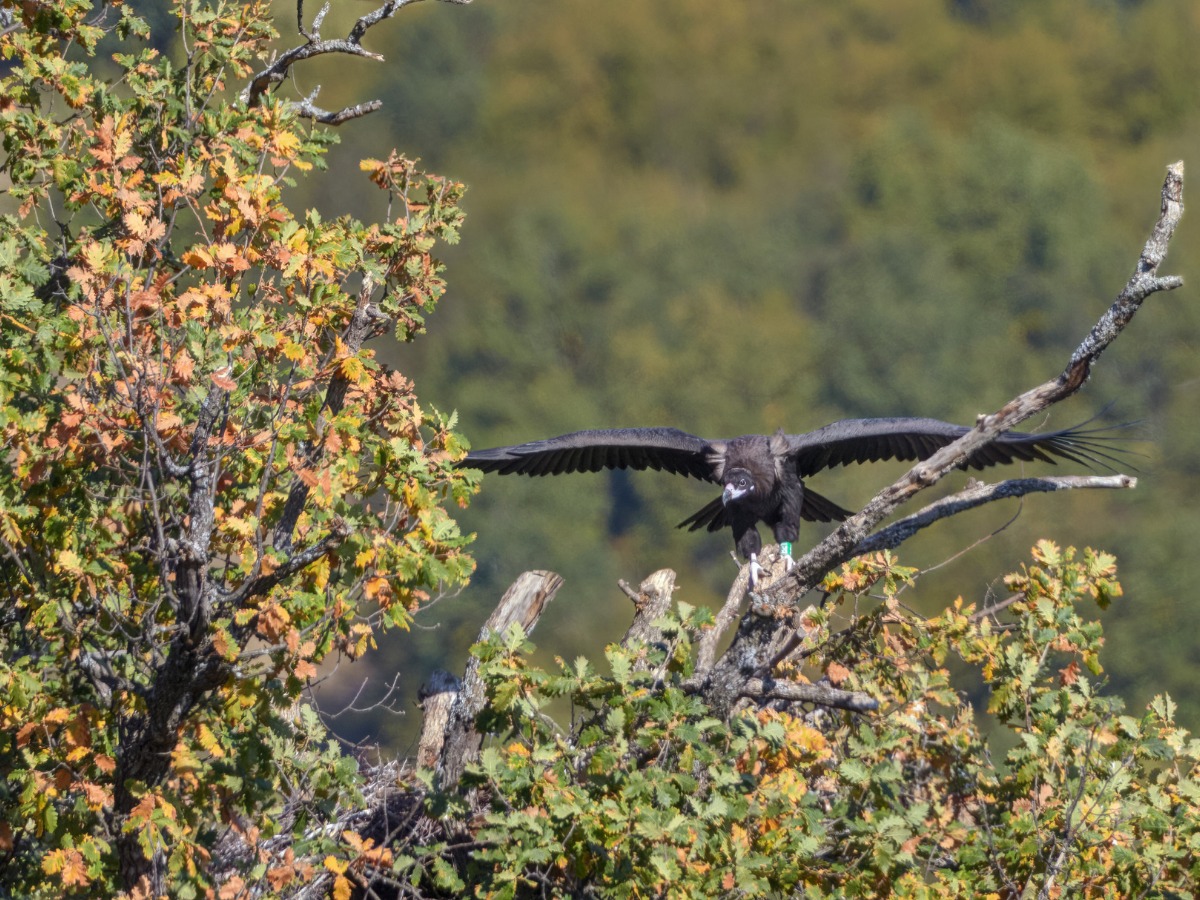 The first wild-fledged Cinereous Vulture in Bulgaria for 28 years, 'Minchev-Boev', was one of the victims (Vulture Conservation Foundation).

The other three birds had all been released into the wild as part of the ongoing reintroduction. The carcasses of a Common Buzzard and two Golden Jackals lay near the vultures at Ticha, in the Eastern Balkans. Two dead shepherd dogs were also found at the scene and are thought to have been poisoned and dumped deliberately.

Being very efficient scavengers, the vultures will have swiftly spotted the dogs and fed on the poisoned remains. Poisoning is illegal and non-selective, and even more birds and animals could have died were it not for the rapid response to the GPS data.

The three released birds, named 'Vratsa', 'Bulgar' and 'Bai Ivan', had all been sourced from the wild in Spain by Junta de Extremadura, a partner in the Vultures Back to LIFE project, which is led by Green Balkans.

They had been released by the Vultures Back to LIFE team as part of efforts to see these huge raptors over Bulgarian skies once more. All evidence of the crime has been gathered and the Kotel Regional Police Department launched a preliminary investigation. 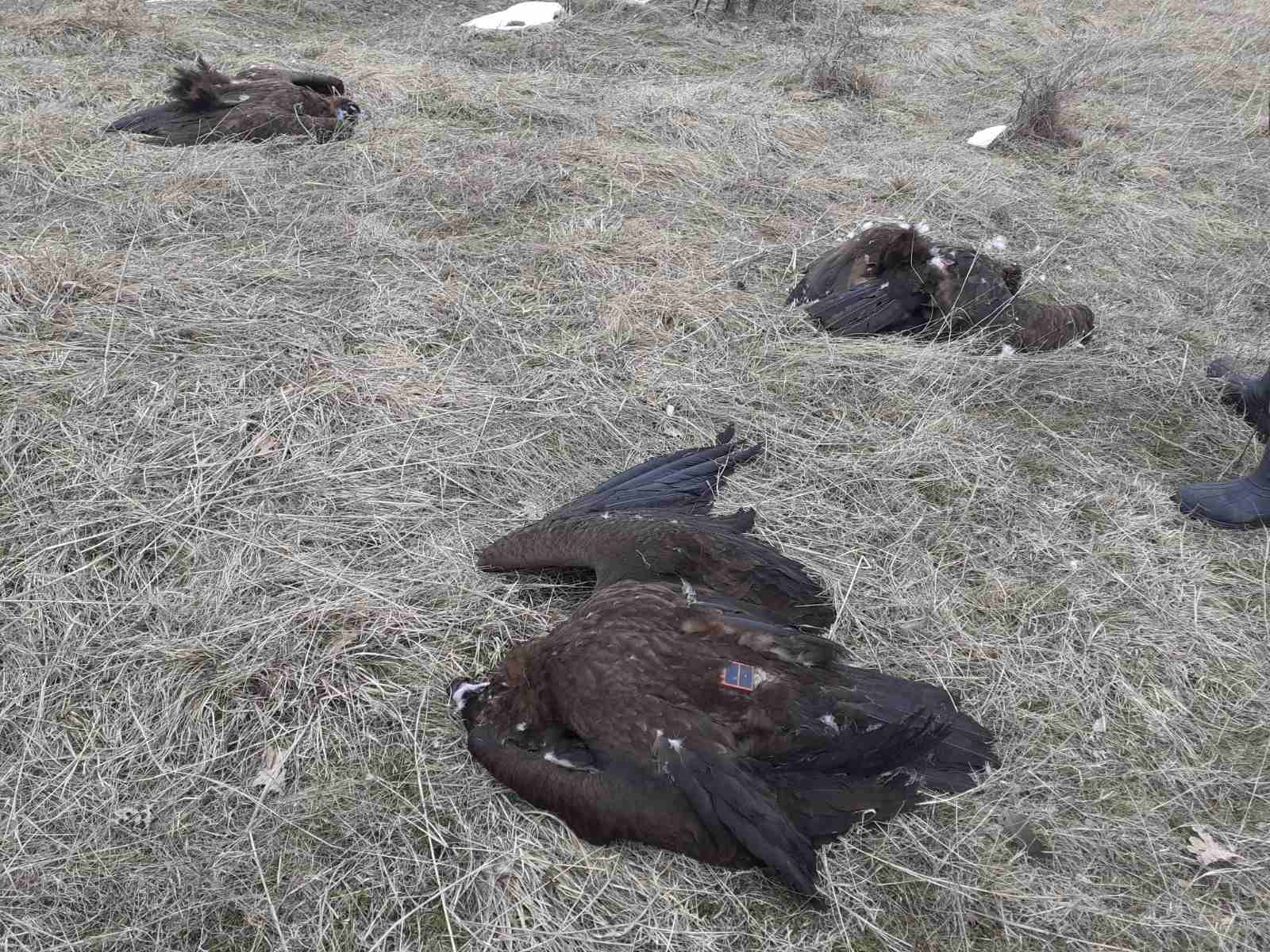 As part of the investigation, the bodies of the birds were sent to the Green Balkans' Wildlife Rehabilitation and Breeding Centre for post-mortem analysis. Toxicology results are yet to be announced but the work revealed that Vratsa, released in the Vratsa Balkan Nature Park in 2020, was developing an egg when she died, meaning the chance was missed for more wild-reared young this year.

Results are also awaited from analysis of tissue from a Griffon Vulture found 6km from the site, to determine whether its death is related to the same poisoning incident.

Poisoning is to blame for the initial disappearance of both Cinereous Vulture and Bearded Vulture from Bulgaria in the 1970s, before it was banned across Europe, but it continues to pose a threat. Vultures Back to LIFE is determined to see justice for the poisoned birds and continue on its mission to return an established population of Cinereous Vultures to Bulgaria.