A blowout at the Baghjan oil field, in the north-east Indian state of Assam, has severely damaged the nearby wetlands of Maguri-Motapung and polluted the tributaries of the Brahmaputra River, as well as adjacent areas of the Dibru-Saikhowa National Park.

Located on the floodplains of the sacred Brahmaputra, the Maguri-Motapung wetlands and adjacent Dibru-Saikhowa National Park form one of the richest areas for wildlife in all of India. Both sites are part of the Assam Plains Endemic Bird Area (EBA), and their Key Biodiversity Area (KBA) designation reflects their global importance. A popular eco-tourism destination, the area is home to some of the largest congregations of waterbirds in the country, including rare migratory species from the imperilled East Asian-Australian Flyway.

However, the shadow of the nearby Baghjan oil field has long loomed large over this ecologically sensitive landscape, and years of conservationists' warning as to its threats have now been realised. 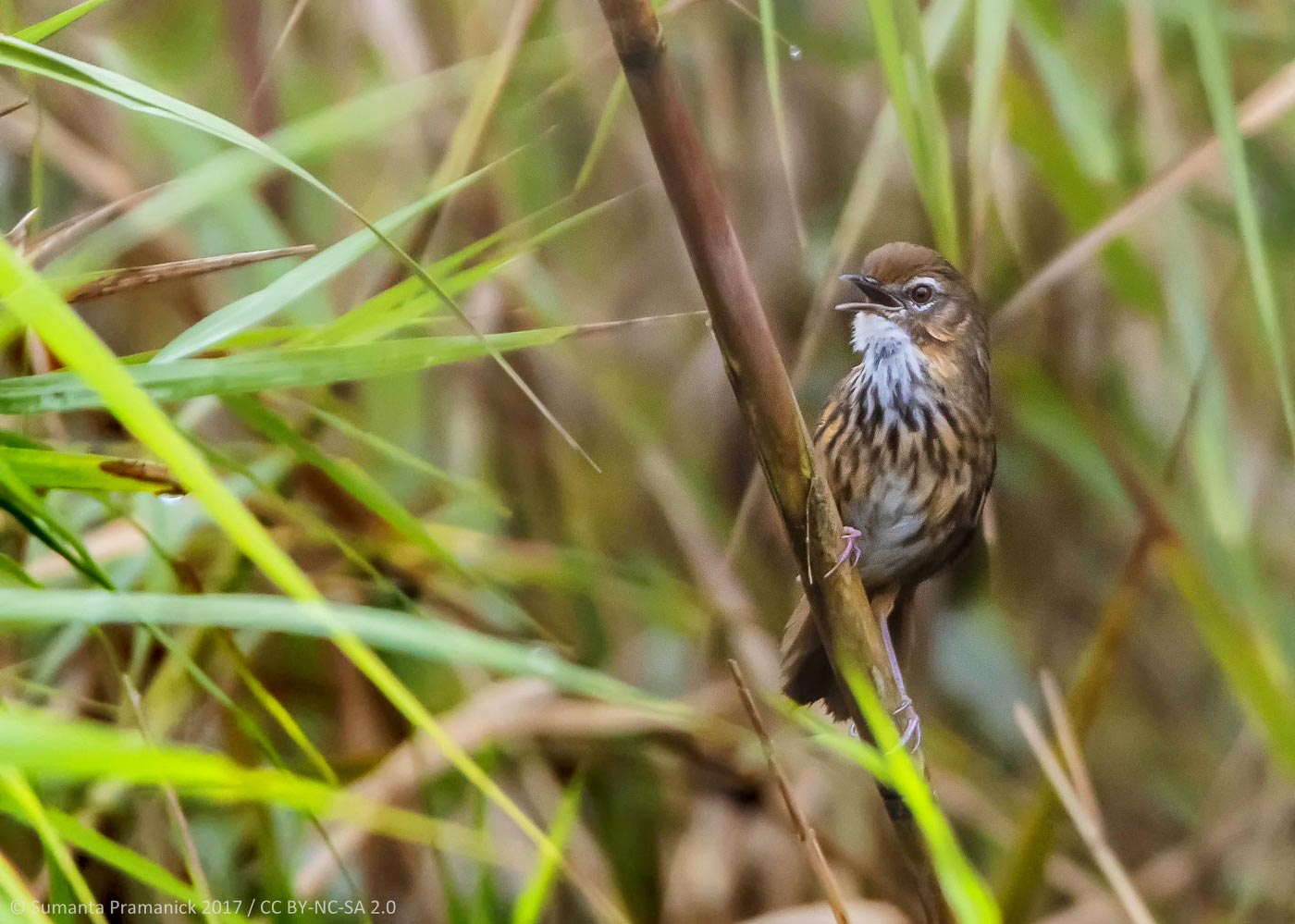 The Vulnerable Marsh Babbler is one of the speciality birds of the area directly affected by the Baghjan oil field blowout (Sumanta Pramanick).

The oil field, which has been leaking gas and oil since late May, caught fire in June, and the resultant spread has damaged stretches of the adjacent wetlands and grasslands. Ongoing surveys by conservation experts are only beginning to reveal the extent of the ecological damage suffered. Local officials have already recovered a dead Ganges River Dolphin, as well as thousands of deceased fish and oiled birds.

Besides the damage suffered to nature, local communities have also been adversely affected by the gas and oil leak disaster. Large areas of cultivation are now contaminated, while local water sources have been adversely impacted, impacting the livelihoods on local communities. The eco-tourism setups for birdwatchers have been severely damaged, potentially impacting the flow of tourism already interrupted by coronavirus. Thousands of people have now been evacuated from the affected zones.

Four Critically Endangered birds – Slender-billed Vulture, White-rumped Vulture, Bengal Florican and Baer's Pochard – rely on Brahmaputra floodplains, while unique species such as Black-breasted Parrotbill and Marsh Babbler are specialities of the area. The ongoing crisis has the ability to adversely affect each of these already imperilled birds.

BirdLife International said on its website: "It is now imperative that the disaster be quickly put under control, and efforts urgently taken to assess ecological damage, while undertaking further actions to restore affected areas of the wetlands, which may take years."

"Preliminary surveys by our team shows that large patches of grassland have turned to ash", added Dr Girish Jathar, Assistant Director of the Bombay Natural History Society (BNHS). This, unfortunately, is likely to have a big impact on threatened species such as Black-breasted Parrotbill and Marsh Babbler, as this is their peak breeding season."

The current disaster demonstrates the environmental risk posed by building major oil infrastructure close to KBAs without a mitigation plan, or designations of areas to buffer protected landscape from accidents such as blowouts and oil spills. However, governments continue to fail to address such issues – for example, Oil India Limited has recently and controversially been granted permission to operate oil wells within the Dibru-Saikowa National Park, also in Assam.