A Western Osprey, which gained recent fame for hunting from a bridge on the M6 in Lancashire, has died after it was hit by a truck.

The bird was first reported from Brockholes Wetland, near Preston, on 15 April. It quickly became an online sensation as its fearlessness and impressive fishing performances had been delighting local onlookers.

The bird was found to be ringed with a green darvic ring inscripted '5Y', this confirming it as a male ringed near Keswick, Cumbria, in July 2006. 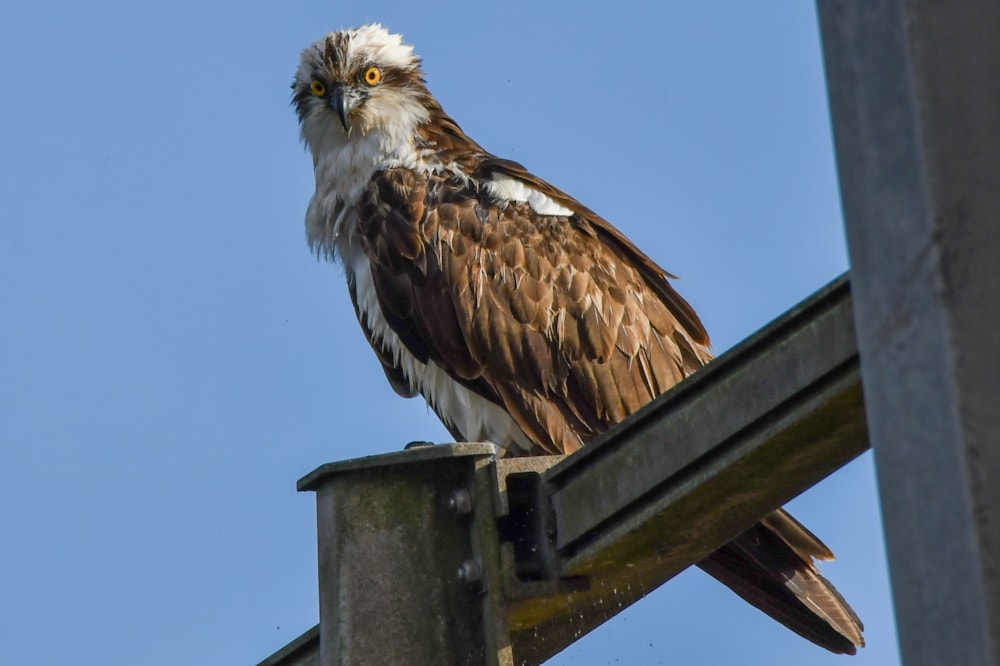 The Western Osprey had gained attention due to its prominent choice of hunting perch (Craig Smith).

The raptor continued to put on performances daily as it hunted from the bridge at the Ribble Valley Interchange near Brockholes, and was still alive and healthy there on the morning of 23 April.

However, the bird's confiding nature ultimately appears to have contributed to its demise. In a sad turn of events, the bird was flushed from its perch by a man who was walking down the hard shoulder of the main M6 carriageway with a bike. The osprey took flight and was unfortunately struck by a passing lorry.