Birders are being asked to be on the lookout for a very special Gannet. The bird, nicknamed Maximus, set a UK record two years ago as the latest chick ever recorded when he was picked up from Bass Rock by the Scottish Seabird Centre. The rock holds the largest single-island Gannetry in the world, with 150,000 birds crowding onto the island in the summer (watch them now on the live webcam). But by December 2008 one solitary bird had been left alone, abandoned by its parents with little chance of survival in the harsh Scottish winter. 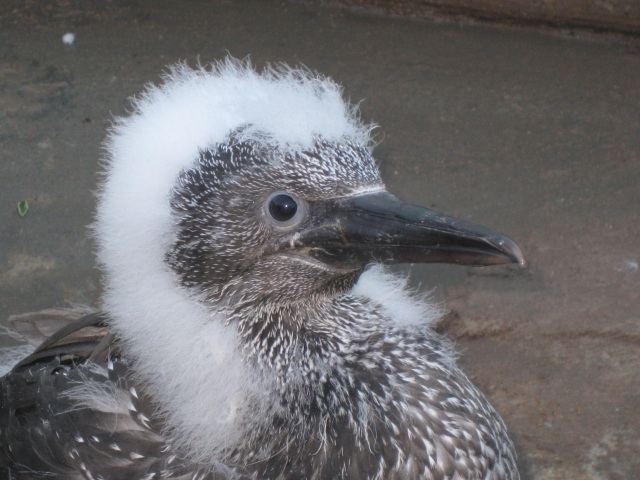 Young Gannets migrate thousands of miles south in autumn, as far as West Africa and, having missed the migration, Maximus was rescued from Bass Rock by the Seabird Centre's boat guide Maggie Sheddan. He was then fed and looked after in North Berwick, before hitting the headlines when the Royal Navy Air Rescue Team HMS Gannet in Prestwick came to the rescue and transported the chick as far as Cornwall as part of a routine exercise. He was then taken south on a Cornish fishing trawler and released in the Bay of Biscay. 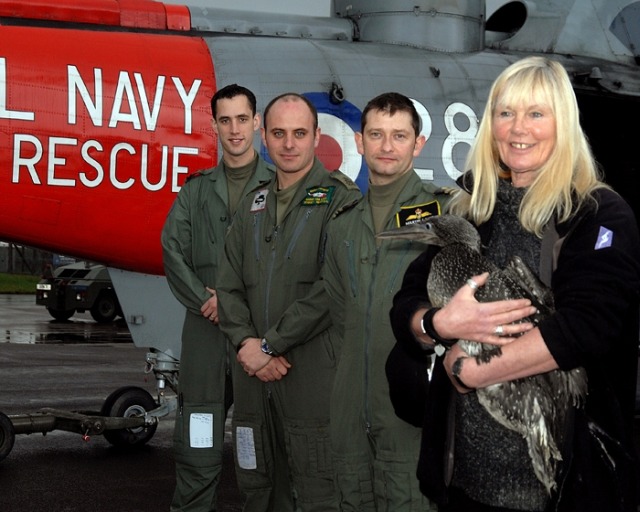 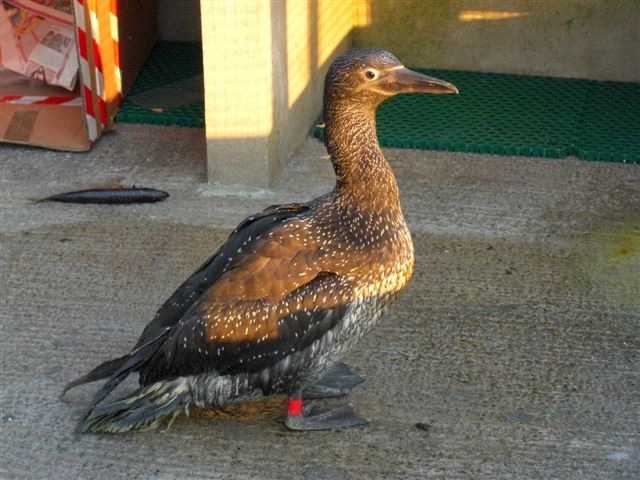 Maximus in care before his boat trip to the Bay of Biscay (photo: Scottish Seabird Centre).

After two years, fully grown Gannets usually return to their natal colony, so the Seabird Centre is hopeful that Maximus will be able to find his way back to the Bass Rock. As well as having a standard BTO ring, Maximus can be identified by two red colour-rings on his right leg. The Seabird Centre would welcome any possible sightings of Maximus by email or by calling 01620 890202.