Long-tailed Duck breeds in The Netherlands for first time

A female Long-tailed Duck was photographed with four ducklings yesterday in The Netherlands, confirming the first Dutch breeding record of the species. The family party were seen at the artificial archipelago of Marker Wadden, situated in Lake Markermeer in the north of the country.

Warden Josje Peters discovered the female and her young, raising the alarm which led to researchers visiting the island immediately. Eric Menkveld was among them and was able to photograph the family group. Last year a female was present throughout the summer at Marker Wadden but, given the species does occasionally summer in The Netherlands, potential breeding wasn’t suspected. 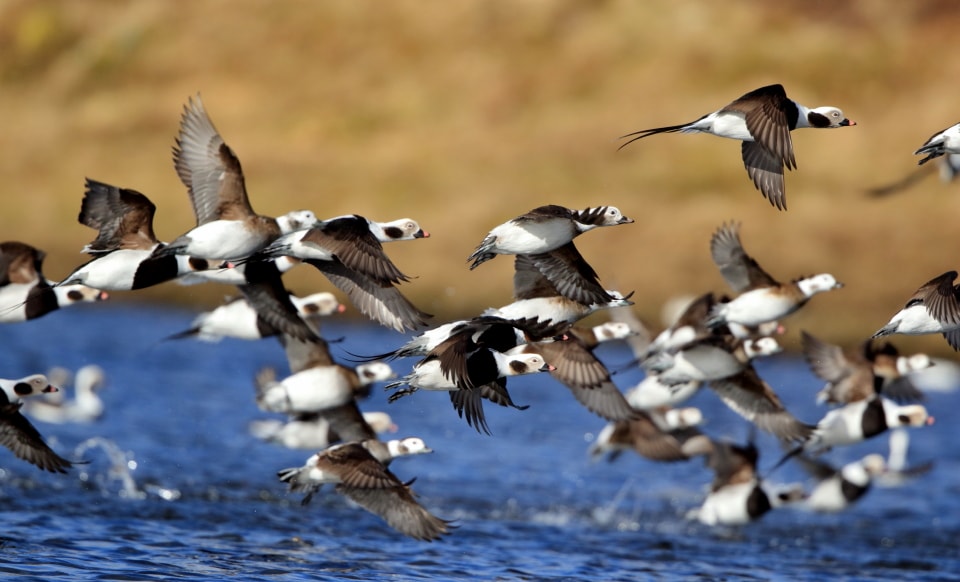 Ornithologist Jan van der Winden said: "It is really bizarre. I never expected that. Normally this bird breeds to the north of our country in Norway. The Long-tailed Duck was present all spring and was with a male until late May."

The nearest breeding population is found in interior Norway, some 700 km to the north. However, clearly suitable breeding conditions exist at Marker Wadden, namely freshwater insects, shellfish, fish and aquatic plants. Furthermore, there are plenty of mosquitoes – the favoured food of the ducklings.