A Long-eared Owl was rescued by a ship's crew after it was found being mobbed by gulls 150 km out to sea.

The bird was rescued by a crew member and had suffered minor injuries, but was cared for by the team on board Peterhead-registered Benarkle II for the rest of their trip. The crew said the bird perked up a great deal after being "beefed up" with some chopped steak. 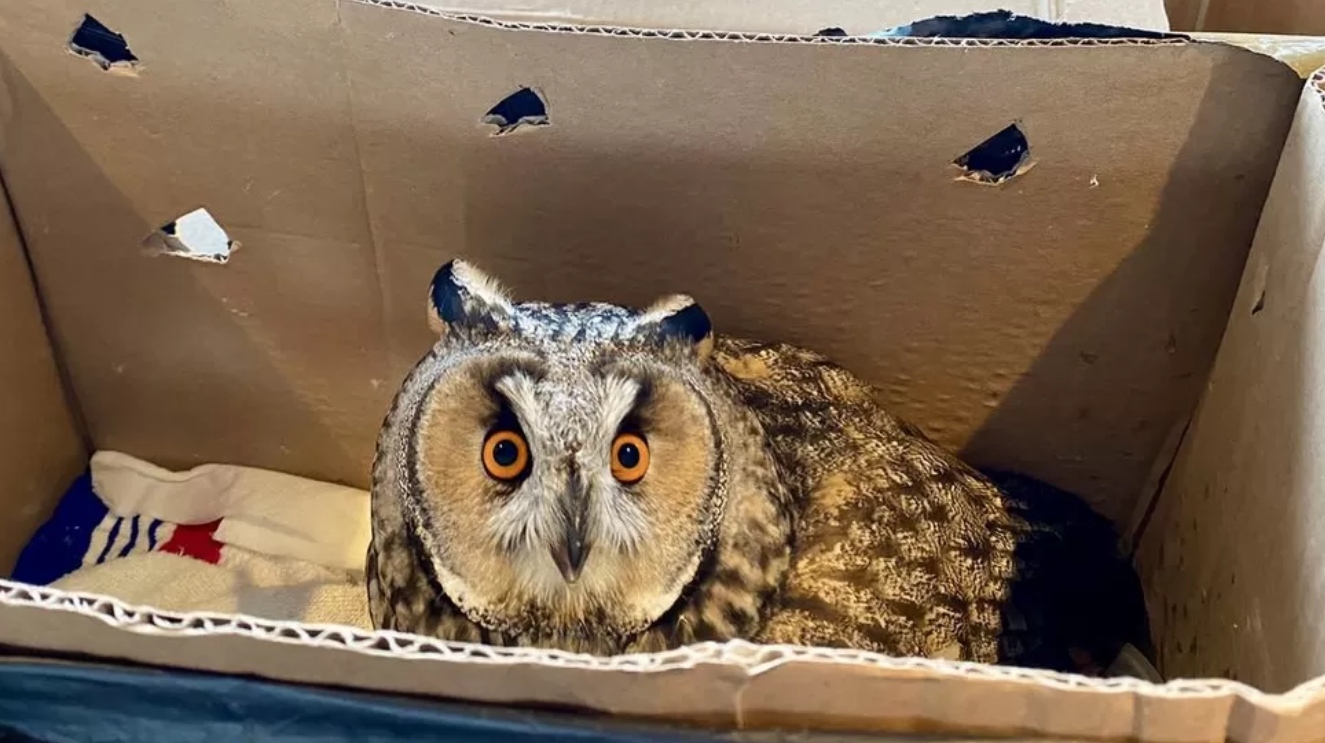 The owl was found around 150 km offshore (Benarkle II).

Crew members said the bird appeared on board the trawler in the middle of their trip last week, and seemed perfectly happy once it had settled into its new surroundings. Having returned to harbour, the owl was handed over to the Huntly Falconry Centre to fully recover.

John Barrie, who owns the centre, said: "The owl is just tired after the journey. They'd fed it up on the boat, and we'll do the same here. It just needs a bit of beef on it. It'll be here for a week or two then released back into the wild." 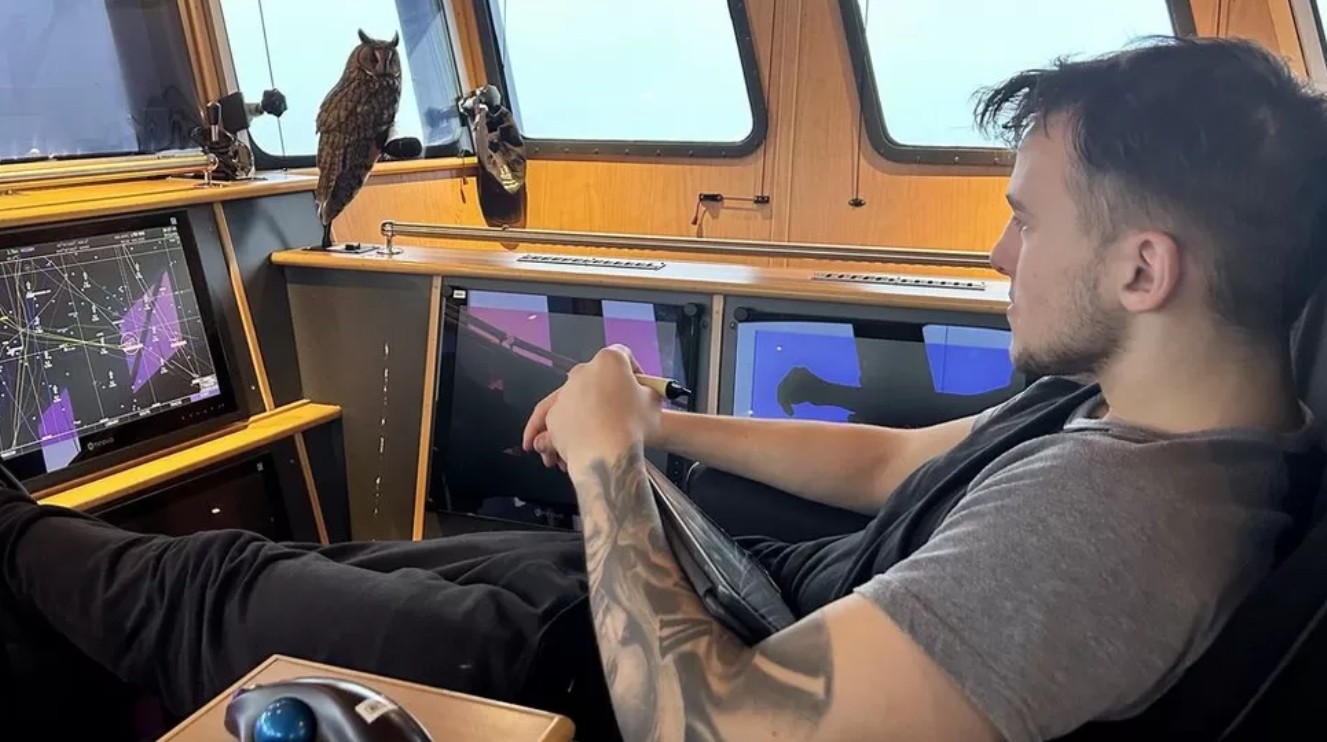 The owl soon took to life aboard the ship (Benarkle II).

A social media post from the team added: "[The owl] was starting to become used to the comings and goings of crew in the wheelhouse, even letting him out to stretch his wings. Although getting an unwilling owl to go back into his temporary home isn't the easiest of operations!"