A London family's home is being unwittingly tracked by a satellite tag which fell off a Eurasian Oystercatcher onto a beach in Orkney.

The GPS device was one of 32 attached to birds in County Dublin, Ireland, as part of a winter project for the local council. The oystercatcher migrated to Sanday in Orkney where it bred and the tag fell off onto a beach where it stayed for a few weeks before it began traveling again.

The tracker spent a night at a campsite on Orkney, visited a pizza place, then travelled south stopping off at a few tourist spots before ending its adventure on a residential street in Ealing on 3 June where it's been ever since. 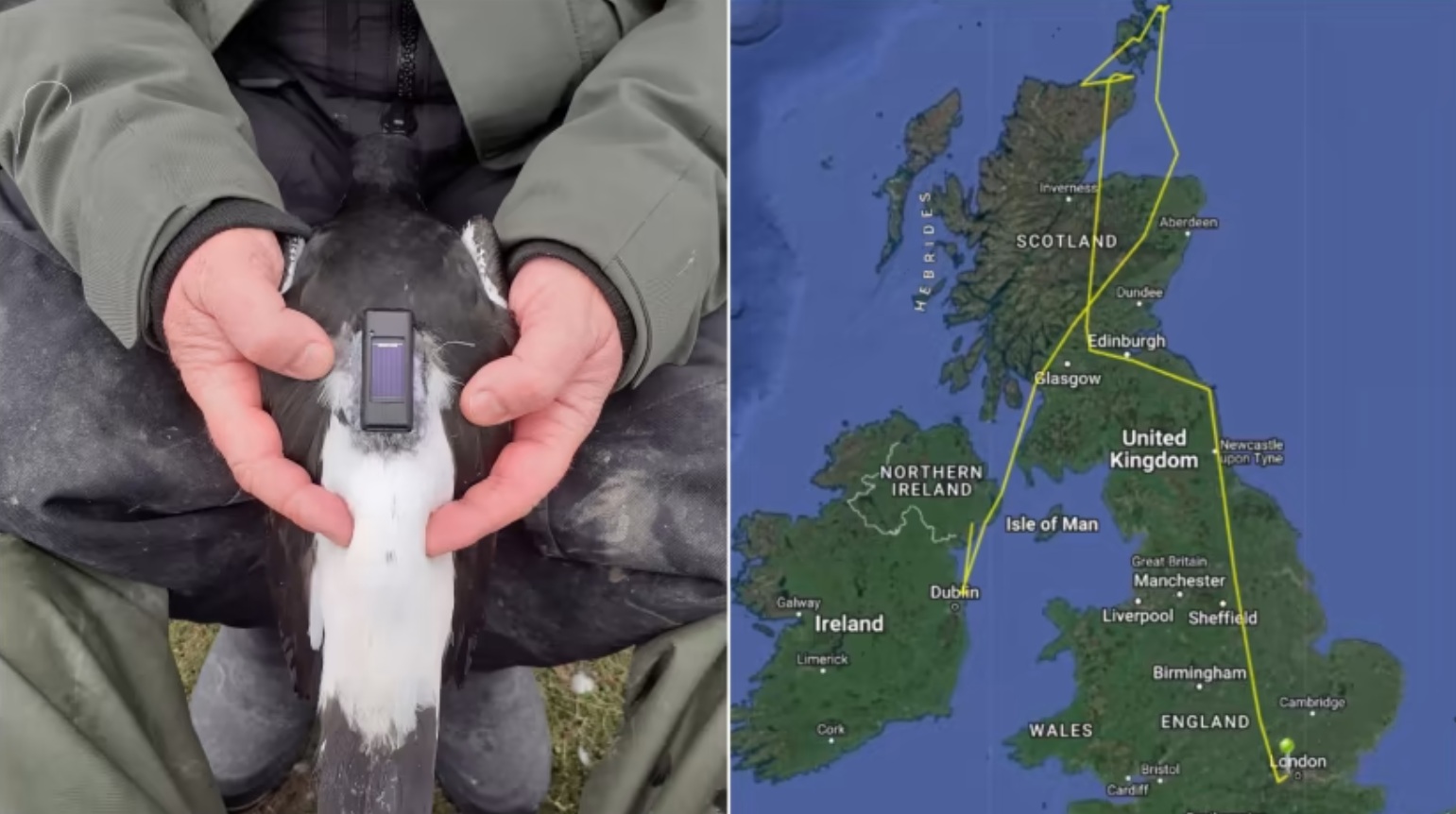 The GPS tracker on the osytercatcher and the GPS route (ITV News/Exeter University).

"The tags are worth around £1,000 each, so pretty pricey!" said PhD student Steph Trapp who is carrying out the research. "Of course that puts a limit on the number we are able to deploy, so any we can get back will be really valuable for increasing our sample size and the amount of data we can collect," she added.

Steph told ITV News she had narrowed the location down to a specific street and a couple of "possible houses" as the tags are accurate to a few metres.

The tags were being used to track the winter movements of several species of wading bird in north Dublin.

"The main focus is how the birds are using urban habitats like amenity grassland, playing fields and public parks, because at high tide their normal coastal and estuarine foraging habitats are covered in water which forces them up onto terrestrial sites," Steph explained.

"Their coastal habitats are protected as part of the Dublin Bay Biosphere reserve, but the urban parks and sports pitches aren't, so the council are keen to identify which sites are most important to these birds so they can give them proper protection," she added.

A reward of £100 in gift vouchers is being offered for anyone who returns the tag. Steph said they more they get back the more birds she can tag next season to collect data from.

Got the tracker? Email your details to s.bearhop@exeter.ac.uk.