Anti-bird netting has been erected across the favoured breeding site of a pair of Peregrine Falcons at Liverpool Cathedral.

Cathedral officials have not provided evidence as to exactly when the netting was installed, leading to suspicion in some corners that the disturbance may have happened illegally, at a time when the birds were in the early stages of the breeding season.

The falcons have nested successfully on the building for the past few years, but cathedral representatives are concerned about the damage being done to the sandstone building by the birds' guano. Conservationists say that the area affected is minimal in its extent. 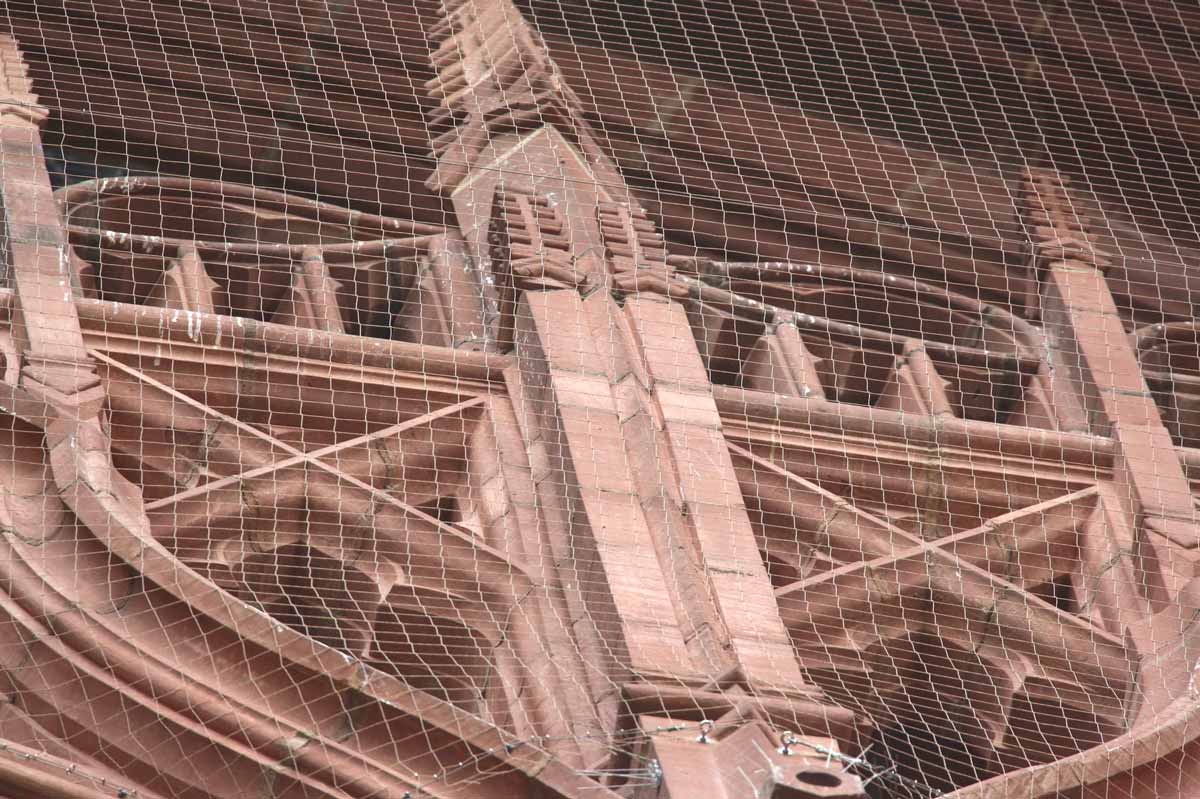 The Peregrine Falcons' usual nest site on Liverpool Cathedral has been netted off (@tony24764 via Twitter).

The cathedral said in a statement that it has now installed an alternative nesting site – a wooden platform – but this, local wildlife enthusiasts argue, is far more exposed and precariously positioned when compared to the traditional nesting site. The statement claims that the cathedral is "working to make sure [Peregrines] have a great environment to live in" and that it has "tried to create a fresh welcoming environment for them".

However, local ecologist Dan Foy has described the press release as "ludicrous", adding that it "portrays potentially illegal actions as a positive for the peregrines". 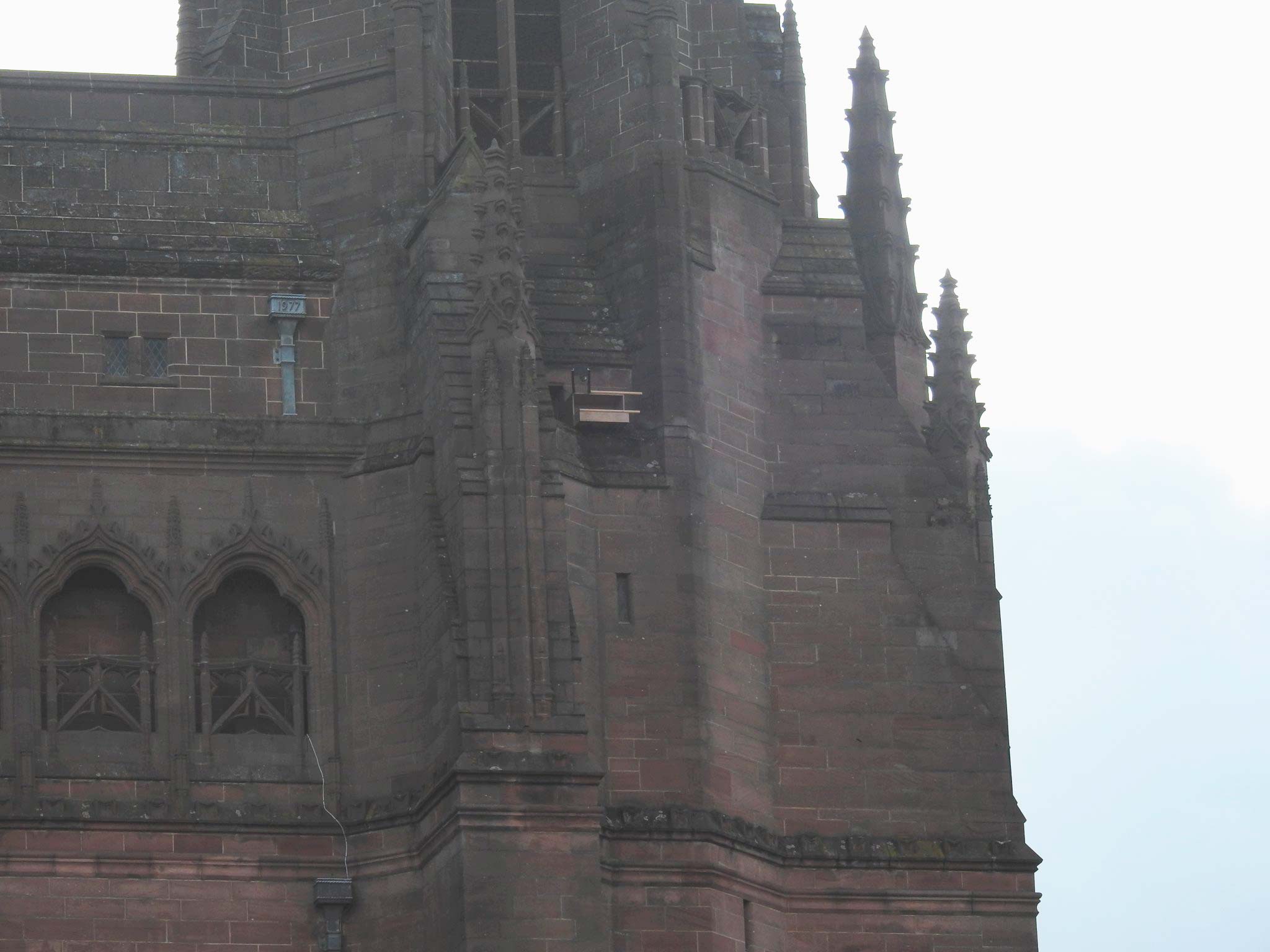 The newly installed Peregrine nestbox sits in an exposed position on the east side of the cathedral, with little protection for the chicks if they fall out the nest (Dan Foy).

The cathedral has also claimed that the nesting falcons prevent it from hosting an annual abseiling event which raises over £100,000 for local charities. However, the abseiling event is usually held in late July, by which point the young have fledged.

The cathedral claims it has worked with the RSPB on providing the alternative nesting site, but RSPB Liverpool has so far not commented on the situation.

There was no sign of either adult Peregrine Falcon around the newly provided nest site on 31 March.