The RSPB is assisting Norfolk Constabulary in an appeal for information into the theft of seven clutches of Little Tern eggs from a colony near Winterton, Norfolk.

EU Life+ Little Tern Recovery Project volunteers and staff work shifts to monitor the terns throughout daylight hours, when the birds are most vulnerable to disturbance. However, in the early hours of the morning of Thursday 20 June, RSPB Little Tern wardens discovered that up to 20 eggs had been illegally stolen from seven nests. Human footprints were identified leading up to each nest.

Little Tern is one of the UK's rarest breeding seabirds, having suffered serious declines over the past 25 years. In the 1980s there were 2,500 breeding pairs but this fell to fewer than 2,000 pairs in 2000, and it is now estimated that there are currently a maximum of 1,500 pairs. 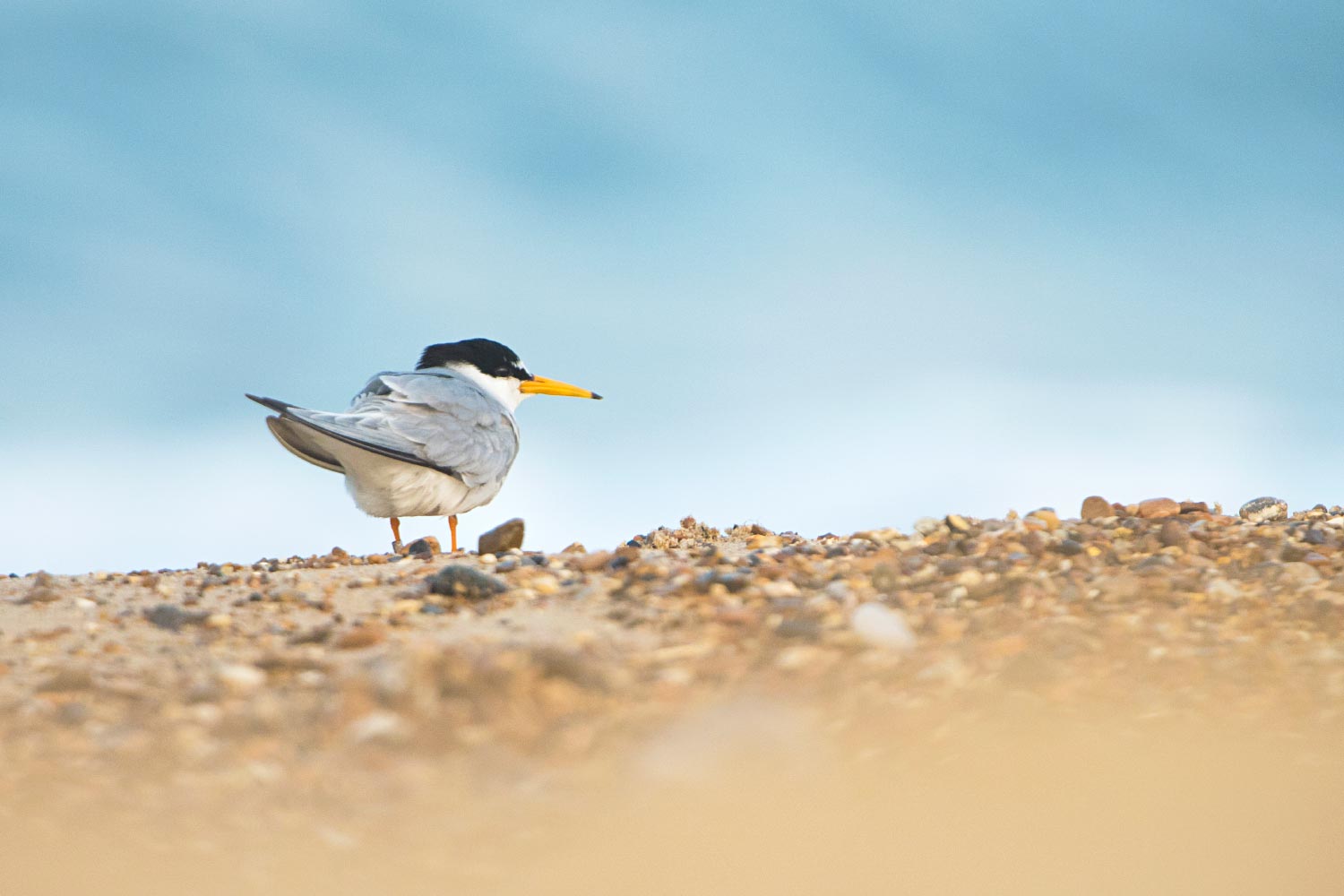 Little Tern is one of Britain's rarest seabirds, with the national population haven fallen to 1,500 pairs in recent years (Ben Andrew / RSPB images).

Fabian Harrison, from the RSPB, said: "With over half of the UK's breeding Little Terns making a home in East Anglia this year, it is devastating that seven clutches of eggs have been illegally stolen from the Winterton colony in Norfolk. Little Tern is one of our rarest breeding birds, travelling thousands of miles from their wintering grounds in Africa each summer to nest on our Norfolk coastline, as well as around the country. It is upsetting to see the hard work of these birds go to waste, as they will now have to re-lay and attempt to rear their chicks before the summer is over. We implore the public to stay vigilant and to report any suspicious behaviour to the Police immediately."

Officers at Norfolk Constabulary are appealing for information from anybody who witnessed anything suspicious between 6 pm on Wednesday 19 June and 7.30 am on Thursday 20 June, near Winterton beach.