The National Anti Snaring Campaign (NASC) has revealed that it recently received news of a Little Owl caught in a Fenn trap at the Sandringham Royal Estate in Norfolk in late May 2020.

The owl was allegedly found ensnared in the trap near Flitcham Barns, just east of Sandringham, on 29 May, although the finder was asked to suppress the discovery at the time. 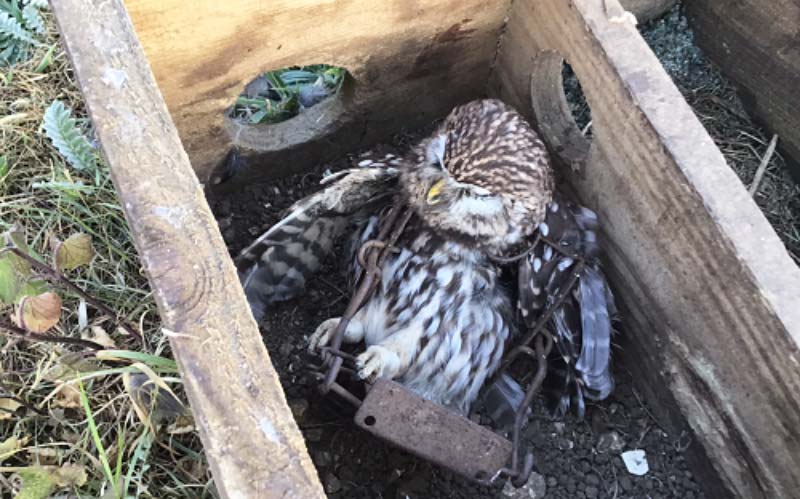 A photo of the Flitcham Little Owl caught in a ground-level Fenn trap.

Fenn-style traps were deemed illegal for capturing Stoats in April 2020, after the UK government agreed to implement the Agreement on International Humane Trapping Standards.

The British Association for Shooting and Conservation (BASC) has advised removing all Fenn traps at ground level that risk Stoat capture, although complexities arise in that they can still be used legally to capture other species such as Weasel, Brown Rat and Grey Squirrel.

Simon Wild of the National Anti Snaring Campaign said: "It is clear the Queen is interested in wild birds, and I think she would be horrified that a Little Owl was accidently killed in one of her traps. All Fenn traps at ground level should have been removed by law in April if the UK is to meet its obligations under the Agreement on International Humane Trapping Standards, and we have reported this trap."