A Red Kite has been photographed carrying a discarded McDonald’s cup in Suffolk, raising concerns over the dangers of litter.

The bird was seen by Chad Brown in Stoke by Nayland. First reported by the East Anglian Daily Times, the amateur photographer posted pictures of the bird with the drink cup on a local Facebook group. 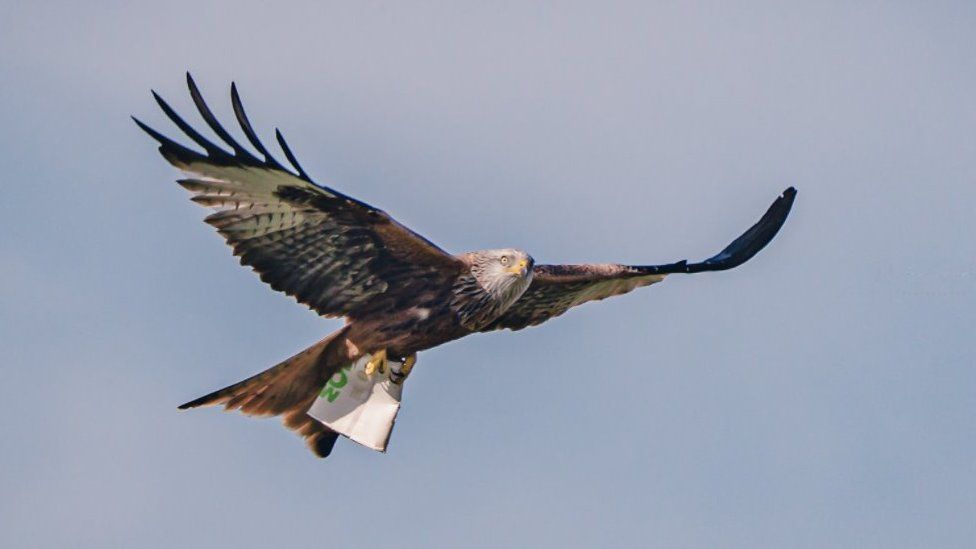 The Red Kite pictured with the discarded McDonald's cup (Chad Brown via Facebook).

"One dived down for what I thought was going to be prey, but instead the kite appeared with this McDonald's cup in its claws," he said. "Surely this pandemic has reminded us all how important our wildlife and green spaces are, and it would be such a shame for them to be blighted by litter at a time when we need them the most."

Mr Brown collected half a carrier bag of other rubbish from the area where several pairs of the birds are thought to be nesting. When shown a photograph of the kite and cup, a McDonald's spokeswoman said it was "deeply disappointing that a minority of our customers dispose of our packaging irresponsibly".

She said the company took its "responsibility around litter very seriously", adding its litter-picking teams had been carrying out work in local communities for almost 40 years.

An RSPB spokeswoman said: "A couple of days prior to egg-laying, kites decorate the nest with rubbish and oddments they find near the nest: paper, rags, crisp packets, carrier bags, even underwear and toys have been recorded.

"The sad part of this is that it seems litter is more readily available to birds than the natural materials they may have sought for the same purpose prior to humans leaving rubbish behind. And, of course, there is no telling what litter the birds might pick up and become injured by."