Previously feared extinct after months of searching in suitable habitat had drawn a blank, a single female Stresemann's Bristlefront was observed in Bahia, Brazil, on 12 and 14 December 2018.

The sightings, which were made in fragmented remnants of Atlantic Forest habitat, have renewed hope that there is still time to save this remarkable, ground-nesting songbird from extinction. With only one currently known individual, this may well be the world's rarest bird – although researchers are now equipped with renewed hope of finding more individuals in the near future. 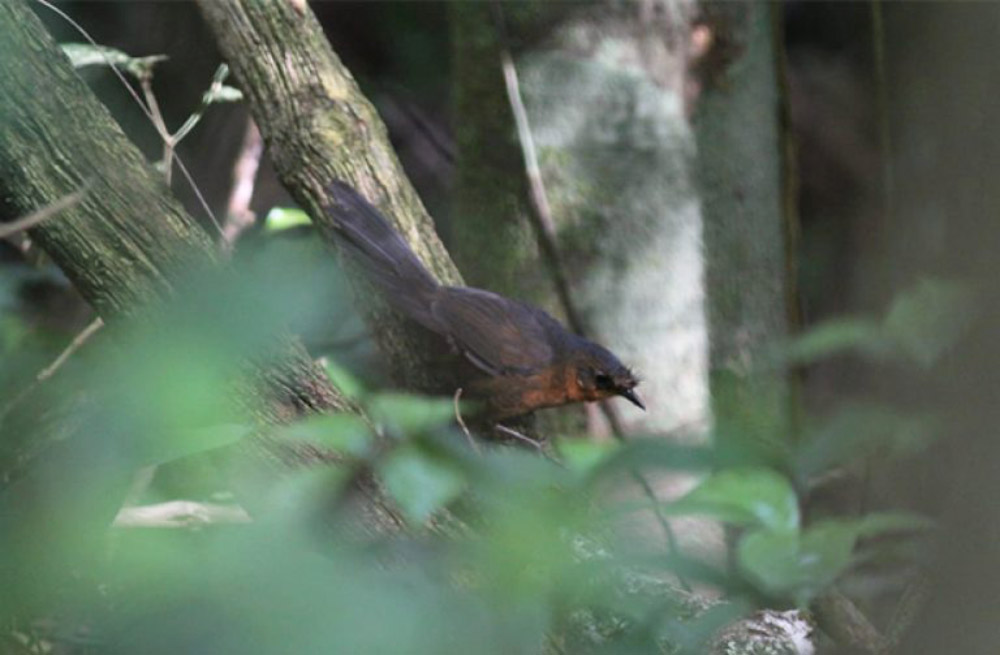 American Bird Conservancy (ABC) and its partner organization in Brazil, Fundação Biodiversitas, have been on high alert about the species' population, which numbered as few as 15 in recent years. In a bid to assess the current population, Fundação Biodiversitas, supported by ABC, sent a team this autumn to scour the species' remaining habitat, which includes forest within and outside of the Mata do Passarinho, or 'Songbird Forest', reserve. After several unsuccessful searches, the female bristlefront was seen outside the reserve's boundaries by Alexander Zaidan of Fundação Biodiversitas and researcher Marcos Rezende Peres. The team also obtained a recording of the bird.

Notoriously difficult to detect, Stresemann's Bristlefront has gone missing previously. It had been unseen for more than 50 years when it was rediscovered in 1995, also in the Brazilian state of Bahia. In 2007, Fundação Biodiversitas, with support from ABC, Rainforest Trust, and other organizations, established the Mata do Passarinho Reserve to safeguard habitat for this and other rare species, such as Banded Cotinga. The reserve preserves an important fragment of Atlantic Forest – one of the most threatened biomes in the world, with less than 10 per cent of its original habitat remaining.

Many details of this bird's life history remain a mystery, but before these details can be studied, the species' drop toward extinction must be halted. For now, the best chance at saving this species is to protect its remaining habitat.

With a dangerously small population, even slight disturbances could have major impacts on this species, as recent events have illustrated. Over the last five years, this region of north-eastern Brazil has suffered an unprecedented drought so severe that it dried up the reserve's streams. In 2016, fires spread into the reserve, damaging important habitat. Reserve staff report that they saw bristlefronts after the fires, but additional searches in 2017 failed to detect the birds within or near the reserve. 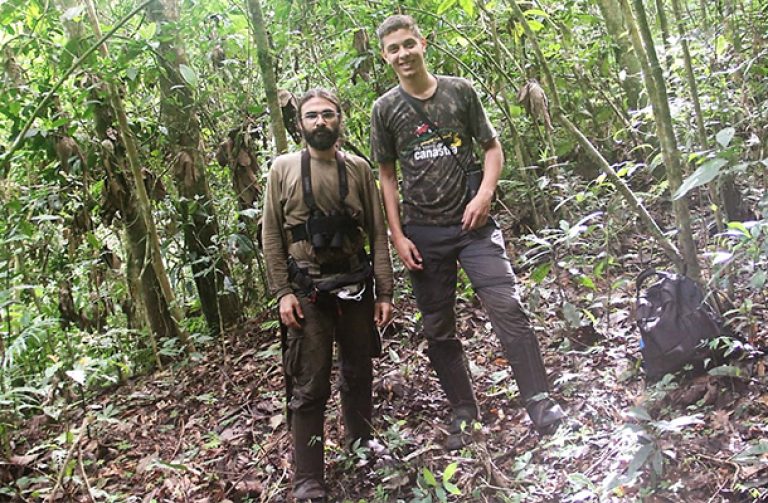 Alexander Zaidan (left) and Marcos Rezende Peres in the field after finding the bristlefront.

"Although we are relieved that the Stresemann's Bristlefront continues to survive, the species' future remains precarious,” said Amy Upgren, Alliance for Zero Extinction (AZE) Program Officer at ABC. "Much more work needs to be done to locate additional individuals and protect additional habitat."

"Conservationists have recovered a number of bird species from tiny populations, including the Seychelles Magpie-Robin, Whooping Crane, and Lear's Macaw. We are hopeful that if we can find more birds and take significant action quickly, this bristlefront population can also grow," added Gláucia Drummond, Executive Director of Fundação Biodiversitas.

Daniel Lebbin, ABC Vice President of Threatened Species, added: "ABC and our partners across the hemisphere are working hard to conserve this and other bird species on the brink of extinction, and to make sure other species don't decline to such dangerously low population levels."

Searches are continuing in hopes of locating other bristlefronts. ABC and partners are also creating an emergency action plan to protect more habitat. However, given just a sole bird has been observed in months of searching, the outlook for Stresemann's Bristlefront still appears extremely bleak.