North Yorkshire Police is appealing for information after five dead Common Buzzards were found hidden in a hole in the ground on land below Fox Hole Crag, on the edge of Bransdale in the North York Moors. 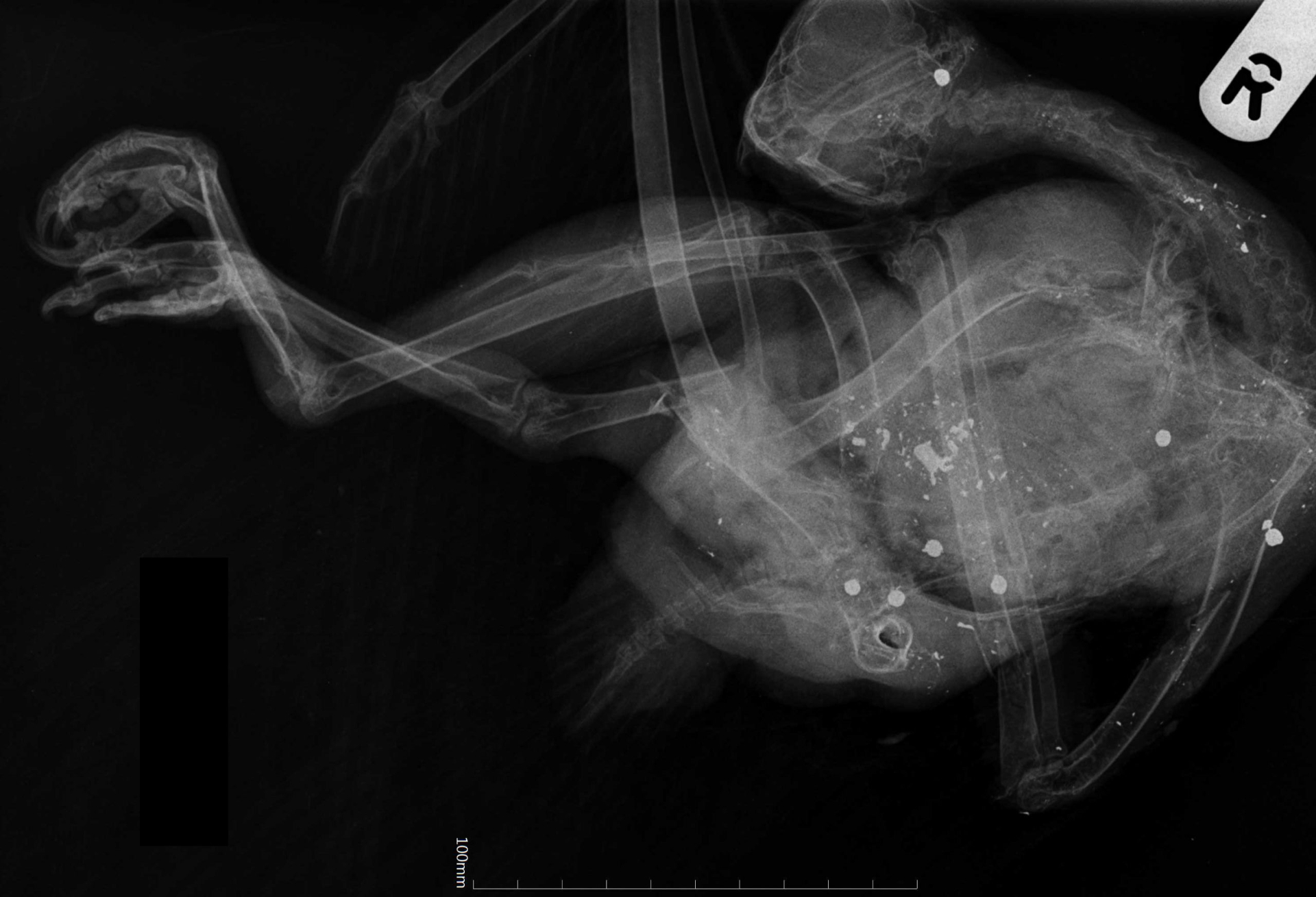 An X-ray showing one of the buzzards containing pieces of shot (North Yorkshire Police).

Following information reported to the police in April 2020, officers attended the location and discovered five dead buzzards. The birds were then X-rayed, with four found to contain pieces of shot. So far, eight individuals have been interviewed under caution in connection with the incident.

This latest incident comes after a Common Buzzard was found shot at Shipton, near York, on 29 March, a Red Kite was found shot dead near Leeds over the Easter Weekend and Magpies were allegedly 'trampled' to death close to the latter city following an illegal rave.

Enquiries are ongoing and if members of the public have any information which could help this investigation they are encouraged to call 101 quoting reference number 12200063953.