Last chance to save farmland wildlife?

Biodiversity is in freefall in Europe, according to BirdLife International. Stories of the collapse of insect and bird populations, mostly related to intensive agriculture, have been hitting the headlines across Europe. Around 76 per cent of insects have been lost in Germany in one generation, while farmland birds in France have declined by 30 per cent in just 15 years. These stories provide an urgent and much-needed wake-up call to the severity of the situation.

Biodiversity loss and climate change are recognised as the two ‘planetary boundaries’ that require urgent action, with intensive farming at the heart of the problem. The most recent report of the UN scientists working on biodiversity loss concluded that: “Land-use change is the major direct driver of the loss of both biodiversity and ecosystem services in Europe and Central Asia.”

The intensive farming model is not just harming the environment with its severe pressures from farming on water, soils and serious greenhouse gas emissions. The problems go both ways: declining pollinators, natural predators, the erosion of soils and the exhaustion of water resources also pose a threat to long-term food production and farmers’ livelihoods.

Harriet Bradley is EU Agriculture and Bioenergy Policy Officer for BirdLife Europe and Central Asia. She stated that now is the time for those with power to put their (that is, the public’s) money where their mouth is. The post-2020 EU budget, now reaching its final negotiations within the European Commission, offers an opportunity to make a major step towards turning this situation around. It is clear that such sums must come from Common Agricultural Policy (CAP) funds, which represent almost 40 per cent of the current EU budget, compared to the much smaller dedicated environmental and climate fund, LIFE, which represents just 0.3 per cent. 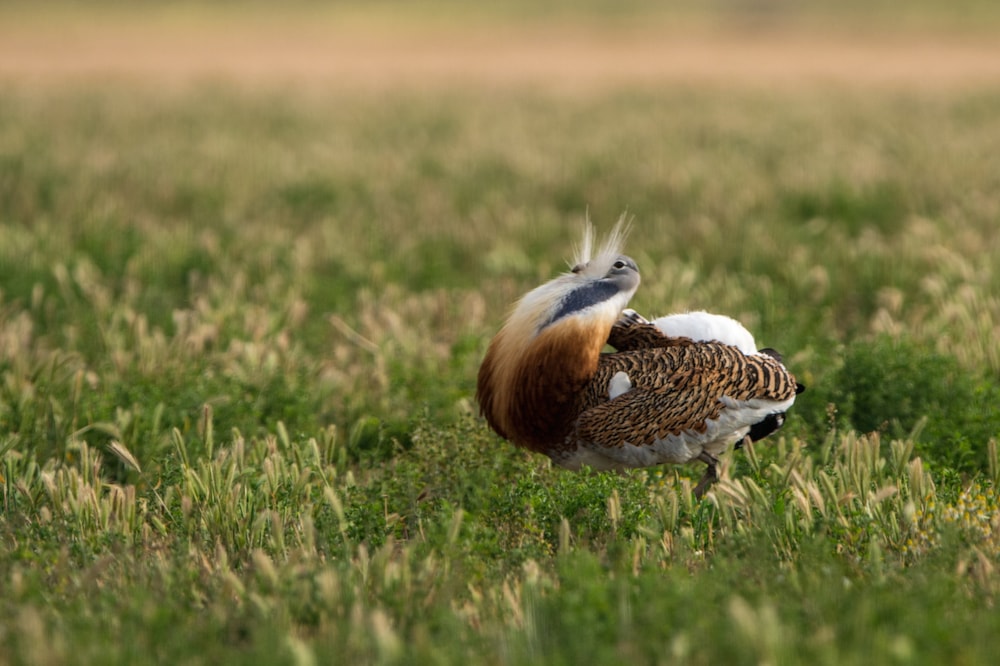 The decline of Great Bustard in Europe (seen here at Villalpando, Castilla y León, Spain) has been laid firmly at the foot of agricultural intensification (Marc FASOL).

BirdLife Europe, along with the European Environmental Bureau, Greenpeace and WWF, sent a joint letter to Budget Commissioner Günther Oettinger calling for 50 per cent of the total future CAP budget to be legally ring-fenced for climate and environmental measures. Within this, a figure of €15 billion per year should be dedicated to biodiversity spending. This is the amount estimated to be needed to achieve full implementation of the EU’s nature conservation laws, which the EU is legally obligated to fund. Nothing else will do, Ms Bradley added. Three rounds of CAP reform have shown that the policy has failed to deliver through ‘soft ring-fencing’.

About 80 per cent of CAP payments currently go to just 20 per cent of recipients, with most channelled to the richest beneficiaries. Rather than spending public money on propping up the incomes of the wealthy, it would be better spent supporting farmers to deliver public goods and to transition from a dead-end agricultural model to a sustainable one, BirdLife added. Only then can the EU address the existential threats facing the agriculture and delivering on the environmental and climate goals of the EU, as demanded by EU citizens.