Large Blue has made a successful comeback to Gloucestershire following a reintroduction scheme.

Some 1,100 larvae of the butterfly were taken from other West Country locations and released on Rodborough Common last August. An estimated 750 butterflies have since emerged over the summer, the National Trust has said. 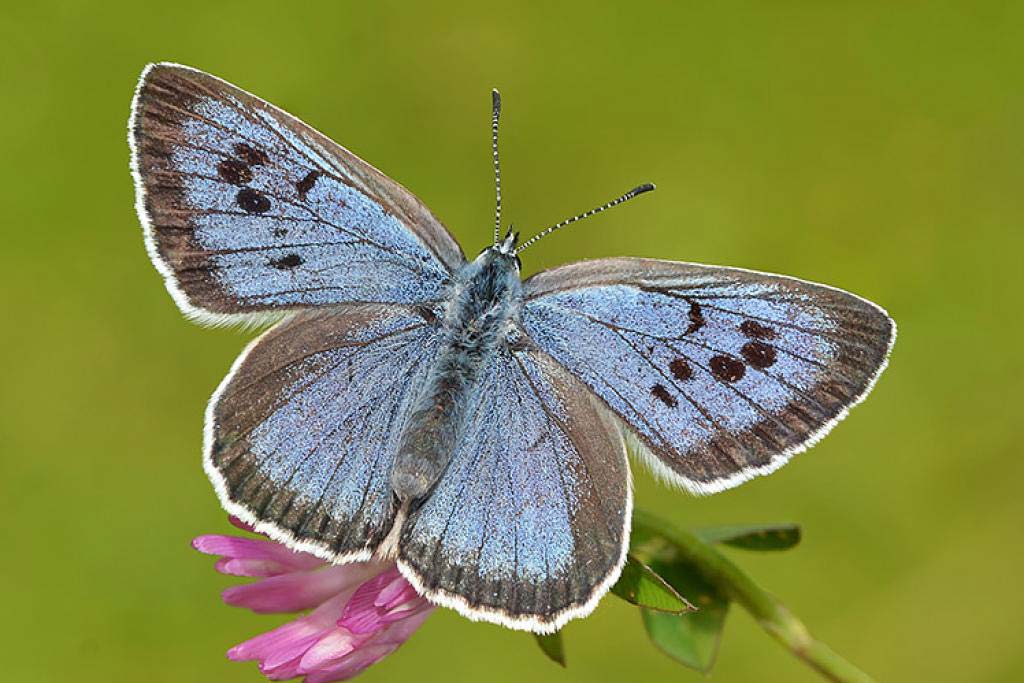 The habitat on which they feed – a mix of a red ant species, wild thyme and marjoram – took five years to create. Their life cycle involves the larvae tricking the ant into carrying them into their nest where they feed on ant grubs before emerging the next year as butterflies.

The successful project means it is the first time in 150 years that Large Blue has been recorded at Minchinhampton and Rodborough Commons. As recently as 2016, a population of 10,000 of them were thriving in parts of Somerset and other areas in Gloucestershire.

Evidence of the butterflies breeding was recorded at the release site, but also further away on the commons, indicating they had already expanded their range, the charity said. Small temporary grazing areas were created to allow cows to graze the slopes to provide the right conditions for ants.

Researcher David Simcox said: "The butterfly needs high densities of the heat-loving red ant, which has a crucial role to play in the lifecycle of the butterfly. The grazing cows create the ideal conditions for them by keeping the grass down so sunlight can reach the soil which gently warms it."

The work was carried out by the National Trust, Butterfly Conservation, Limestone's Living Legacies, Natural England, the Royal Entomological Society (RES) and the Minchinhampton and Rodborough Committees of Commoners.

The large blue butterfly was declared extinct in Britain in 1979 but was first reintroduced from populations on the continent nearly 40 years ago and has been established at a number of sites across southern England.