Natural England has revealed that one of the most important sites in Britain for water birds, the Ribble Estuary National Nature Reserve (NNR) in Lancashire, has been extended by nearly a fifth.

The additional areas of internationally important saltmarsh and newly created wetland habitats now added to the NNR, bolstering the nature reserve's impressive stature as the third largest in England at 5,231 ha.

The NNR is one of Britain's most important sites for waterbirds, with many rare and threatened species breeding or wintering there each year. More than a quarter of a million wildfowl and waders gather on the marshes each winter, including the iconic sight and sound of tens of thousands of Pink-footed Geese.

Huge numbers of Pink-footed Geese use the Ribble Estuary during the winter months (Gordon Speirs).

The news, announced on 9 December, is a result of a partnership of many landowners and stakeholders across the estuary – including Natural England, The RSPB, and LDWA – who have collaborated to secure greater protection and management for the Ribble Estuary's rich habitats.

The existing NNR will be expanded to include the RSPB Marshside and RSPB Hesketh Out Marsh nature reserves, as well as additional land managed by the Lytham and District Wildfowlers Association (LDWA) at Warton Marsh. Natural England will continue to manage the substantial part of the existing NNR.

Announcing the new extension, Natural England Chair Tony Juniper, said: "The National Nature Reserves are the very jewels in the crown of our wonderful natural environment and Natural England is very proud to declare this very significant extension to what is already one of our largest of such reserves. The Ribble Estuary is one of the UK's most important areas for waterbirds and this extension will mean that the habitat here will be bigger, better, and more joined up, making for a more secure future for the iconic wildlife that relies on this internationally important place, including the quarter of a million migrating waterbirds that visit and feed here.

"For far too long the natural world upon which we all depend has been in decline, and today marks another important step toward the establishment for England's Nature Recovery Network, enabling the restoration of Nature at scale across the length and breadth of the country, in the process bringing a wide range of practical benefits, including for everyone to enjoy." 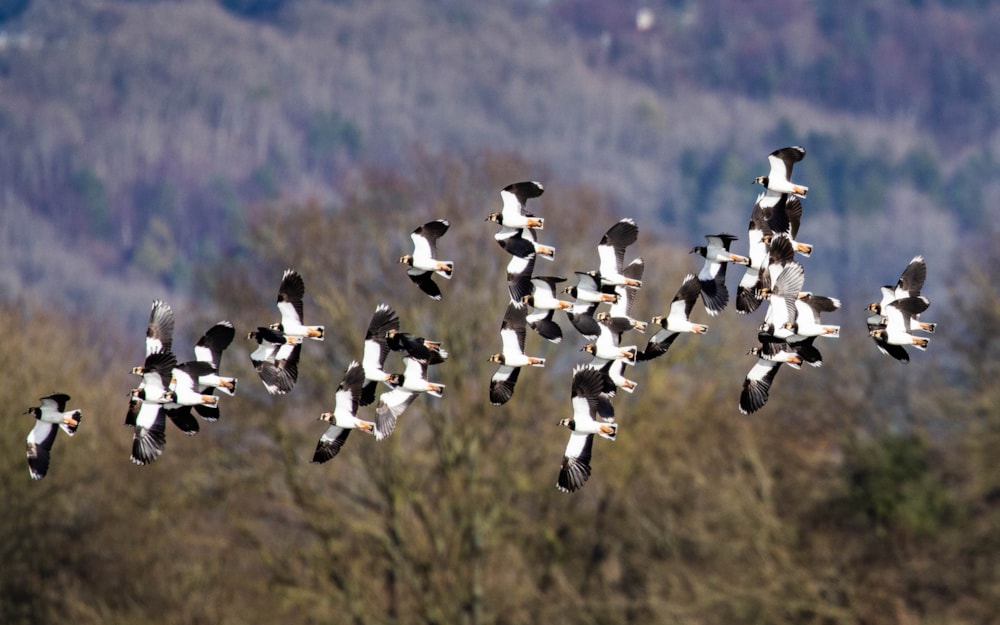 Northern Lapwing is one of several decining waders that will benefit from the new expansion (Arturas Kundrotas).

Jim Wardill, RSPB Operations Director for Northern England, added: "The fantastic news of a bigger, better and more joined up National Nature Reserve, is real testament to both the national importance of the estuary's birdlife, and the power of collaborations. We're excited about what this large-scale nature reserve means for both the wildlife that can thrive there, and the local communities who will be able connect to nature and learn about the importance of conservation through the RSPB's newly refurbished Ribble Discovery Centre from next spring."

Andrew Cash, Chairman of Lytham and District Wildfowlers Association (LDWA), said: "LDWA are proud to have been custodians for more than 35 years of 200 plus ha on the north bank of the Estuary, the last 25 of these within the Ribble Estuary National Nature Reserve. Working in close conjunction with Natural England and its predecessors, the area has become increasingly a haven for breeding and overwintering birds, and other fauna and flora, and a nationally recognised model of good saltmarsh management and conservation.

"LDWA is pleased, as part of the extension of the Nature Reserve announced today, to have dedicated a further 100 plus ha of its land, to ensure the future protection and improvement of the Association's landholdings under the agreed management regime for the enlarged area."

The Ribble Estuary National Nature Reserve was first declared in 1981 (as Ribble Marshes NNR), originally over an area of 2,302 ha, and has since been extended on three occasions.