Knife in the back for spoon-billed bird 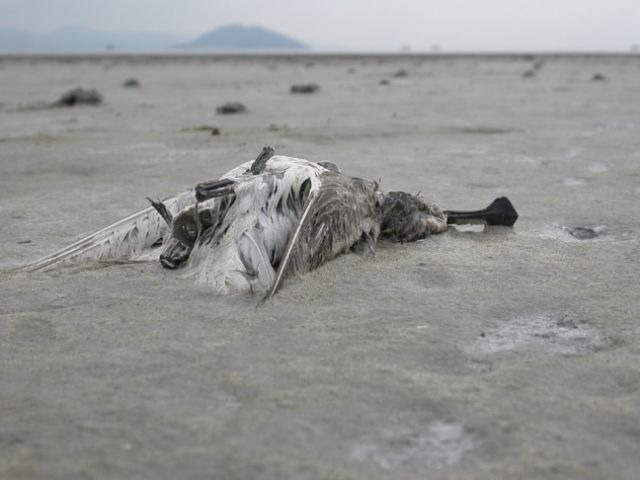 The Spoon-billed Sandpiper, a small wading bird with a spatula-shaped bill, has declined by 70% in 20 years on breeding grounds in Russia, where conservationists fear only 100 pairs remain.

Disturbance by dogs roaming wild from nearby villages is largely responsible for losses of these ground-nesting birds that migrate 15,000 miles to and from their Arctic nesting sites each year. Their demise in Russia follows the drainage of Saemangeum wetland in South Korea, previously the most important refuelling stop-over for Spoon-billed Sandpipers and many other long-distance species. The RSPB and BirdLife International believe that protection for Russian nesting sites is now the only way to stop the Spoon-billed Sandpiper from going extinct.

John O'Sullivan, an international specialist at the RSPB, said: "These birds are in very serious trouble. They nest close to villages and are easy targets for the dogs, which frighten adult birds from nests and take their eggs and young. "These dogs are huskies, guard dogs or hunting dogs, all owned but living outside and roaming in packs. This is the most immediate problem the birds are facing but egg-collecting, hunting and the melting of permafrost because of climate change could also be affecting them." 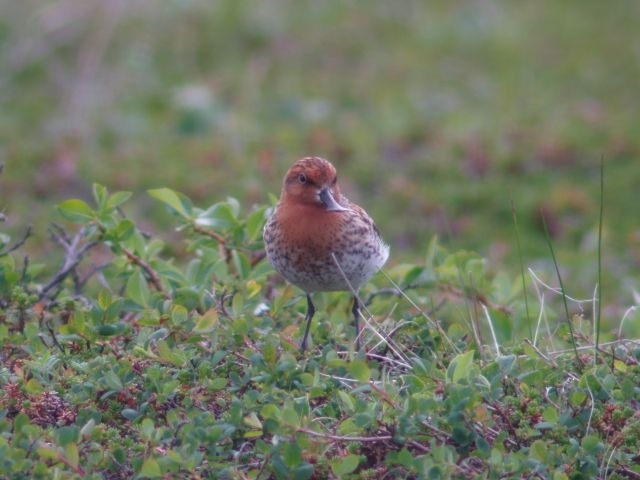 Spoon-billed Sandpipers are the rarest birds in the Arctic. Worldwide, they have plunged in number by 80 per cent in the last 40 years and on some breeding sites in Russia's Chukotka and Kamchatka provinces by more than two thirds in two decades. Conservationists say up to ten wardens are needed to patrol nesting sites to ward off the dogs and threats from humans. "They would keep a close eye on the nests and work with villagers to control their dogs," Mr O'Sullivan said. "They would be local people and would understand how to influence others living in the villages. Most locals don't know just how rare these birds are. The wardens would educate both adults and children and would find their own solutions to problems."

Spoon-billed Sandpipers have also been harmed by the completion 18 months ago of a 20-mile wall blocking out the sea from Saemangeum wetland, on South Korea's Yellow Sea coast. The area has become a wasteland, prompting a public outcry. About 70,000 hectares of coastal wetlands have been lost to Korean drainage projects threatening more than 30 bird species with starvation. 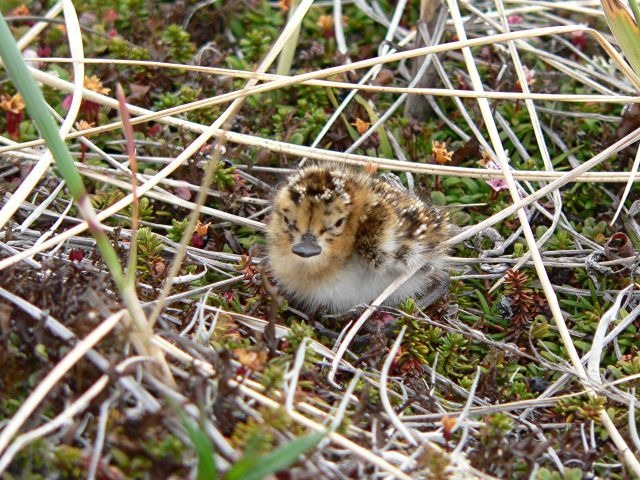 The RSPB's Sarah Dawkins has worked with Birds Korea studying the birds of Saemangeum. She said: "The Yellow Sea is the East Asian equivalent of Britain's estuaries and the Wadden Sea combined. It is by far the most important staging post for migrating birds in the region. The problems in Russia mean spoon-billed sandpipers are facing a double whammy. We must do everything we can to save those that remain and give them a chance of increasing their numbers."

BirdLife International is appealing for funds to pay for wardens in Chukotka. Richard Grimmett, BirdLife's Global Conservation Manager, said: "The recent declines have shocked those concerned about the spoon-billed sandpiper but with investment and dedication we can still save the species."

Evgeny Syroechkovskiy, Vice President of the Russian Bird Conservation Union, said: "If declines in Russia continue, these amazing birds won't be around for much longer. There is no doubt that these birds are close to extinction and protecting their breeding sites is the first, most important step we can take. Action to safeguard them needs to be taken now, for there to be any chance of saving them."

To find more information on the project, visit Birds Korea and Restore Saumangeum.
Written by: RSPB
Login to leave a comment
Return to List