The White Stork Project has announced a record-breaking start to the breeding season at the Knepp Estate in West Sussex, with 37 eggs counted across nine nests.

The project hopes for a bumper summer in 2022, following on from last year when 14 chicks successfully fledged from six nests. There have been some positive signs that things are on track for the team's target of 50 breeding pairs by 2030 – one of this year's breeding birds is an individual that was released as a juvenile on the estate in 2020, an unusually early age for a White Stork to attempt to breed. 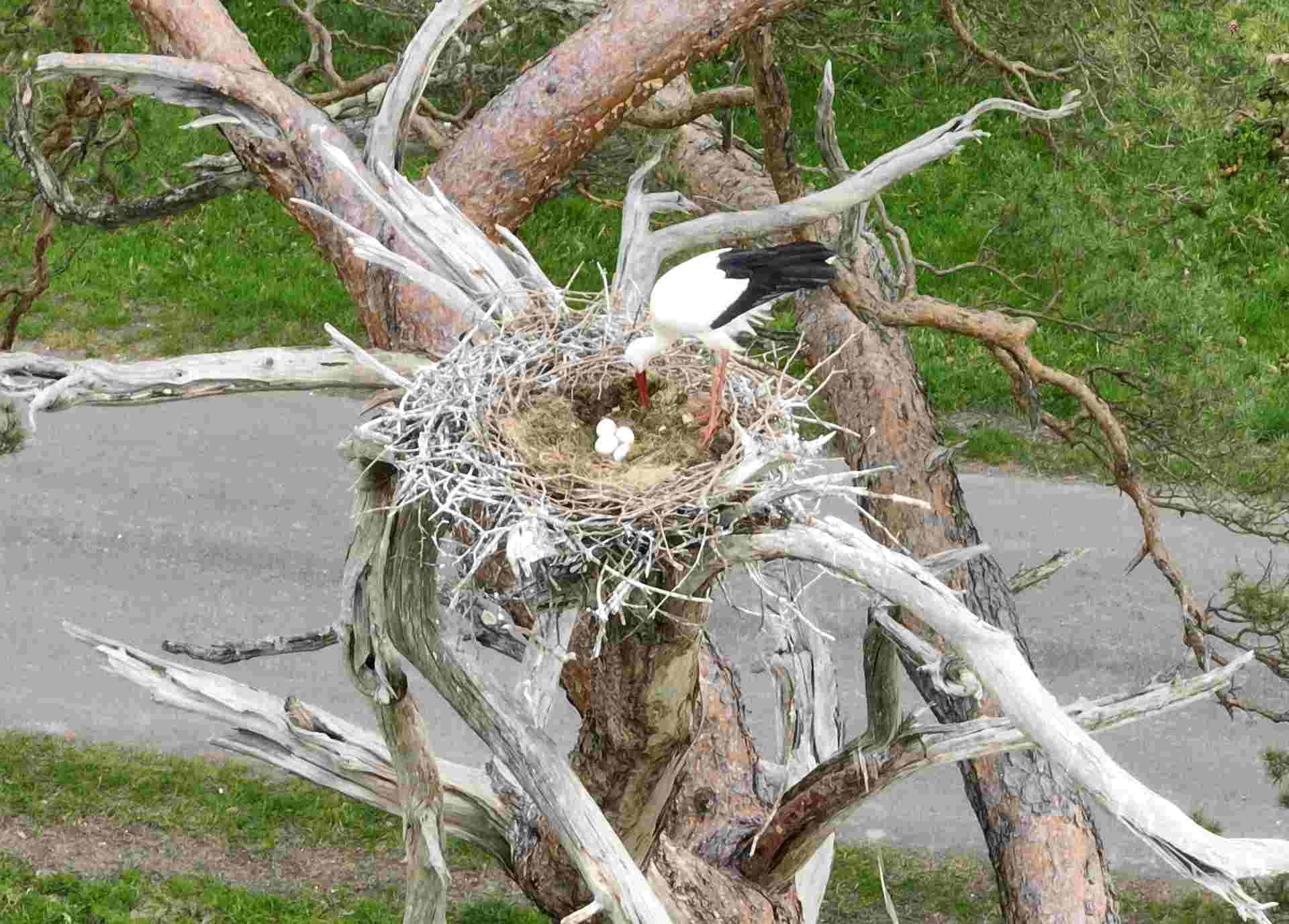 Drone footage of one of this year's White Stork nests (White Stork Project).

In addition, one of the nests with eggs is one which has failed to successfully produce any young in the past two years.

The project team are also keeping a close eye on their GPS tagged birds, one of which – nicknamed 'Victoria' – has been gradually making her way north after spending the winter in Morocco and is currently residing near Madrid. Another tagged bird, GB2D ('Marge') is also thought to still be in Spain, although her tag recently stopped transmitting.

Meanwhile, reports of ringed birds seen in the UK and further afield have been received by the project. One female, GB46 (aka 'Doris'), has been clocking up some air miles. Since being released in 2019 she has travelled widely across the UK before turning up in The Netherlands last year where she stayed until a couple of weeks ago, before relocating to Aberdeenshire, and has most recently been seen in Northamptonshire.

Find out more about the White Stork Project and keep up to date on the tagged birds' movements at www.whitestorkproject.org.