The White Stork Project at Knepp, West Sussex, are to release a further 37 captive-bred birds next week as the scheme enjoys its most successful year to date.

On 26 July, the Project welcomed the new birds from their partner site Cotswold Wildlife Park in Wiltshire. Of these storks, 33 were reared at the Wildlife Park, atlhough four birds came from The Wildwood Trust in Kent, who have become involved in the project for the first time this year. 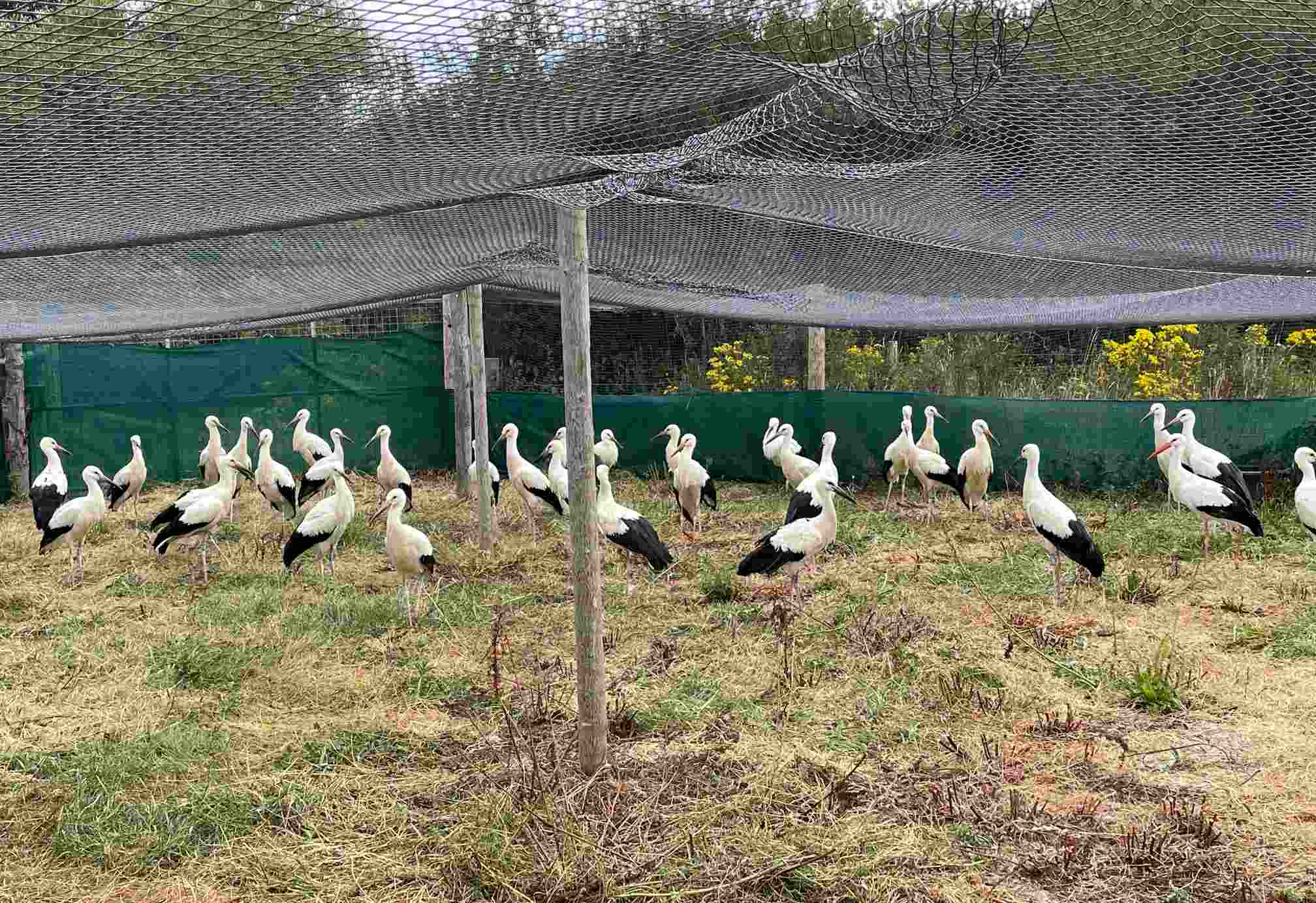 Some of the captive-bred White Storks that will be released at Knepp next week (White Stork Project).

All the birds were fitted with BTO and Darvic leg rings and eight of them were given GPS tags. For the first time, the project has also GPS tagged four of the wild-born chicks in the nests at Knepp. All being well, the newly arrived storks will be released in the second week of August, to join the other resident White Storks and their wild offspring.

The project has enjoyed its most successful year to date, with 19 young fledging from eight nests on the Knepp estate, plus the first successful wild breeding from another site, with one chick fledging at a partner site in East Sussex.

The aim of the project is to have 50 pairs of White Storks breeding in south-east England by 2030.

If you see a White Stork, please report it to the White Stork Project, ideally giving the location (as precise as possible), date, time and behaviour of the bird, and the leg ring number if it had one and you were able to read it. You can submit sightings at www.whitestorkproject.org/report-a-sighting.