Two Common Kestrel chicks are "lucky" to be alive after they were found nesting in a jet plane's exhaust system.

The birds had not eaten for several days when engineers spotted them in the Airbus A320 undergoing repairs in the Vale of Glamorgan. RSPCA Cymru later rescued them before they were sent to Gower Bird Hospital for rehabilitation. 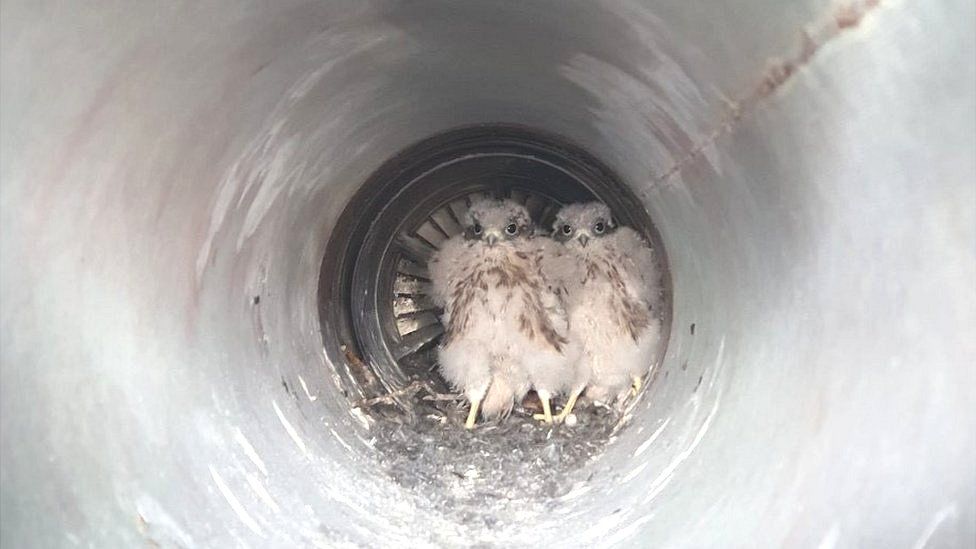 The young kestrels inside the exhaust (RSPCA).

RSPCA Inspector Simon Evans said: "I have no doubt they were rescued just in the nick of time. Kestrels are less common than a lot of people think – but rescuing any animal from an aircraft is certainly a new one on me."

"We're just so very lucky mechanics hadn't started the aircraft's engine or this would have ended in disaster." The passenger aircraft had been on a runway at St Athan's Bro Tathan business park for almost a year and had been brought into a hangar for repairs.

During maintenance work technicians Umit Atas and Luciano 'Lucky' Ferriera spotted two pairs of eyes from inside the exhaust of an auxiliary power unit. The birds have since been nicknamed Umit and Lucky, after their rescuers.