Seasalter Levels, Blean Woods and Wraik Hill nature reserves have been the subject of intense conservation efforts over the last year in a bid to increase biodiversity and protect against the effects of climate change.

The project was a collaboration between the RSPB, Kent Wildlife Trust (KWT) and the City of Canterbury Council, boosted by £1.9 m from a DEFRA fund. 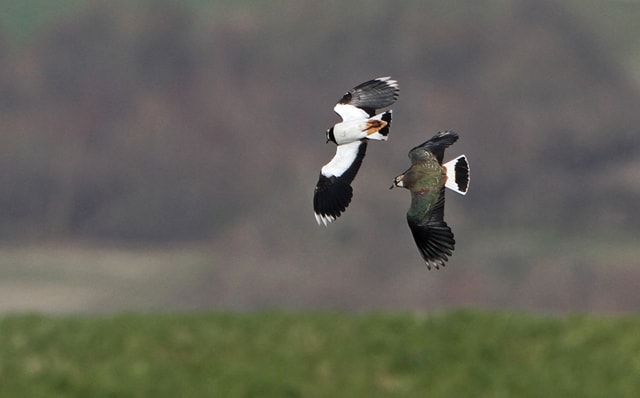 Northern Lapwing will benefit from the work at Seasalter Levels (John Whitting).

Seasalter Levels has seen a huge transformation over the course of the work. Some 260 ha have had new dykes, pipework and other infrastructure added, while invasive plant species have been cleared. This will help water to stand on the grazing marsh in the spring and summer, helping breeding waders. Already there has been an increase in the number of Northern Lapwings on site, and sightings of Green Sandpiper.

Meanwhile, a portion of Blean Woods has been re-wetted through the addition of a series of natural dams, and 10,000 m of invasive scrub has been cleared at Wraik Hill, providing room for wildflower meadows. A new footpath and interpretation boards have been added there, improving the visitor experience. "These projects will not only massively benefit key wildlife species in Kent, but also help combat the effects of climate change in this county, which suffers from extended drought periods," said Alan Johnson, RSPB area manager for Kent.

Councillor Ashley Clark, Canterbury Council's Head of Open Spaces, explained: "Green spaces such as these are vital bastions of diversity but that does not happen on its own. They have to be worked on and enhanced to maintain a balance of vital key habitats."