Keep an eye out for a mythical shrieking beast

Conservationists are urging people to alert them of any sightings of the Death's Head Hawk-moth, an unusual visitor to Britain from Southern Europe with skull-and-crossbones markings and the ability to shriek. 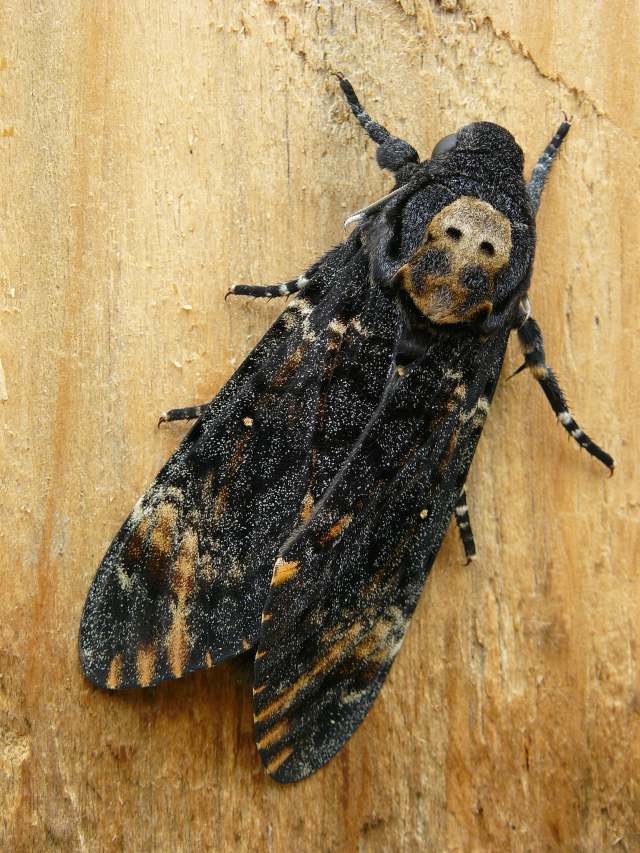 The Death's Head Hawk-moth is the largest moth to appear in Britain, sporting a wingspan of up to 13cm. As well as being a striking species visually, it has the unusual habit of entering beehives in search of honey and, if handled, emits a loud, shrill squeak by forcing air out of its proboscis — the long, tube-like appendage that butterflies and moths normally use to suck nectar.

Zoe Randle from Butterfly Conservation said: "We have very few sightings reported to us of this fascinating species and would like to learn more about it. We are encouraging people to let us know if they see one this season and help us gain more information on where they like to visit."

Unlike most hawk-moths, the Death's Head Hawk-moth has a short proboscis and therefore cannot take nectar from deep-throated flowers. It feeds on sap from trees and honey from bees' nests. The shriek is makes is supposed to subdue and control the worker bees, whose honey it is robbing.

Because of its skull-and-crossbones markings and its unexpected ability to make quite a loud sound, the Death's Head has been an object of terror throughout the ages. Throughout Europe, the moth was thought to be a harbinger of war, pestilence, and death to man and beast alike. Its appearance in a candlelit room, especially if it managed to snuff out the candle, was an omen of death in the house. In France, dust from its wings was thought to cause blindness. The moth brought fear and panic in Brittany when large numbers appeared at the time of a widespread pestilence. 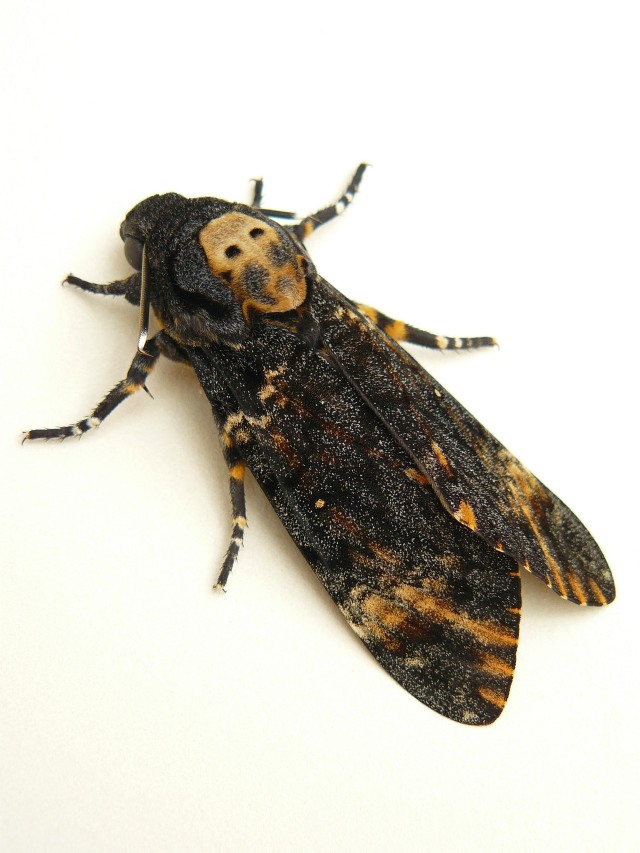 The moth's awe-inspiring properties are markedly enhanced by the sound it makes: this has been described as a 'dismal, melancholy cry' and like the 'plaintive squeaking of a mouse'. In Poland, where it is known as the 'wandering death-bird', its cry was heard as a voice of anguish; the moaning of a grief-stricken child. The Death's Head has also entered modern mythology in its role as an emblem of evil in the book and film of The Silence of the Lambs.

If you have seen a Death's Head Hawk-moth, please report your sighting to your local moth recorder. Details can be found at www.mothscount.org.