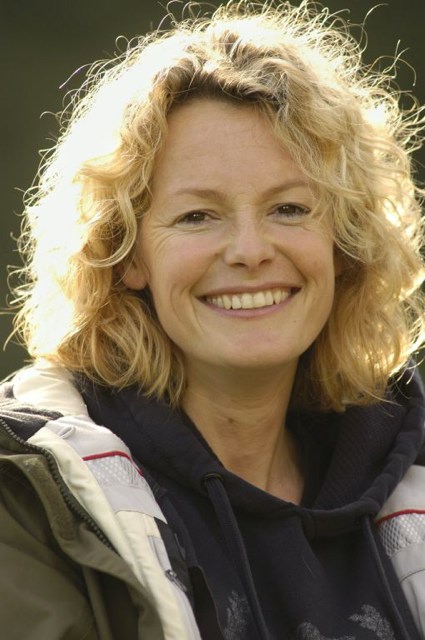 The call for a Marine Act - giving greater protection to the UK's marine wildlife - will come to London later today when a quarter of a million-strong petition - comprising supporters from four conservation organisations - will be delivered to Downing Street by four children representing our future generations. The RSPB, The Wildlife Trusts, Marine Conservation Society and WWF are campaigning for a full Marine Bill in next month's Queen's Speech. They have long been campaigning for new and improved marine nature conservation legislation. Currently, the groups regard existing marine legislation as ineffective, inadequate or even non-existent.

The petition has attracted widespread support, including a pledge from Kate Humble, the RSPB's newest Vice President and a big fan of the marine environment. Kate Humble said: "As a diver I know what an amazing wealth of wildlife we have in the seas around the UK. But, I'm also aware of the pressures the marine environment is under. That's why I'm supporting the call for a Marine Bill now to introduce marine reserves to give our wonderful sealife the protection it deserves." 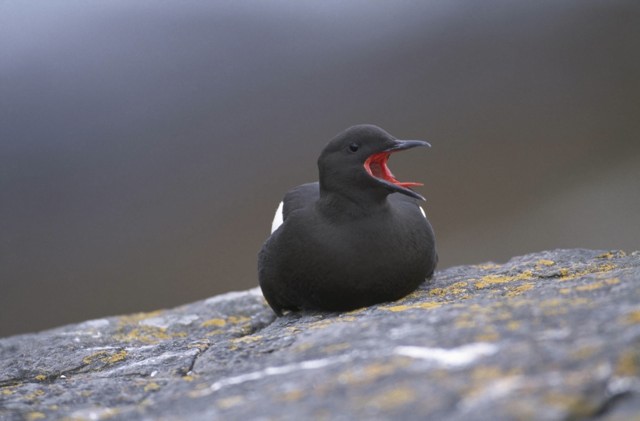 The marine campaign coalition is calling on the Prime Minister to include a full Marine Bill in the Queen's Speech in November - not the draft Bill that was mentioned in Gordon Brown's legislative programme. Putting marine planning at its heart and giving much stronger protection to marine wildlife, the groups says it is vital that the Bill includes measures to designate and conserve nationally-important marine wildlife sites, including highly-protected marine reserves.

Melissa Moore, Marine Conservation Society senior policy officer, said: "We need a full Marine Bill in November's Queen's Speech. A draft Marine Bill next year would be just another consultation and we have had two of those already. The shocking adverts the coalition has placed in today's national papers reflect the urgent need for a Marine Act to halt the demise of a range of UK marine species and habitats while we are on watch." Jan Brown, Senior Marine Policy Officer at WWF says: "Our seas have been in decline for some time and it is imperative that the Government addresses the urgency of the situation and introduces a Marine Bill now. The facts are inescapable, our seas are in crisis. We need to act and cannot afford another year of delay by the Government."

Joan Edwards, head of marine policy for The Wildlife Trusts, said: "The UK public clearly places great value on our seas and believes they should be properly protected. We urgently need new laws to protect our seas and marine life. The number of signatures handed in today shows how public support is growing - as is awareness of how we treat our life support system. But our campaign cannot stop until there's renewed commitment from Gordon Brown to improve the protection and management of the UK's marine environment." 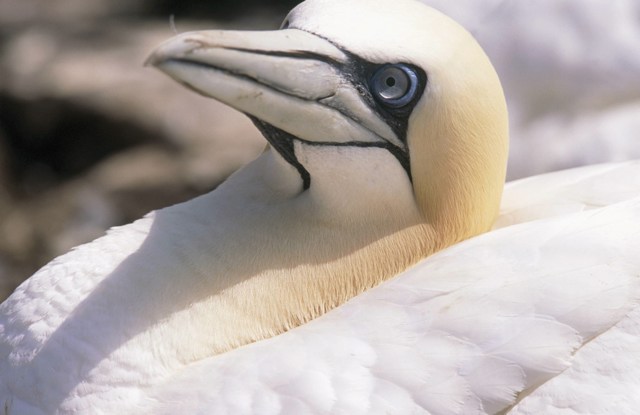 Dr Sharon Thompson, a senior marine policy officer with the RSPB, said: "Seabirds provide one of the greatest wildlife spectacles the UK has to offer. The UK hosts the majority of the global breeding populations of Manx Shearwater, Gannet and Great Skua and the UK coasts throng with millions of individual seabirds, a testament to the richness of our seas. Although these birds are protected on land, at sea they have little protection - a Marine Bill would pave the way for giving them, and the seas they depend upon, the protection they need."

Preliminary work by the RSPB has identified at least 23 examples of sites of national importance for nesting seabirds that could benefit from further protection from a Marine Bill. Although many of the actual nesting colonies are already protected on land, the foraging areas these seabirds need at sea are not protected at all. The list includes St Bees Head, in Cumbria, the only English nesting site for the Black Guillemot; England's rarest nesting seabird. 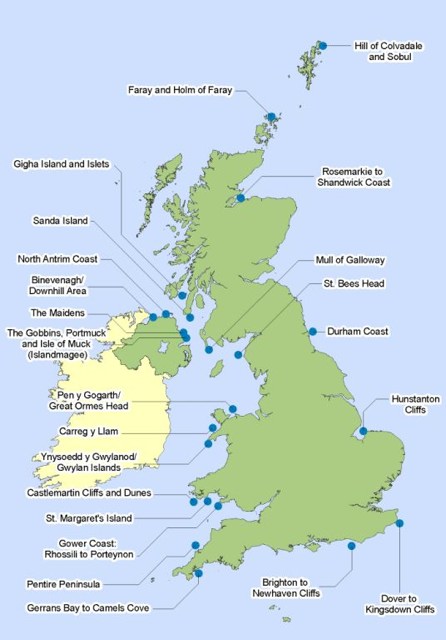 Map of sites of national importance

The call for a Marine Bill has also attracted widespread cross-party support with 117 MPs signing the Early Day Motion (EDM 1833) calling for its introduction in the Queen's Speech. Four children representing the four organisations will hand in the Marine Bill petition to Downing Street at 9am on Wednesday 17th October.