The Japanese government has recently designated four wetland areas as Wetlands of International Importance, with these new designations meaning the country now boasts an impressive 50 Ramsar Sites within its territory.

The first site, Yoshigadaira Wetlands, is located in the centre of Honshu Island on the north-east flank of Mount Kusatsu-Shirane, an active volcano that erupted eight times in the 30 years to 2015. The site comprises a group of moors, ponds, a lake and a stream which developed on low-permeable layers, depressions and a crater created by the volcanic activities. The Site is unique because of the high temperature and acidity from the volcano and volcanic gases. The water of the Anajigoku stream is extremely acidic (pH 2.6-2.8) with abundant iron and sulphur. It hosts the largest community of the aquatic liverwort in East Asia.

Most important for birds is the designation of the tidal mudflats at Higashiyoka-higata and Hizen Kashima-higata as Ramsar Sites. These sites, situated in Ariake Bay, are internationally important in the life cycle of migratory waterbirds such as the critically endangered Spoon-billed Sandpiper, the endangered Black-faced Spoonbill, and the vulnerable Far Eastern Curlew and Saunders's Gull. 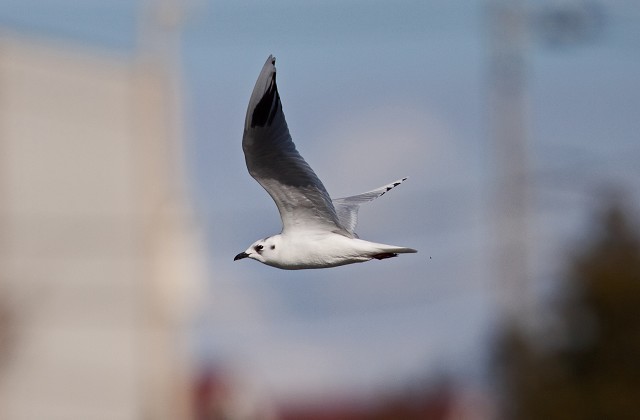 Over the years, the extensive mudflats of Ariake Bay have been subjected to land reclamation and the construction of dykes. As a result these new Ramsar Sites have an increasingly important role in biodiversity conservation in the bay. They also support the livelihoods of the local communities and their traditional fishing and recreational activities.

About 6,000 years ago a rise in sea level on the east coast of Honshu Island formed a cove, and subsequently the narrowing of the cove's entrance with sand from rivers made it into a brackish lake, namely Hinuma. The seawater flows ten kilometres upstream to Hinuma through Naka River and Hinuma River at high tide, and blends with freshwater. Hinuma provides habitats for many species, including nationally endangered species such as the Four-spot Midget Damselfly and Steller's Sea Eagle, the latter one of more than 88 species of bird regularly observed at Hinuma. 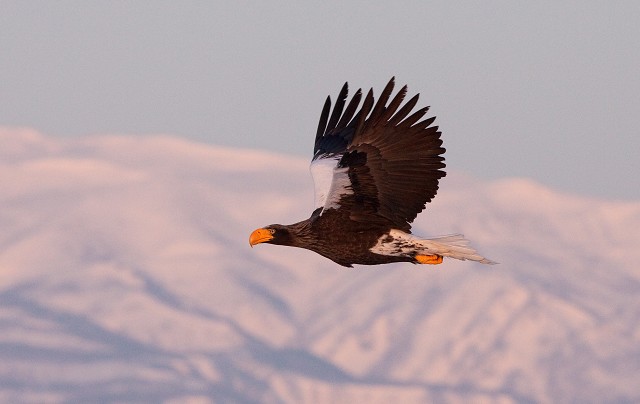 The designation of Hinuma as a Ramsar Site will benefit Steller's Sea Eagles (Photo: Mark Curley)

The final site, Keramashoto Coral Reef, is located in southern Japan's Okinawa Prefecture. Originally designated as a Ramsar Site in 2005 with an area of 353 hectares, its area was greatly increased in 2015 to 8,290 ha. The site is internationally important as a representative of the coral reef ecosystem in the Ryukyu Islands biogeographic region, as well as for its biodiversity. Globally threatened species include the critically endangered Hawksbill Turtle and the endangered Green and Loggerhead Turtles. Keramashoto Coral Reef and the surrounding areas are among the most beautiful marine waters in Japan and are highly valued for nature observation and tourism. Two nearby villages have developed a programme to conserve the coral reefs and to promote sustainable resource use.