A Jack Snipe drew crowds of onlookers to a public square in Stockholm on Monday [28 October].

The bird spent much of the day in Sergel's Square, the most central public square in the Swedish capital, favouring the only greenery in the immediate area – a small selection of flowers and signs laid out in support of the people of Chile, where an ongoing humanitarian crisis is currently worsening. 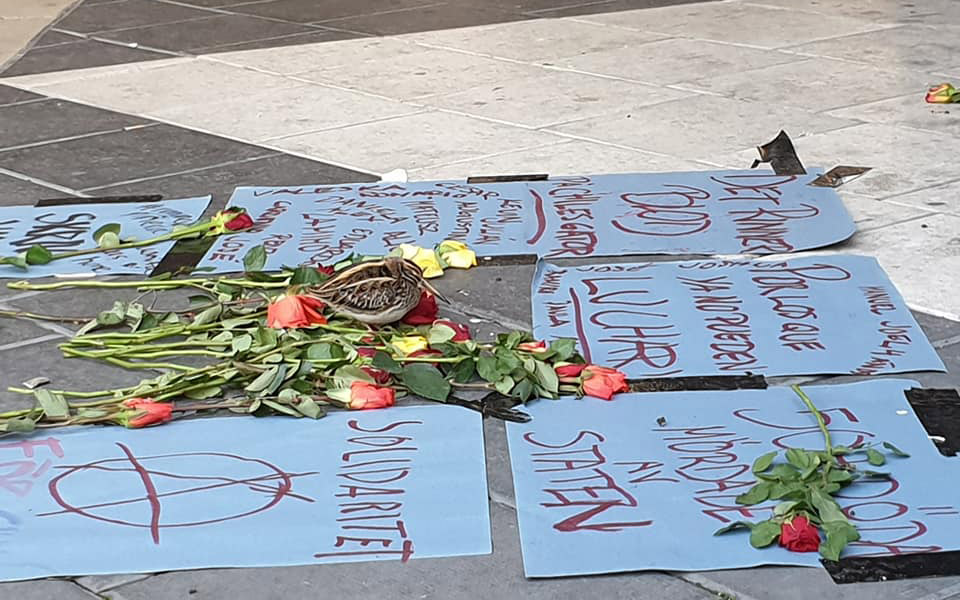 The Jack Snipe sat among a small selection of flowers and messages laid out in support of the people of Chile (Malin Löfgren).

It showed no obvious signs of injury but, being in the middle of the concrete jungle, it seems unlikely that it would have chosen to have been there of its own accord. Local birders suspect it may have collided with a window and been momentarily stunned, thus having to spend the day recovering in the square. Jack Snipe is normally a scarce bird in and around the Swedish capital.

Leaving nothing to chance, local wildlife rescure organisation Stockholm Wild Bird Rehab caught the bird during the evening and took it for assessment. If found to be healthy, it will be released in due course.