It's time for Malta to stop slaughtering Europe's birds

The illegal killing of birds migrating across Malta must stop now. That's the message the RSPB is delivering today to its million-strong membership. The Society is urging members and the public to show their condemnation by signing a petition — forming part of an international push — that will be delivered to the Maltese authorities. 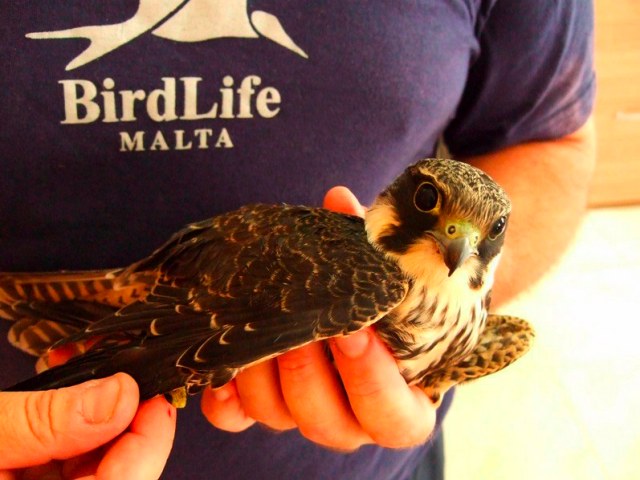 The RSPB's plea for the cessation of illegal hunting on the islands comes just weeks before millions of birds begin passing through the Mediterranean in spring, en route to Europe after spending the winter in Africa.

Malta lies on one of the key bird-migration routes linking Europe and Africa. An analysis by BirdLife Malta, the RSPB's partner in the islands, has shown that over the last three years at least 79 species of bird have been shot illegally, including 17 species of birds of prey — just under half the total nesting in continental Europe. BirdLife Malta states that thousands of protected species, the majority of which are birds of prey or herons, are persecuted each year during migration. 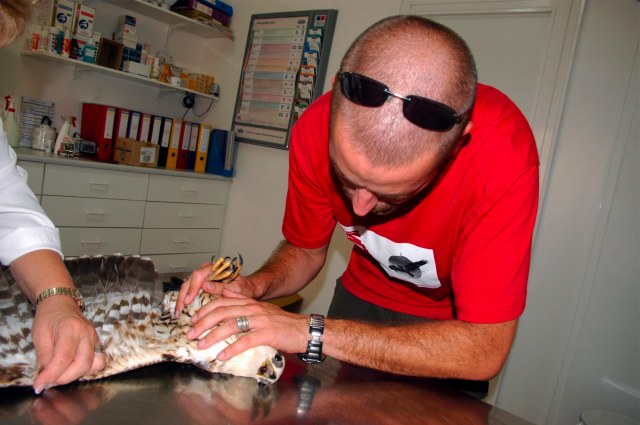 Dr. André Raine, BirdLife Malta's Conservation Manager, at a vets with a pale-phase Honey Buzzard which was found with shotgun wounds. The bird, which had suffered horrific internal injuries, was later put to sleep at a Malta veterinary practice. Malta, September 2008. (Photo: Grahame Madge (rspb-images.com))

As if the illegal hunting situation isn't enough, Maltese hunters have recently requested that the islands' government defy international bird protection laws and the European Court of Justice by again permitting the spring shooting of Quail and Turtle Dove, ignoring the will of people across Malta, Europe and the European Commission. The RSPB, BirdLife International and BirdLife Malta are objecting to this action that will result in the deaths of many, many more birds and will provide a 'smokescreen' for illegal hunters targeting other species.

Dr Tim Stowe, the RSPB's International Director, said: "The Maltese government has shown little interest in upholding the letter or the spirit of the EU Birds Directive that was created to protect wild birds and which conservationists fought so hard to secure many years ago. The RSPB and our partners within BirdLife International are determined that the advances we have made will not be reversed. We cannot just sit back and allow this to happen."

BirdLife Malta is one of eight Maltese environmental NGOs joining forces to counter the hunting lobby's recent demand to reopen a spring hunting season. Speaking on behalf of the coalition, BirdLife Malta President Joseph Mangion said: "The shooting of migratory birds, before they have had a chance to produce young, is not a sustainable hunting practice and this is why it is forbidden by European law."

A European Court of Justice ruling last year showed that Malta could not meet the conditions necessary to allow its hunters to hunt Turtle Dove and Quail on spring migration. Members states of the European Union have to meet all the conditions set by the Birds Directive and the ruling concluded that Malta failed to comply with the conditions laid down and therefore failed to fulfill its obligations under the Birds Directive. Opinion polls have repeatedly shown an overwhelming majority of Maltese people are against spring hunting.

For further information about the pledge, please visit www.rspb.org.uk/supporting/campaigns/illegalkilling/index.asp.