The Italian government has given its approval for industrial-scale hunting of European Turtle Dove to take place in the country this autumn.

With around 500,000 licensed hunters in Italy, the permitted quota of 15 doves per hunter between 1 and 21 September equates to 7.5 million birds.

The staggering figure equates to the majority (or entirety, depending on population estimates) of Europe's breeding population of the dove, which has declined rapidly across large swathes of the region in recent decades due to a combination of excessive hunting and intensive agriculture.

And, while it is highly unlikely that so many European Turtle Doves could be shot in a three-week period, the government's consent for such a plan nonetheless sends the message that it is OK to do so, despite the species' precarious conservation state. 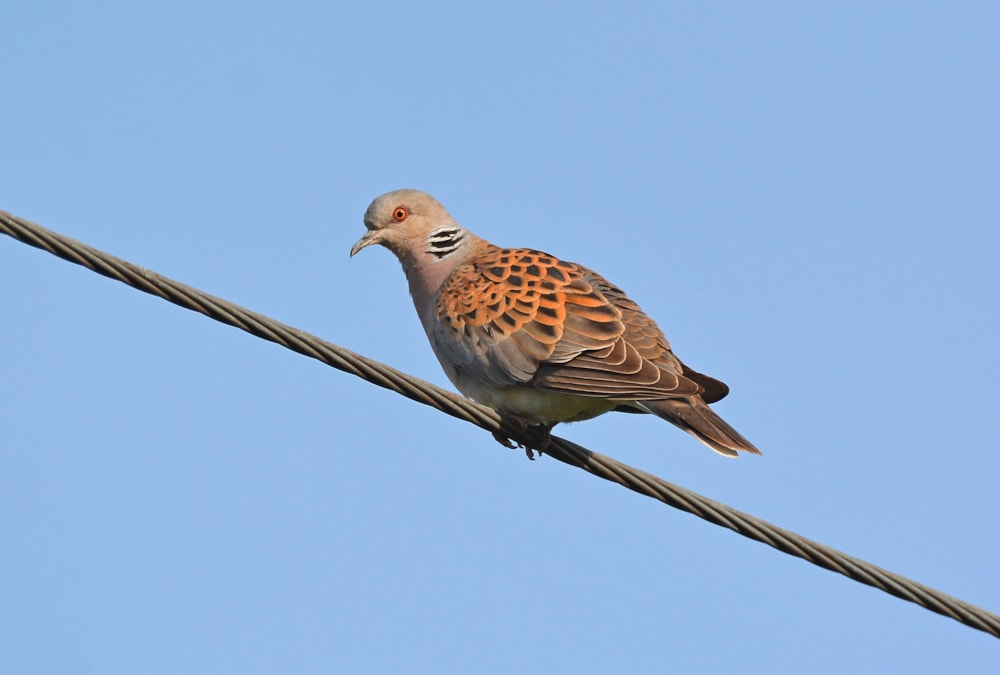 With 500,000 licensed hunters in Italy, the government's decision to allow a bag of 15 European Turtle Doves per hunter equates to a staggering 7.5 million birds (Damian Money).

Axel Hirschfeld, spokesperson for the Committee Against Bird Slaugher (CABS), said: "Hunting of this species is not sustainable and will accelerate the decline until no birds are left. Driven by their selfish hobby, Italian hunters do not want to renounce their beloved prey. The Federcaccia Italia, member of FACE, the European Hunting Federation, has been lobbying strongly to continue blasting the very last turtle doves from the sky."

In 2015, the IUCN Red List upgraded European Turtle Dove from Least Concern to Vulnerable, on the back of a shocking 78% decline since 1980. In western Europe, the species has suffered a particularly appalling range retraction and drop in numbers – including Britain, where it has been reduced by 94% since 1995. Italy is situated on an important migration route for turtle doves.

Last summer, the French government gave the green light for tens of thousands of European Turtle Doves to be legally killed in autumn 2020, only to backtrack on its decision a few weeks later after widespread condemnation from across Europe.