Three Italian hunters have been reprimanded for trying to leave Norway with more than 2,000 dead thrushes in their luggage.

The criminals were apprehended on 29 October and found to be in possession of 2,027 individual thrushes, most of which were Redwings and Fieldfares. However, 31 Blackbirds and 10 Song Thrushes were also discovered. Both species are fully protected in Norway. 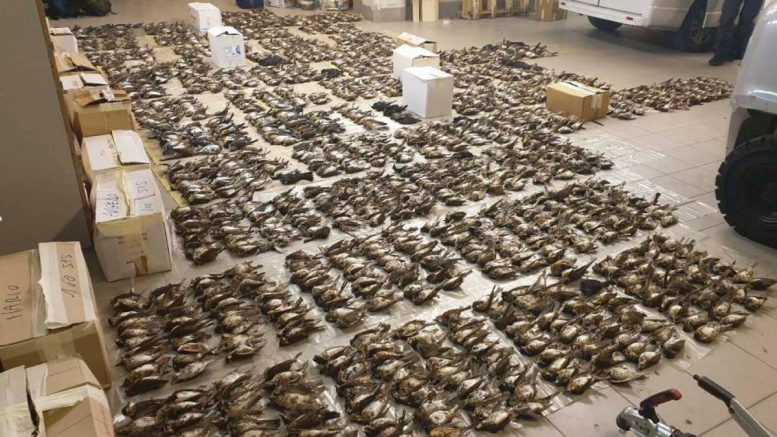 Some of the 2,027 dead thrushes seized by Norwegian customs (Politiet).

The hunting of Redwings and Fieldfares is allowed in Norway if the necessary permits are obtained. However, of the three Italian hunters, only one of them had officially registered.

It was Økokrim, Norway's National Authority for Investigation and Prosecution of Economic and Environmental Crime, that first received tips about the illegal activity and went on to notify customs.