One of the young White-tailed Eagles released on the Isle of Wight in 2019 spent much of the summer in southern Scotland, according to the Roy Dennis Wildlife Foundation.

The bird, a female known as 'G324', travelled purposefully north to Northumberland in early June, before continuing to North Berwick, on the southern shore of the Firth of Forth. She subsequently spent two months in the Lammermuir Hills area of East Lothian from 28 June, favouring the lowers slopes of the hills, where rabbit prey is numerous.

Then, on 26 August, G324 began to head south. After spending a couple of days near Jedburgh, Borders, she crossed into England on 29th and spent most of the day near Kielder Water, Northumberland. By 30th she was 50 km to the south in Weardale, Co Durham. 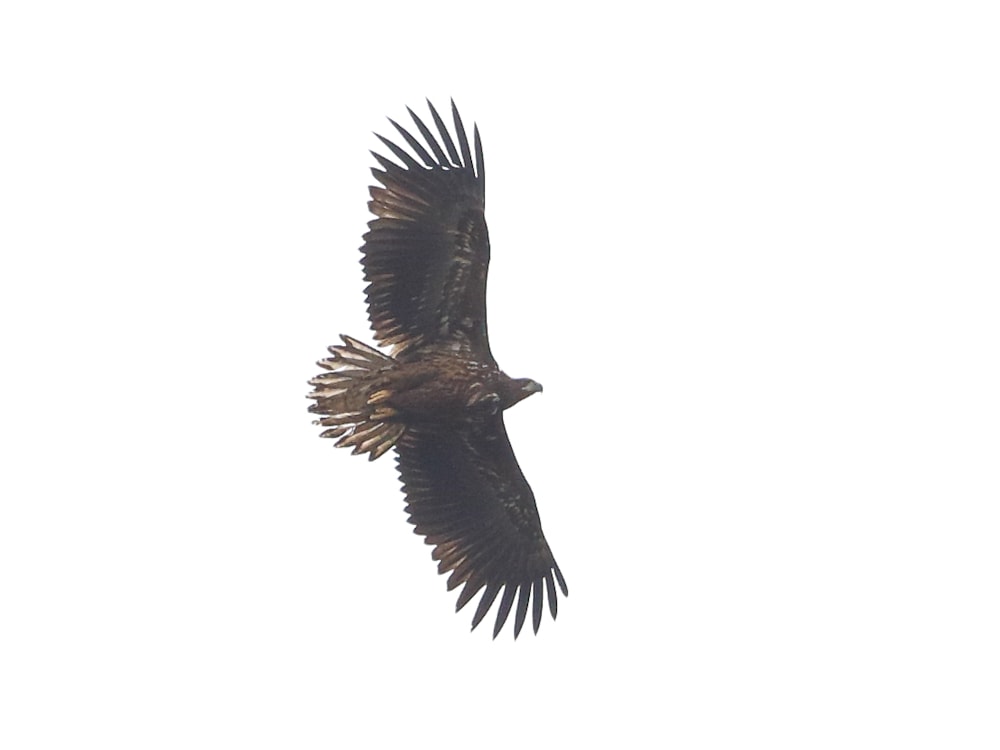 After a summer in Scotland, G324 (not pictured above) is now back on the Isle of Wight (Heiko Peters).

The 31st was a big day for G324, moving south into North Yorkshire at altitudes of up to 1.2 km. She lingered here for a couple of days before another southward movement on 3 September, passing west of York and south into Lincolnshire, roosting south of Scunthorpe.

By the evening of 4th she was in Northamptonshire, before continuing through Bedfordshire on 5th and roosting just east of Reading. It was 7th by the time G324 made another significant move into Hampshire, before finally returning to the Isle of Wight on 8th.

Prior to this extended excursion, G324 had only made a couple of noteworthy movements since her release in 2019. After having spent the entire winter on the Isle of Wight, she made brief excursion to Sussex and Surrey on 25 March, before returning to the island. However, on the morning of 4 April G324 crossed the Solent and flew into Hampshire, passing Winchester at 1 pm. Two hours later she was flying north-east through Cambridgeshire and that night roosted just north Lakenheath Fen in south-west Norfolk, after a flight of 245 km. G324 then visited a site in north Norfolk, before making taking a more easterly route back to the Isle of Wight via Suffolk, Essex and Kent, resulting in a six-day. 650-km trip.

Since her return to the Isle of Wight, G324 has been mixing with this year's released juveniles and also G274, another of last year's birds.

Find out more at www.roydennis.org.