The Roy Dennis Wildlife Foundation has revealed that one of the Isle of Wight White-tailed Eagles has successfully crossed the Channel into France.

Known as 'G463', the eagle is one of those released in summer 2020 and, like its congeners, has been ranging widely in recent weeks. 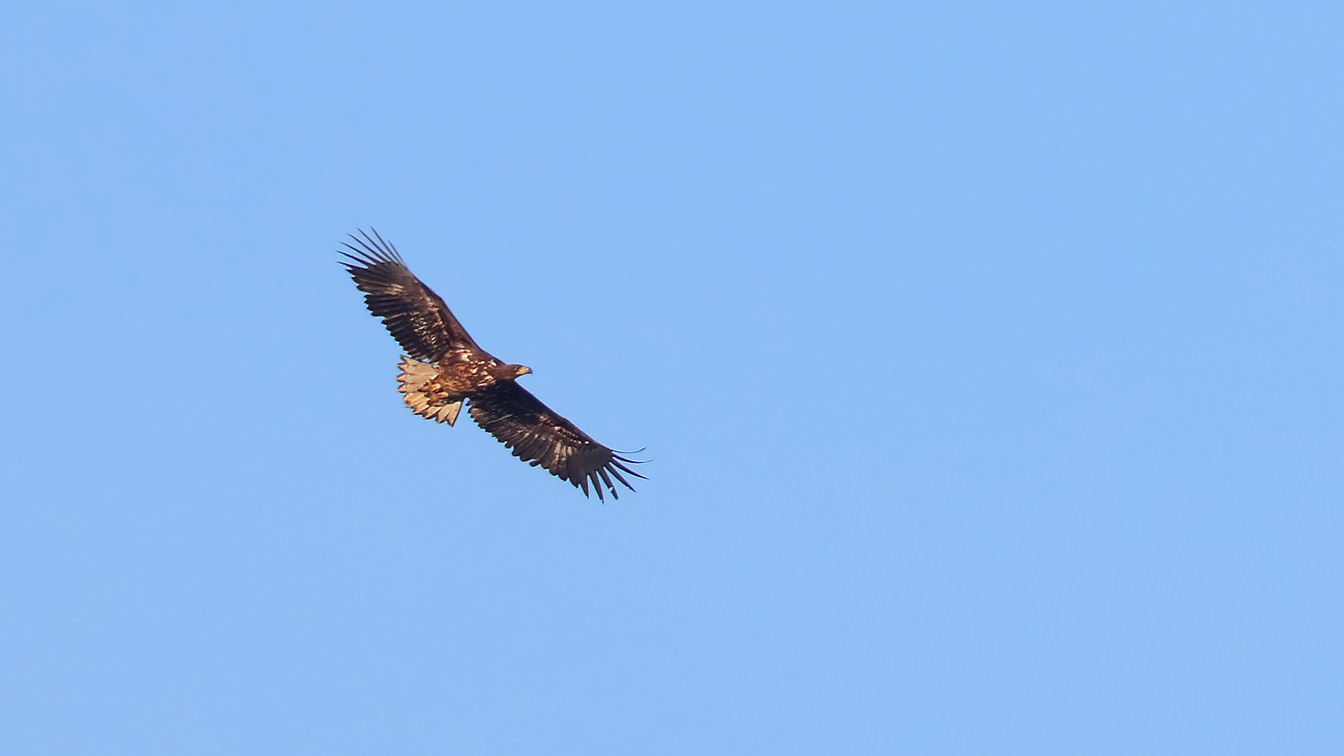 After roosting near Alton Water, Suffolk, on the evening of 4 April, G463 moved south through Essex and into Kent on 5th, reaching the coast at Dover by mid-afternoon. Between 2.35 pm and 2.55 pm, G463 flew almost 7 km out into the Channel before slowly returning back to land, battling into a stiff northerly breeze.

Clearly unperturbed, G463 made another attempt at the crossing just after 1 pm on 6th. Aided by a brisk north-westerly tailwind, it flew the 47 km between Dungeness and Boulogne-sur-Mer in just 40 minutes after leaving the Kent coast at an altitude of 1,382 m. Eventually it settled to the east of Amiens, roughly 100 km north of Paris, that evening.

G463's journey is a significant milestone for the project, for it's the first time that any of the reintroduced eagles have left British airspace and crossed over to the European mainland. 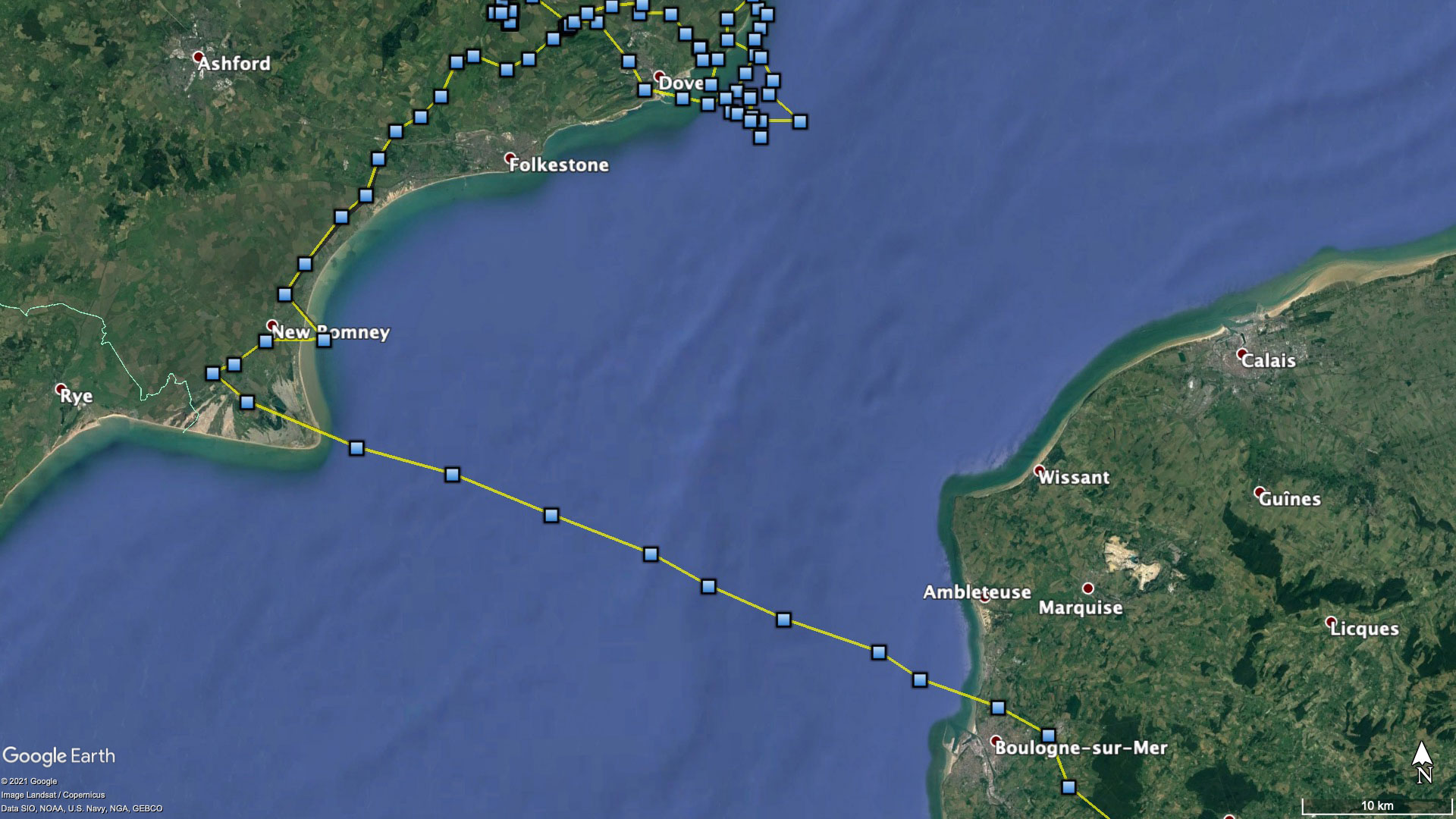 Tracking data from the Roy Dennis Foundation shows the bird's attempted crossing near Dover on 5 April, before travelling west to Dungeness on 6th and crossing the Channel in a south-easterly direction to Boulogne-sur-Mer.

Meanwhile, another of 2020's releases – 'G405' – covered more than 1,000 km in the second half of March, having reached the Scottish Borders on 1 April. 'G471' has been touring East Anglia, making multiple visits to Grafham Water and the Ouse Washes, Cambridgeshire, as well as touring Lincolnshire and Norfolk.

Keep up to date with the Isle of Wight eagles at www.roydennis.org/isleofwight or on Twitter: @RoyDennisWF